To describe the last few weeks and the upcoming days as tumultuous would be an understatement. I believe that now, more than ever, we need an extra dose of art to distract us and keep our spirits high. 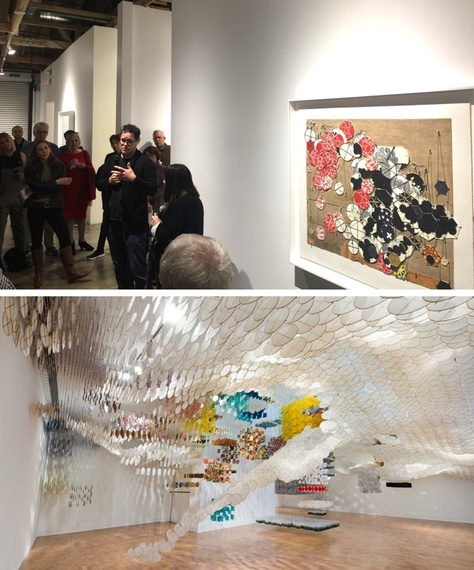 Last Saturday, I went to see the exhibition of new works by Jacob Hashimoto at Mixografia, a print workshop in Downtown L.A. renowned for producing and publishing limited edition prints and sculptures by leading contemporary artists. Currently based in New York, Jacob Hashimoto started his career here in L.A. and I've been following his work for years. Three years ago, he had a very ambitious sculptural installation at MOCA's satellite Pacific Design Center. Thousands of Hashimoto's trademark small paper kites were suspended from the ceiling in the shape of billowing clouds. 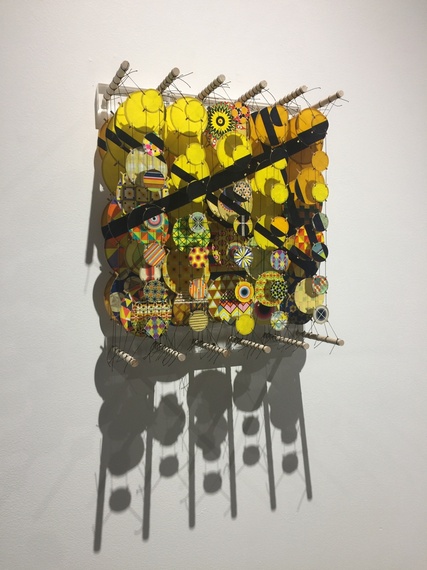 On Saturday at Mixografia, the artist gave a talk about his new prints, which have an unusually rich 3-dimensional texture. After looking at them carefully, one is tempted to describe them as sculpted paper reliefs rather than traditional prints. 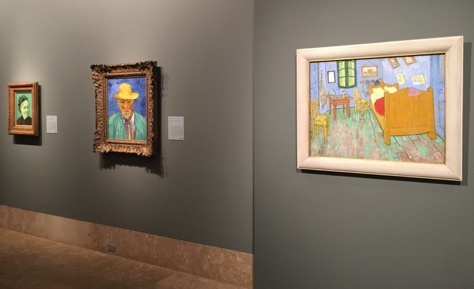 That same day, I managed to get over to Pasadena, to the Norton Simon Museum to see the famous Van Gogh (1853-1890) painting, Bedroom at Arles, on loan from the Art Institute of Chicago. There are two more versions of this painting: one in Amsterdam at the Van Gogh Museum and another in Paris at the Musée d'Orsay. But somehow, this Chicago version of Bedroom (1889) has extra oomph, with its more pronounced brushwork and slightly brighter palette. If you haven't been to the Norton Simon recently, I highly recommend going there before this great painting returns to Chicago on March 6th. Until then, you can enjoy seeing it accompanied by half a dozen of Van Gogh paintings from the Norton Simon Museum's permanent collection. 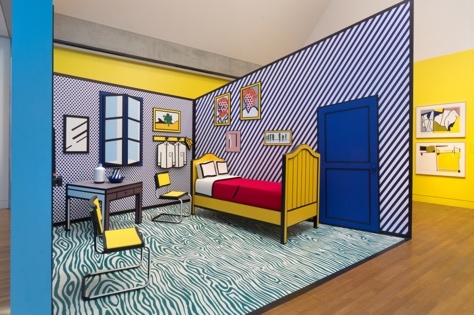 And here's yet another welcome distraction; A few months ago, I talked about the exhibition at the Skirball Cultural Center, Pop for the People: Roy Lichtenstein in L.A. The exhibition runs until March 12th. As a pure coincidence, the Skirball's curators chose one of the prints by Lichtenstein -- his homage to Van Gogh's Bedroom at Arles -- to build into a life-size recreation of the bedroom as reimaged by Lichtenstein. There is plenty of tension hovering in this interior due to the dramatic relationship between Van Gogh and Gaugin, who stayed together in Arles for a few weeks. But here at the Skirball, you have the choice of asking your kids to sit on the bed, smile, and -- drama be damned -- snap a happy picture. 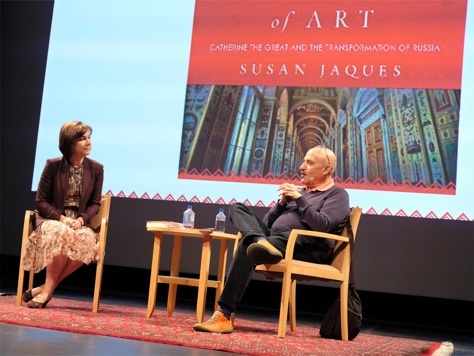 Sunday at the Getty Center, I had the pleasure of joining Susan Jaques in conversation on the stage of the Harold Williams Auditorium, where we talked about her new book Catherine the Great: The Empress of Art. According to Jaques, Catherine "was a self-proclaimed 'glutton for art' and she would be responsible for the creation of the Hermitage, one of the largest museums in the world, second to only the Louvre". There were plenty of fascinating stories to share, including secret sales of the Hermitage's masterpieces by the communist government in the 1920s to Andrew Mellon, the U.S. Secretary of the Treasury. Years later, when Andrew Mellon established the National Gallery of Art in Washington D.C. and donated his private collection to the Gallery, some of the paintings bought by Catherine the Great for the Hermitage ended up proudly displayed in Washington. 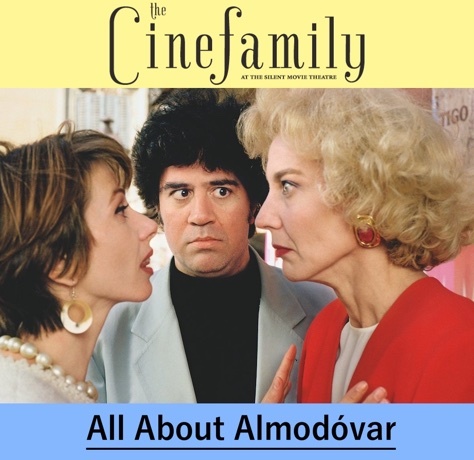 Now, let's step into the rather crazy but amusing world of Pedro Almodóvar, the Spanish filmmaker whose films are part of the current retrospective at the Cinefamily. Almodóvar's films are an incomparable combination of profound and hilarious observations on human nature. Few directors can create female characters as intriguing, complex -- and yes, crazy -- as he does.
With all of the above, it's time to evoke the Latin saying ars longa, vita brevis -- which, in my imperfect translation, goes "life is short but art is forever".