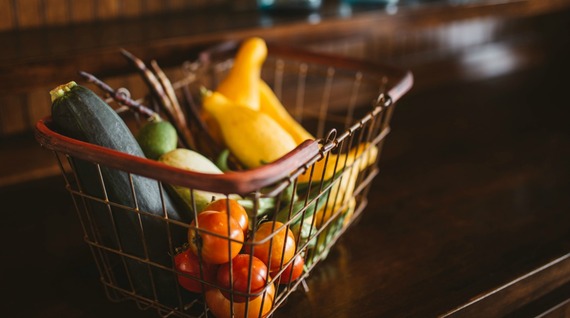 Omega: Why do you think so few people have studied radical remissions before?

Kelly: I think doctors haven't studied it because they can't explain it from their frame of reference; it doesn't make sense according to the Western medical model. Why other people haven't studied it is a mystery to me. I came through a side door in the sense that I was counseling cancer patients. I was a psychotherapist who had been trained in social science research, and it was just the right fit because I wasn't threatened by these cases. As a counselor, I was used to working with people trying to uncover what made them do something or why they were reacting in a certain way. So this idea of digging for answers was already an integral part of my work.

Omega: Do you still believe in the idea of an "incurable" disease?

Kelly: No, I have to say I don't. I've interviewed people who have had massive brain tumors in the center of their brain that were just growing and expanding by the day, and they were sent home on hospice to die. But even they turn it around. Does that happen every single time? Absolutely not. But our goal is to keep researching these rare cases to figure out, "Why did they heal?"

I believe that anything is curable at this point because I've just seen it. Even people who say, "Oh I believe my cancer was caused by radiation damage," they somehow got their body to heal itself and repair itself. It's hopeful to know that at least a few people on this planet have turned around incredibly dire circumstances where their organs were shutting down. Mostly it gives me a lot of awe for the immune system. While I believe that this system is a physical thing, it's very much triggered by an integrated mind/body/spirit system.

So in the end it might be the T cells that finally woke up and popped all those cancer cells. But what triggered those T cells to finally wake up? Could it have been spending a year deep in meditation? Absolutely. Yes, we are in these bodies, but everything we're doing with our mind and our spirit has an effect on the body.

Omega: What suggestions do you have for people who are ill and have exhausted all Western medical resources?

Kelly: It's important for me to say in every interview that I don't give medical advice nor do I even give advice really. I'm just here to report on my research, and I can certainly say what radical remission survivors would do from a research standpoint.

The second thing to digest is that statistics are general; you are individual. So if there is a .01 percent chance that you're going turn this around, someone has to be that .01 percent chance, right? Those statistics exist and someone must fall in that rare exception category. Why shouldn't it be you?

Step three is to read as many radical remission stories as you can, because it just tells you what is possible. Radical remissions happen; they are a fact. You're not reading fantasies; these are true stories and they actually happened to other people. Just knowing that they've happened can start getting you to shift your feelings about your situation.

Omega: What are some of the most powerful changes people can make to their diet without buying supplements or expensive superfoods?

Kelly: The simplest change you can make if you want to eat like a radical remission survivor is to make sure that half of your plate is vegetables and/or fruit at every meal, including breakfast. So if you are eating cereal with milk in the morning, what if you did granola with a little bit of milk and then a huge bowl of fruit? Then you have some whole grains; you have some protein in whatever milk you're drinking; and half your meal is this big bowl of fruit.

The other simple change you can make is going organic. Everybody freaks out about the cost, but I always say that some of the most expensive things on your grocery bill are meat, alcohol, and dairy. If you reduce meat to once a week, you can really reduce your grocery bill. So the organic fruits and vegetables may cost more, but in the end you'll go home with the same grocery bill.

Omega: What is the biggest lifestyle change you've made since starting your research?

Kelly: I try my best to incorporate all nine of the healing factors in to my life. I would say food is the most tangible because I think about it three times a day, and especially now that I have young children and I'm cooking for them. I don't really cheat anymore.

From a more emotional standpoint, I would say worrying less has been a big shift that I've noticed in the past 10 years since I started this research.

Explore more in the category of Health & Healing.

More:
healthy livingcancer self careresearchHealth
Newsletter Sign Up
The essential guide to taking care of your mind and body
Subscribe to HuffPost’s wellness email
Successfully Subscribed!
Wellness delivered to your inbox