One of the most popular inspirational works of the last century was a collection of prose poems called The Prophet. Its author, Lebanese-American poet and artist Kahlil Gibran, was born 133 years ago this Wednesday.

The Prophet offers the philosophical musings of a wise man named Al Mustapha, who shares insight about love, family, work, death and other common threads that unite humanity. Though panned by critics when it was first published in 1923, the book was embraced by the public and translated into multiple languages. It achieved a cult status in the United States during the Vietnam War, becoming what some called the "bible of the counter culture."

Much of Gibran's work in both Arabic and English is infused with a deep sense of spirituality. In addition to his family's Maronite Catholic faith, his views on God were influenced by Sufi mysticism and other religious traditions. He became convinced of the "fundamental unity of all religions."

In honor of his Jan. 6 birthday, here are 14 life lessons from Gibran's writings that may speak particularly to those spiritual seekers who, like many Americans, do not identify with one organized faith.

"You are my brother, and I love you. I love you when you bow in your mosque, kneel in your temple, pray in your church. For you and I are sons of one religion, and it is the spirit." -- Kahlil Gibran

"Is not religion all deeds and all reflection, and that which is neither deed nor reflection, but a wonder and a surprise ever springing in the soul, even while the hands hew the stone or tend the loom?" -- Kahlil Gibran

"If you would know God be not therefore a solver of riddles. Rather look about you and you shall see Him playing with your children." -- Kahlil Gibran

"The most pitiful among men is he who turns his dreams into silver and gold." -- Kahlil Gibran

"What is it to die but to stand naked in the wind and to melt into the sun? And what is to cease breathing, but to free the breath from its restless tides, that it may rise and expand and seek God unencumbered?" -- Kahlil Gibran

"Out of suffering have emerged the strongest souls; the most massive characters are seared with scars." -- Kahlil Gibran

"Accept the seasons of your heart, even as you have always accepted the seasons that pass over your fields. And you would watch with serenity through the winters of your grief." -- Kahlil Gibran

"Spare me the political events and power struggles, as the whole earth is my homeland and all men are my fellow countrymen." -- Kahlil Gibran

"Only great sorrow or great joy can reveal your truth." -- Kahlil Gibran

"When you are sorrowful, look again in your heart, and you shall see that, in truth, you are weeping for that which has been your delight." -- Kahlil Gibran

Quotes were collected from online versions of The Prophet, The Vision and articles on Al Arabiya, The Daily Beast and The Huffington Post. 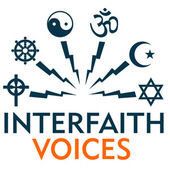