In the past 10 years, I've realized that our culture is rife with ideas that actually inhibit joy. Here are some of the things I'm most grateful to have unlearned:

1. Problems are bad. You spent your school years solving arbitrary problems imposed by boring authority figures. You learned that problems -- comment se dit? -- suck. But people without real problems go mad and invent things like base jumping and wedding planning. Real problems are wonderful, each carrying the seeds of its own solution. Job burnout? It's steering you toward your perfect career. An awful relationship? It's teaching you what love means. Confusing tax forms? They're suggesting you hire an accountant, so you can focus on more interesting tasks, such as flossing. Finding the solution to each problem is what gives life its gusto.

2. It's important to stay happy. Solving a knotty problem can help us be happy, but we don't have to be happy to feel good. If that sounds crazy, try this: Focus on something that makes you miserable. Then think, "I must stay happy!" Stressful, isn't it? Now say, "It's okay to be as sad as I need to be." This kind of permission to feel as we feel -- not continuous happiness -- is the foundation of well-being.

3. I'm irreparably damaged by my past. Painful events leave scars, true, but it turns out they're largely erasable. Jill Bolte Taylor, the neuroanatomist who had a stroke that obliterated her memory, described the event as losing "37 years of emotional baggage." Taylor rebuilt her own brain, minus the drama. Now it appears we can all effect a similar shift, without having to endure a brain hemorrhage. The very thing you're doing at this moment -- questioning habitual thoughts -- is enough to begin off-loading old patterns. For example, take an issue that's been worrying you ("I've got to work harder!") and think of three reasons that belief may be wrong. Your brain will begin to let it go. Taylor found this thought-loss euphoric. You will, too.

4. Working hard leads to success. Baby mammals, including humans, learn by playing, which is why "the battle of Waterloo was won on the playing fields of Eton." Boys who'd spent years strategizing for fun gained instinctive skills to handle real-world situations. So play as you did in childhood, with all-out absorption. Watch for ways your childhood playing skills can solve a problem (see #1). Play, not work, is the key to success. While we're on the subject...

5. Success is the opposite of failure. Fact: From quitting smoking to skiing, we succeed to the degree we try, fail, and learn. Studies show that people who worry about mistakes shut down, but those who are relaxed about doing badly soon learn to do well. Success is built on failure.

6. It matters what people think of me. "But if I fail," you may protest, "people will think badly of me!" This dreaded fate causes despair, suicide, homicide. I realized this when I read blatant lies about myself on the Internet. When I bewailed this to a friend, she said, "Wow, you have some painful fantasies about other people's fantasies about you." Yup, my anguish came from my hypothesis that other people's hypothetical hypotheses about me mattered. Ridiculous! Right now, imagine what you'd do if it absolutely didn't matter what people thought of you. Got it? Good. Never go back.

7. We should think rationally about our decisions. Your rational capacities are far newer and more error-prone than your deeper, "animal" brain. Often complex problems are best solved by thinking like an animal. Consider a choice you have to make -- anything from which movie to see to which house to buy. Instead of weighing pros and cons intellectually, notice your physical response to each option. Pay attention to when your body tenses or relaxes. And speaking of bodies...

8. The pretty girls get all the good stuff. Oh, God. So not true. I unlearned this after years of coaching beautiful clients. Yes, these lovelies get preferential treatment in most life scenarios, but there's a catch: While everyone's looking at them, virtually no one sees them. Almost every gorgeous client had a husband who'd married her breasts and jawline without ever noticing her soul.

9. If all my wishes came true right now, life would be perfect. Check it out: People who have what you want are all over rehab clinics, divorce courts, and jails. That's because good fortune has side effects, just like medications advertised on TV. Basically, any external thing we depend on to make us feel good has the power to make us feel bad. Weirdly, when you've stopped depending on tangible rewards, they often materialize. To attract something you want, become as joyful as you think that thing would make you. The joy, not the thing, is the point.

10. Loss is terrible. Ten years ago I still feared loss enough to abandon myself in order to keep things stable. I'd smile when I was sad, pretend to like people who appalled me. What I now know is that losses aren't cataclysmic if they teach the heart and soul their natural cycle of breaking and healing. A real tragedy? That's the loss of the heart and soul themselves. If you've abandoned yourself in the effort to keep anyone or anything else, unlearn that pattern. Live your truth, losses be damned. Just like that, your heart and soul will return home.

PHOTO GALLERY
Happy Things That Can Stress Us Out

Own OWN Empower Yourself Life Lessons Martha Beck 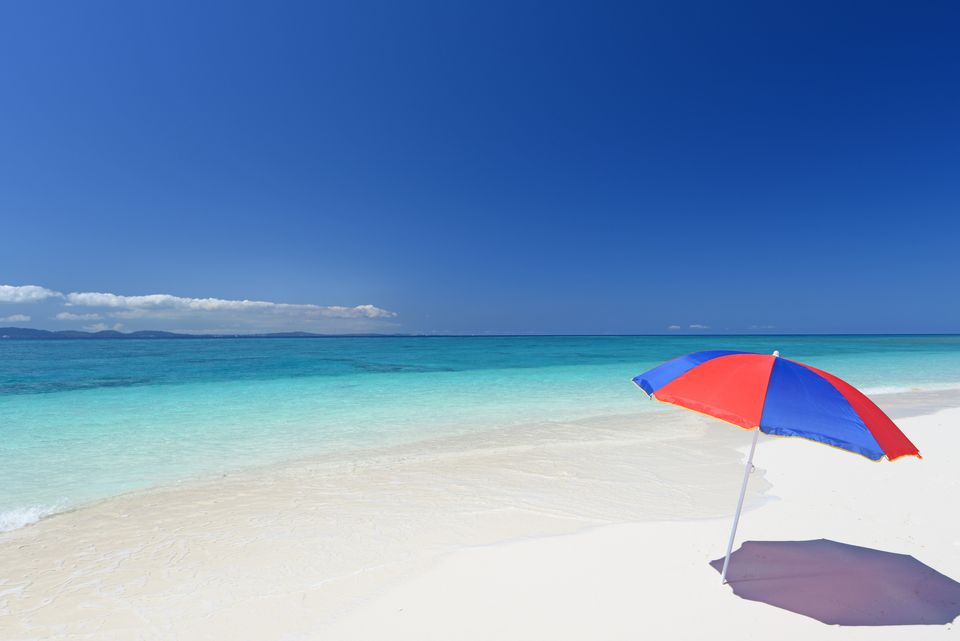 1 / 7
Taking A Vacation
Leaving the office and unplugging for long enough to take a real vacation -- something that is, by definition, supposed to be relaxing -- can actually end up stressing you out. <a href="http://online.wsj.com/article/SB10001424052748704324304575306591706447132.html">According to an Expedia.com survey</a>, 53 percent of working Americans don't come back from vacation feeling refreshed, and 30 percent struggle to deal with work stress during their vacation time. Leaving work responsibilties back at the office during vacation time can also become a source of guilt. Dr. Bryan E. Robinson tells the Washington Post that mindfulness can help combat work-related vacation anxiety: "Work on not working," <a href="http://online.wsj.com/article/SB10001424052748704324304575306591706447132.html">he told the publication</a>. "With five minutes to think, ask yourself, 'Why do I work this way? Why am I rushing?' Most of us keep judging ourselves all the time, workaholics especially. It's never enough. Examine those feelings. They might lead you to enlightenment."
alamy