My dog's name is Fred. Fred is a 20-pound poodle with a no-nonsense attitude toward everyone but me. My wife and daughters named him after me because he tried to copy my habits when he was a puppy. He would watch me eat and beg for scraps and when I refused, he would go to his food bowl and eat until he fell asleep in the bowl. This happened so many times that I was compelled to set a better example by eating less. Amazingly, I was passing bad eating habits to my dog. Like Larry the Cable Guy says, "That's funny, I don't care who you are..."

Fred is now 11 years old and he stopped falling asleep in his food bowl long ago. He guards our home with military precision (when he is not sleeping), and like me, he is showing the signs of age. 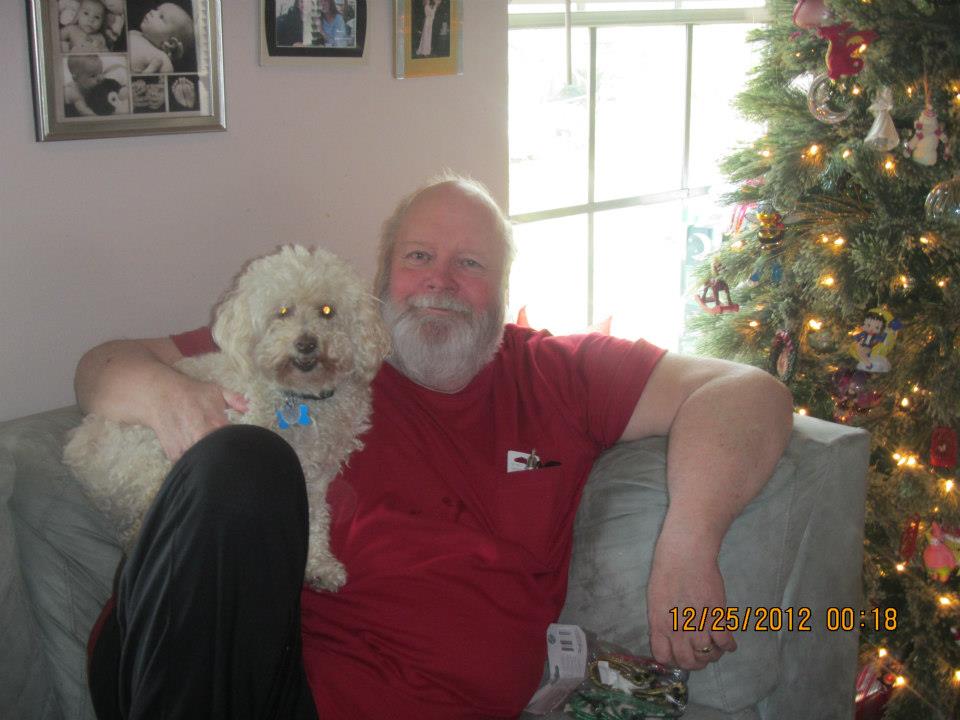 Fred and I have spent almost every day together since he was weaned by his mother.

At the Lundgren home, we are known as "Big Fred" and "Little Fred," but we both come to attention whenever my wife calls our name.

My wife says that Fred and I are beginning to look alike, and one of our daughters joked that if Fred went bald, he would look exactly like me.

Fred reached the age of 11 about the same time I reached the age of 64. So, based on the modern formula for calculating a dog's age in human years, Fred and I are about the same age. However, Fred is in much better health than I am, something his veterinarian and my cardiologist will affirm. To regain my health, I have lost 80 pounds and I have become a vegan. These days, my diet consists of foods that Fred refuses to eat. When I give him scraps, he buries them in the flower bed.

My dog's easy lifestyle compared with my stressful life could be just enough to offset our genetic longevity differences. After all, some poodles live to age 25.

As I write this blog, Fred is asleep beside me without a care in the world while I am so concerned about our longevity that I am compelled to write a blog on the subject.

Fred and I spend most of our days writing blogs, listening to KCAA Radio and answering emails from listeners and readers. During evenings, we usually watch at least two hours of MSNBC. There is always something happening in Washington that upsets me. There is always another letter to write, another petition to sign and a new issue to bolster. All the while, Fred takes everything in stride. Somehow, he has learned to ignore the constant prattle coming out of Washington. When I stress out, Fred will literally position himself between me and the computer screen and push my hand away from the keyboard with his nose, all my protestations notwithstanding. He will not stop this behavior until I close my computer.

Perhaps I could learn some things from my dog.