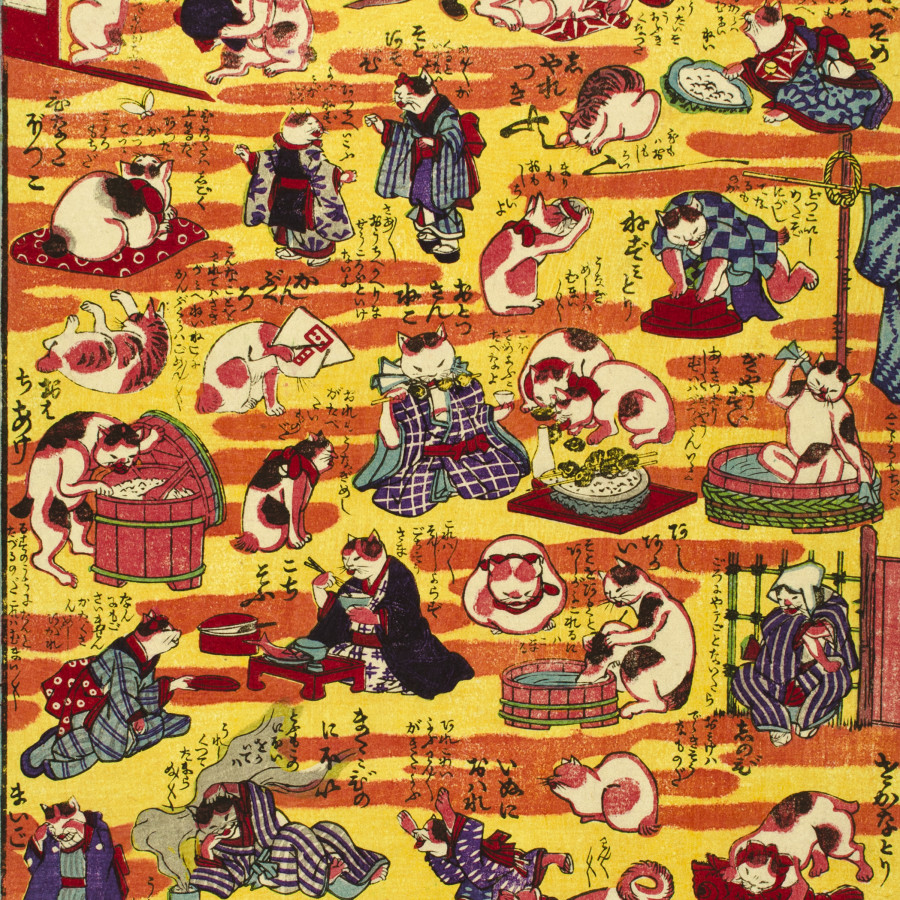 For those following the wonderful world of cat art (aren't we all?), we have news for you.

Earlier this year we reported on the exhibition "Life of Cats: Selections from the Hiraki Ukiyo-e Collection," a show highlighting the very real history of felines infiltrating the woodblock prints of the Japanese Edo Period. Yes, from roughly 1615 to 1868 more than a few four-legged friends wound their way into the frames of at least 120 artworks. In the vivid color prints, the cats lounged, they frolicked, they unabashedly ignored human commands.

As we mentioned before, this all happened in an age that predated the Internet's fixation with perma-kittens, cats with eyebrows, and Colonel Meow. Now that the exhibition has passed its halfway point, the Japan Society is rotating out the 45 original artworks on view, and replacing them with 45 fresh ones, on view for the meme-obsessed ever hungry for another anthropomorphized pet. And we have a preview. 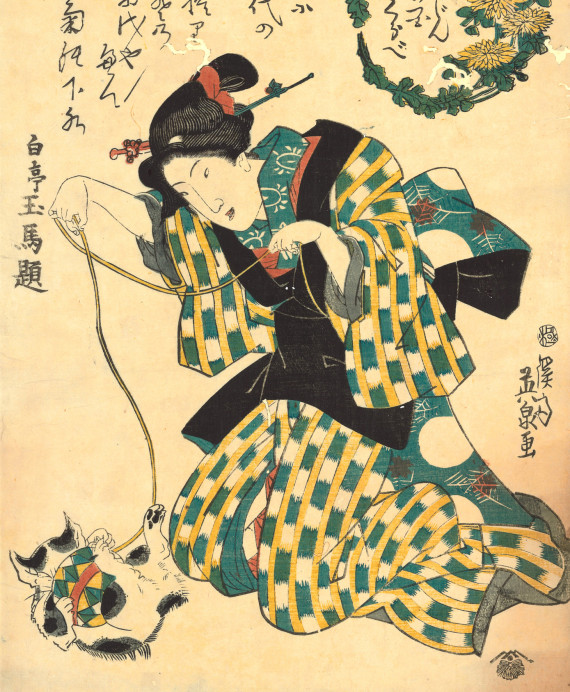 This round of "Life of Cats" prints will particularly focus on omocha-e, or toy pictures; those images used to teach children both academic and moral lessons. While the omocha-e were essentially the flash cards of their era, cheaply produced and rarely preserved, the Hiraki Ukiyo-e Collection has managed to save 12 of these rarely seen bits of ephemera.

Beyond the art, the Japan Society has introduced an impressive array of programming aimed at attracting the contemporary fans of cat cafes and Lil Bub videos. The gallery's calendar is filled with an Internet Cat Video Festival screening, an Edo Period cat-themed party, a book club centered on I Am a Cat by Natsume Sōseki, and a Caturday Craft Day aimed at adults who want to make their own Maneki neko -- Japan’s “beckoning cat” figurine. Oh, and we can't forget the Puribooth, Japan's version of a standard American booth, plus "high-tech wizardry and super high-quality photo processing."

Clear your schedules, there's a lot to do.

"Life of Cats: Selections from the Hiraki Ukiyo-e Collection" will be on view at Japan Society Gallery from Friday, March 13 to Sunday, June 7, 2015. The Japan Society has partnered with the ASPCA to donate five percent of all catalogue sales to the organization.