Stephen Chambers spent 22 years in some of the most innovative companies in life science as the director of gene expression and then as a co-founder of his own company. Today he runs SynbiCITE, the UK's synthetic biology consortium of 56 industrial partners and 19 academic institutions, located at Imperial College in London.

Why did you come back?

This is the question I most often hear, having now returned to the UK after leaving 24 years ago to work in the U.S. The answer is simple. The reason I came back is the same reason I left: to be where life science startups are happening. 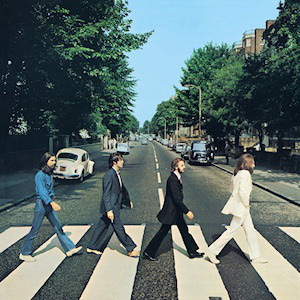 Hard to imagine now, but in the late '80s the life sciences startup landscape in the UK was almost nonexistent. One or two companies existed which at the time were described as startups but in reality were government-backed small companies attempting, and ultimately failing, to execute business plans.

At that time, for any life scientist wanting to work in the commercial sector, there were few if any jobs in the UK. Along with the rest of British industry, the pharmaceutical sector was undergoing massive reorganization and mergers, creating much of today's Big Pharma in the process. These where the Thatcher years, when we were told to "get on your bike," and many of us did.

I left the UK joining a newly formed startup, Vertex Pharmaceuticals in Cambridge, Massachusetts, as one of the founding scientists. There were few alternatives then; if you wanted to work in a startup, you had to go to the U.S. Fortunately, Vertex became one of the most successful U.S. pharma companies in recent history. But even if it hadn't, in the rich life science ecosystem around Cambridge and Boston, there are plenty of other opportunities. Or you could start your own company, which I did after Vertex.

So what has changed in the UK?

Probably the biggest change was the UK government's recognition of the importance of synthetic biology. (Synthetic biology engineers biologically based chemicals, drugs and materials.) The government designated the field as one of the UK's eight great technologies (along with advanced materials, agri-science, big data, energy storage, regenerative medicine, robotics, and satellites) that the country would focus on. The UK invested about £150 million in synthetic biology research and training through the research councils and Innovate UK.

And this is what has drawn me back. Looking at the UK, I saw a hotbed of startup activity, especially among companies looking to exploit the latest developments in synthetic biology.
I jumped at the opportunity to be the CEO of SynbiCITE, where I can pursue my passion of working with scientists and entrepreneurs who want to create and build something spectacular in the UK.

SynbiCITE provides financial aid for proof of concept and collaborative research, and logistical support in the form of access to a state-of-the-art "Foundry" for DNA synthesis, assembly and verification.

Often the limiting step in synthetic biology innovation is the generation of the prototype, the model or the data. The Foundry seeks to bridge the critical gap between ideation and physical product in synthetic biology. Think of it as a "maker space" specifically designed to support the commercialization of synthetic biology allowing startups to prototype new biologically based chemicals, drugs and materials.

The Foundry accelerates the translation of synthetic biology research into the marketplace. Small- and medium-sized companies, startups or virtual companies can use the Foundry as a remote laboratory. We provide automated end-to-end design, construction and validation of synthetic biologic components. It is the generation of these parts, devices and systems and the diversity of products they can produce and the range of functions they perform which is creating the enormous excitement around this technology.

Another change in the UK, is the growing acceptance that startups are the true engines of not only economic and job growth but also the medium by which innovation most efficiently takes place. While there are still universities in the UK that would rather not have to deal with messy, cash-strapped entrepreneurs and startups, most are beginning to realize that licensing doesn't create jobs, startups do.

The goal of our synthetic biology consortium is to turn our world-class scientific research into commercial products. This is why we're excited about offering the Lean LaunchPad at SynbiCITE. Our goal is to help would-be scientist/entrepreneurs translate their ideas and research in synthetic biology into the marketplace. We want to teach them how successful startups really get built -- and do it with urgency.

The goal is to provide them a route from coming up with an idea for a product, through generation of business model canvas via the Lean LaunchPad program, and in parallel, harness the Foundry for the production of prototypes, models and data, all the while providing evidence of commercial potential.

The program gives those involved direct hands-on experience of identifying a product that the customer really needs and is prepared to buy. I want the participants in the program to have the excitement of finding their first customer, shipping that first product and, in doing so, learn about all the other aspects of building a successful business. The Lean LaunchPad does that it in 12 weeks.

Going forward, this initial Lean LaunchPad cohort at SynbiCITE will be the first of many. The course is the most important of all the innovation programs we are providing.

This will be the first time in the UK scientists in the field of synthetic biology have being given the unique opportunity to learn how to become would-be entrepreneurs, by getting out of the lab, talking to potential customers and partners, and identifying what's needed to turn science into commercial products.