"Major anti-technology movements will be active in the U.S. and elsewhere by 2030," Francis Collins, head of the Human Genome Project, predicted back in 2001.

Whether his premonition will prove right is yet to be seen, but we don't need to look to the future to find movements of people acting on their deep ambivalences about technological innovation. Ever since the Luddite movement began as an uprising during the British industrial revolution over 200 years ago, people have opposed the arrival of new and disruptive technologies that threatened to change the way they work and live.

Though historians now believe the Luddite movement wasn't necessarily anti-technology in nature (in fact, their main complaint was a lack of opportunity among the labored force, according to the Smithsonian), the term Luddite has come to signify any person or group who resists the advancing of technology. As Blake Snow, author of Finding Offline Balance In An Online World, puts it, Luddites were "the original gangsters of anti-technology."

Following in the traditional conception of the Luddites as anti-tech activists, more recent movements have opposed the growing role of technology in society and its dehumanizing potential. As the German philosopher Martin Heidegger wrote in 1977, "Everywhere we remain unfree and chained to technology."

Today, with digital devices only continuing to pervade ever more aspects of our daily lives, these movements are just as relevant as they were during the Industrial Revolution -- and may, as Collins predicted, become a more active presence in our culture in the future.

Not a big fan of the digital world? You're not alone. Below, your field guide to anti-technology movements. 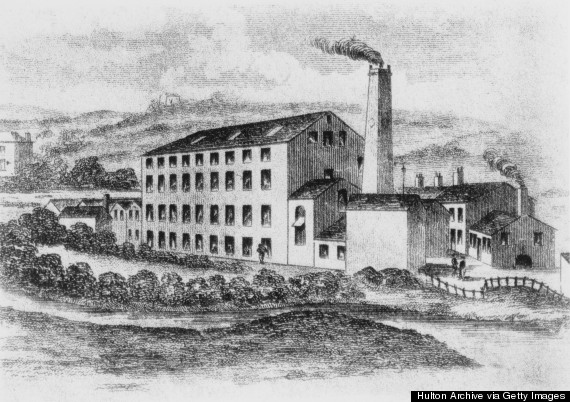 The Luddite movement began over 200 years ago with a British rebellion allegedly led by the fictional "Ned Ludd." In 1812, an uprising of workers swept the country, igniting a number of protests and armed raids. The Luddites raided mills (like the one pictured above) and destroyed textile machinery. According to historical records, the Luddites were largely male and members of the working class employed in professions such as knitting and weaving. The workers were not so much fearful of technological advances as they were concerned about machines replacing their own manual labor.

"They just wanted machines that made high-quality goods and they wanted these machines to be run by workers who had gone through an apprenticeship and got paid decent wages," Kevin Binfield, editor of Writings of the Luddites, told Smithsonian. "Those were their only concerns."

Still, their fear about the dehumanizing potential of the machine -- although they weren't even new machines they were concerned about -- set the stage for future anti-technology movements. 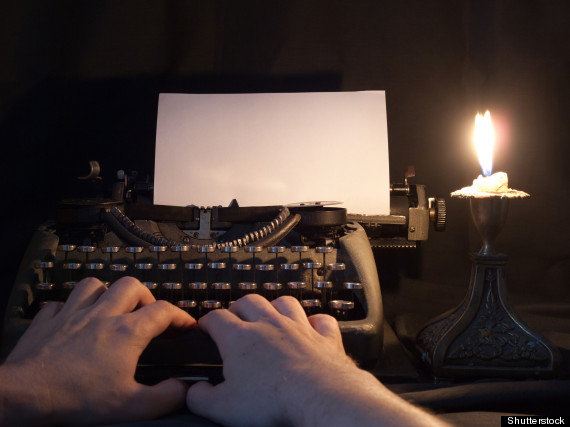 Neo-Luddism can be described as any modern philosophy that is fearing or distrustful of the changes that will be brought about by technological advances. But it's also a specific political movement, one that's largely environmental in nature and based on an opposition to globalization, led by scholar and author of Rebels Against The Future Kirkpatrick Sale.

"Today's neo-Luddites continue to raise moral and ethical arguments against the excesses of modern technology," writes Geoffrey Pointras, professor of business administration at Simon Fraser University. "A key theme is that the technological inventions and the technical systems that support those inventions have evolved to control, rather than to facilitate, social interactions. The upshot is that the breadth and depth of technological change in modern society threatens the essence of humanity."

"I think it would be tremendously valuable, not in the sense of a destructive Luddite movement that makes it a practice of destroying computers," Gelernter told Deutsche Welle. "But a group of intellectual dissent that asks us to slow down, that asks us to evaluate what we have achieved, that asks us in practical terms what we have gotten for our money, asks us what environment our children are growing up in." 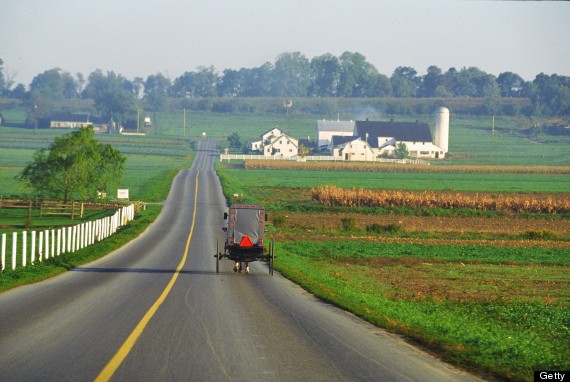 Some academics have categorized the Amish community as a type of "modern-day Luddites," along with Mennonites and Quakers, as they possess some Luddite qualities but are not part of the actual Neo-Luddite movement. While the Amish are not anti-technology per se, they are highly selective in the way they use technology. Television, personal computers and smartphones are generally not permitted by the Amish, some controlled technological forces do make their way into the culture. Technology is always secondary to religion and culture in the Amish community, and they have a detailed system for determining what technologies are allowed into the culture.

"The Amish do not consider technology evil in itself but they believe that technology, if left untamed, will undermine worthy traditions and accelerate assimilation into the surrounding society," explains the Elizabethtown College Young Center for Anabaptist and Pietist Studies. 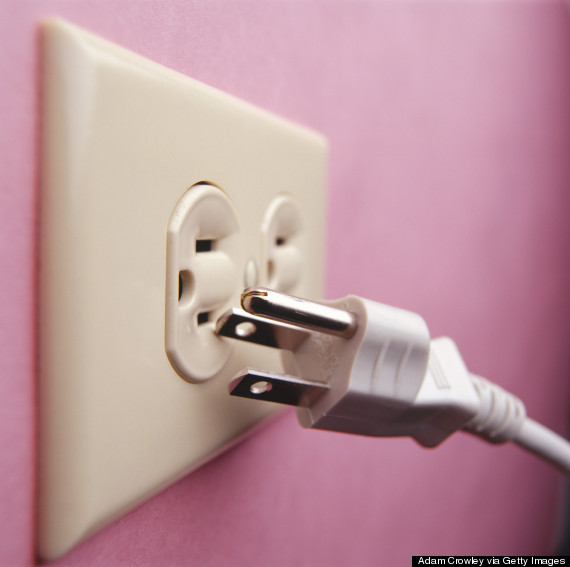 Less radical than Luddism in its original form, reform Luddism -- a less extreme offshoot of neo-Luddism -- casts a critical eye upon new technology without rejecting it outright. As Blake Snow explains in his column "The Anti-Technologist," reform Luddites are unconcerned with "keeping up with the Joneses" when it comes to their digital devices, and only adopt new products or services that are fully in line with their needs and values.

"Reform Luddites prefer a low-caloric digital diet and are picky about what they consume," says Snow. "They still appreciate the conveniences of the information age. But they favor analog, offline experiences more. They distinguish simulated from authentic life, and recognize the importance of both, while striving for the latter."

And as it turns out, there may be some psychological basis to whether you're more of a technophobe or an early-adopting tech whiz. Some researchers have suggested that a lack of digital intelligence may be related to deficiencies in spatial intelligence, our ability to visualize and mentally rearrange shapes in space.

"There is probably a connection between the ability to visualize things in your head and programming ability," programmer Paul Graham told Fast Company.

The future of Luddism 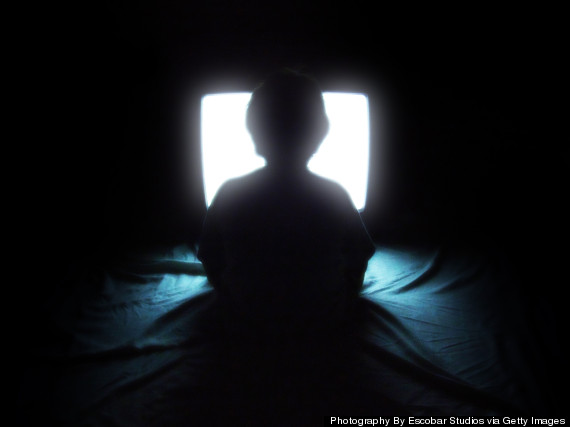 With increasing numbers of people expressing concern over the role of mobile technology and social media in everyday life, there is a clear movement underway to find ways to interact with technology more mindfully. Marketing communications company JWT Worldwide called "raging against the machine," along with mindful living, one of the 10 trends that would shape the world in 2014.

"As we move further into the digital age, we’re starting to both fear and resent technology, fretting about what’s been lost in our embrace of unprecedented change," JWT writes. "We’ll put a higher value on all things that feel essentially human and seriously question (while not entirely resisting) technology’s siren call."

For the moment, many of us will simply continue to use technology to deride the more negative aspects of its influence, Richard Conniff wrote in Smithsonian Magazine in 2011:

We worry about whether violent computer games are warping our children, then decry them by tweet, text or Facebook post. We try to simplify our lives by shopping at the local farmers market -- then haul our organic arugula home in a Prius. College students take out their earbuds to discuss how technology dominates their lives. But when a class ends, Loyola University of Chicago professor Steven E. Jones notes, their cellphones all come to life, screens glowing in front of their faces, “and they migrate across the lawns like giant schools of cyborg jellyfish.”

But we also might start harnessing the power of technology itself to help us become more focused and present -- and there's a good chance the Luddites would approve of that.