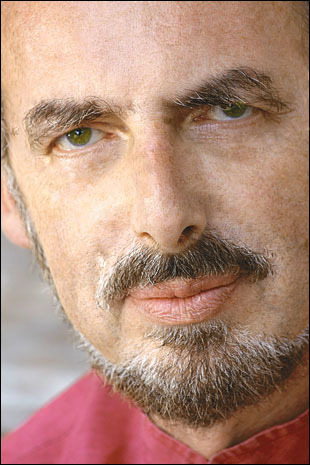 I made my way from the train west across Park Avenue to 77th Street, passing the building made famous by Redford as the CIA's American Literary Historical Society, then made a turn south to The Carlyle Hotel. I had a meeting there, in Bemelmans' wonderland of murals with the senior-most scientist on origins of life at NASA, Andrew Pohorille -- a vibrant man with the wiry physique of a tennis player -- who did not disappoint with revelations that there is a certain factor to life that so far cannot be captured in the lab, i.e., life is not purely a technical matter, and that he does not expect that "we" will find life anywhere else in the solar system, including Mars.

Startling admissions coming from someone that senior at NASA (and considering NASA's budget for explorations), even if made over a Passion Royale while on a cultural visit to New York to see a play, a little ballet and celebrate his birthday.

Pohorille advised by email that he was traveling to the city, giving two weeks' notice, and suggested we meet to discuss origin of life. I proposed meeting at the Simons Foundation exoplanet tea and lecture followed by a drink. He preferred a more private situation, dinner perhaps. We settled on cocktails at Bemelmans.

I was flattered that he chose to interrupt his personal holiday for a meeting with me, but was naturally curious why. Pohorille said he was not looking for a "man-bites-dog" story, which he terms all news stories. But I ultimately decided the encounter was of public interest.

Andrew's wife Joanna joined us for drinks. She agreed with her husband about an elusive X-factor to life. Joanna is a cognitive psychologist specializing in risk-taking analysis, behavioral economics. The two have written a couple of papers together on the subject.

Both Andrew and Joanna are natives of Poland. Andrew came to the US as a child at age six and has retained his charming accent. Joanna left Poland when the two married 18 years ago.

I hadn't seen Andrew Pohorille for two years. Pohorille divides his time between NASA (80%) where he co-chairs the Origin of Life Focus Group and the University of California, San Francisco (20%) where he is a professor of pharmaceutical chemistry.

We first met at the 2013 Princeton Origins of Life conference co-sponsored by NASA, where I discovered him alone, at the coffee station, having escaped from the lecture hall. Pohorille is not an RNA world enthusiast and the Princeton presentations were largely all about RNA.

He told me at Bemelmans that he never thought I'd follow through with a book on origin of life.

Pohorille is now even less enthused about the RNA world since Princeton and said there were also fewer scientists currently pursuing that line of research. He also thinks the answer to origin of life is not about a thermodynamic factor -- which he says smacks of creationism. And he adds that scientists have so far not found viruses in meteorites, i.e., no nucleic acid.

I mentioned the recent lukewarm New York Times story about origin of life research and Pohorille agreed not only with the Times assessment but with comments made earlier to me by biochemist Pier Luigi Luisi that we need all new "mindstorms," because nothing much has happened since Miller-Urey yet scientists keep pursuing the same lines of investigation.

Pohorille, however, does think working with amino acids makes sense. His personal view is that the way forward is somewhere between Steve Benner's research and Jack Szostak's. We did not address Fermilab's quest to discover whether we live in a 2-D world, a hologram.

So why doesn't NASA sponsor a series of origins of life roundtables on Charlie Rose to "chew the fat," as Harry Lonsdale once put it? -- I asked Andrew Pohorille once again. Who knows where the next great idea can come from, what DIY (Do It Yourself) scientist of whatever stripe gets inspired? Has a eureka moment.

Andrew Pohorille says, "No one cares." He couldn't be more wrong. . .