Growing up I spent a lot of time on my grandparents small farm in the Ozarks. We baled hay, fed and milked cows, helped in the garden, and collected eggs. And I pretty much hated all of it. Years later, after my grandparents were gone, I started loving and respecting what I'd gained from knowing my simple, happy, kind, hardworking and loving grandma and grandpa. Before I started Askinosie Chocolate, I knew I wanted to honor the cocoa farmers we work with in as many ways possible. It was and is personal for me. From day one we have worked directly with farmers: first in Ecuador; then the Philippines; then Honduras; and Tanzania. We travel to each country every year, meet with farmers, stay in their homes, and get involved in their communities, in many cases. We also pay very high prices for their cocoa beans -- we pay directly to the farmers above world market price, which they typically receive only 70 percent of -- and then when we return to buy the next crop several months later, we profit share. We translate our financials into the language needed, explain it line by line, and then disperse the profit share cash. Sounds easy? Well, it's not. It's the most complicated and professionally challenging thing I've ever done. And before I started this chocolate factory I was a criminal defense lawyer specializing in the most serious felony cases. That was challenging. This is more so.

I'd like to tell you a story about one of our origins, that is near and dear to my heart, that exemplifies these challenges. Four years ago when we sourced Tanzania cocoa beans and bought our first crop from Tenende, we found a village that had no improved water source. We found a school with no textbooks or electricity. We found students hungry, both literally and figuratively. We found farmers who had never sold their cocoa beans directly to a chocolate maker (not uncommon). So we worked to build partnerships in the community and together we achieved some successes. We had specifically sought a woman led farmer group, which we found. The Tenende cocoa farmer group was called UWATE and it was led by Mama Kyeja.

Group Travel: Since 2010 we have been bringing local high school students to this remote spot in the southwest corner of Tanzania to meet farmers, participate in a Direct Trade relationship, learn a little about cocoa beans and lot of about life. A handful of the students come from privileged families and pay for themselves and over half are full scholarship, for whom we raise money to cover all of their expenses. This August, we'll be taking the third class of Chocolate University high school students to Tanzania. 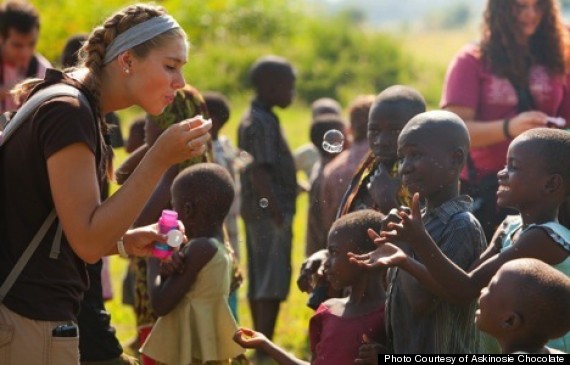 Textbooks: We worked with the headmaster of Mwaya Secondary School (the aforementioned school with no textbooks or electricity) to identify focus subjects and purchased textbooks worth $10,000 with a grant from our local Rotary Club. They were the school's first ever textbooks -- even for the teachers.

Water: Askinosie Chocolate, along with students from Chocolate University, raised $15,000 to drill a deep water well in Tenende to provide potable water to its 2,000 citizens. Residents told us last year that because of the well, they suffered much less from waterborne diseases, cholera and typhoid, than the neighboring villages during the rainy season.

Technology: On our second Chocolate University trip we worked with the students to set up five projectors and five laptops, loaded with more than 3,000 educational Khan Academy videos, which have given teachers and students at Mwaya a new way to learn in their resource-strapped environment. There are now students with computer skills in a place where it was unimaginable just a few years ago. This was made possible by a gift from our friends at Brewer Science.

Empowered Girls Club: Our Chocolate University program, along with Convoy of Hope, funded a club for girls to learn about self-esteem, pregnancy and STDs including HIV/AIDS, goal-setting and life skills.

Lunch: Most students in Tenende came to school on an empty stomach. Their only meal was at night. So, we started an innovative school lunch program called A Product of Change™ -- we buy gourmet rice from local farmers who are also Mwaya School PTA members, we ship the rice to our factory on our container of beans, sell it at a premium, and return all of the profits to the PTA to source local rice and beans to provide lunches for each student, each school day. Now, the attendance rate has improved as well as test scores and graduation rates; the benefits are plentiful. 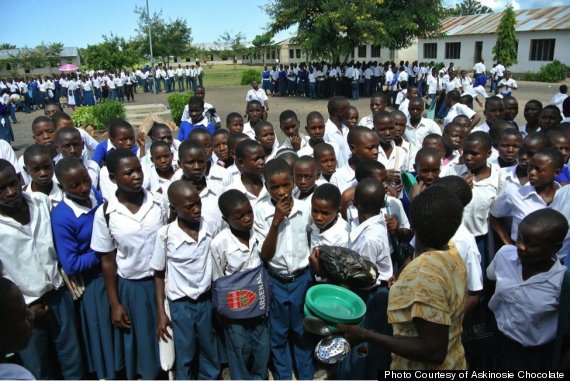 Now for the disheartening part of the story: We purchased beans from UWATE farmer group in Tenende in 2010, 2011 and 2012. We helped them open a bank account in Tanzania so they could be paid directly. Our profit-sharing model helped our cocoa farming partner, UWATE, to diversify their business. In 2013 they decided to convert their cocoa bean warehouse into the Tenende village's Coca-Cola depot. That's right, Coke. They would not have the cocoa beans for us. We were devastated.

As UWATE reduced its reliance on their cocoa business, we saw benefits in working with another group of nearby farmers who are solely focused on growing cocoa -- we were fortunate to find the Mababu farmer group and its leader, Mama Rahabu, in a village about 10 miles down the road from Tenende.

I actually met the Mababu farmers on my first trip to the area in 2010. The village of Mababu is not far from Tenende and UWATE farmers told us that they would be calling upon their neighbors to help supply our cocoa bean order. We buy approximately 8 to 10 metric tons of dried beans which means that 30 to 40 metric tons of wet beans are needed by farmers to meet our order. For loosely organized farmers in deep poverty who are just beginning to learn about the importance of post-harvest, calling upon neighbors makes good sense. It also builds community and cooperation.

So what does that mean for our programs in Tenende? It means a renewed focus on sustainability. During our visit there last September, we met with parents, teachers, students and government leaders to talk about how the programs can operate without outside help within five years. And we discussed the different roles that parents, teachers, students, and government will have in making this innovative, profit-based model for feeding a school to be something imitated by other schools. We are bringing our third group of Chocolate University students to Tanzania this August and while we'll be in Mababu, we'll also be working at Mwaya, as always. We have doubled down in our commitment to the school regardless of its distance to our new cocoa bean village. This is personal. It's not just about business. Only one girl passed the Form 4 exam in 2013 from the entire school. We're starting a new Saturday tutoring program aimed at 130 girls at Mwaya to prepare them for the test.

The details of the transition from Tenende to Mababu has more twists and turns than room here to describe. It was not a breakdown of communication. It was cultural and tribal with super complex layers. The first resulting emotion for me was one of sadness and disappointment. What about "kujengana -- Swahili for "build each other up?" How could this be after, well, after all of the connection and partnership on important issues? 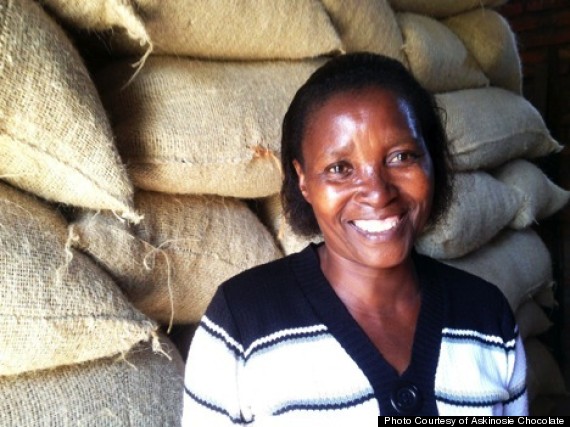 Direct Trade is messy. Community development is messy enough in my own neighborhood, but it's exponentially messy in the developing world. It's a good reminder for me because I know that we must change our parameters of what success means, and success here was them selling Coke, us finding this new outstanding farmer group whose beans are superb and who we're thrilled to develop a long relationship with and that is also led by a woman.

I visited Mababu in September and representatives from my company have been there multiple times since then. The village and its farmers have proven more than capable of practicing Direct Trade with us and together we are "building each other up." Kujengana continues.