Just in time for Halloween, the Hubble Space Telescope has spotted something a bit spooky: the faint glow of stars spewed out billions of years ago by galaxies in their death throes. 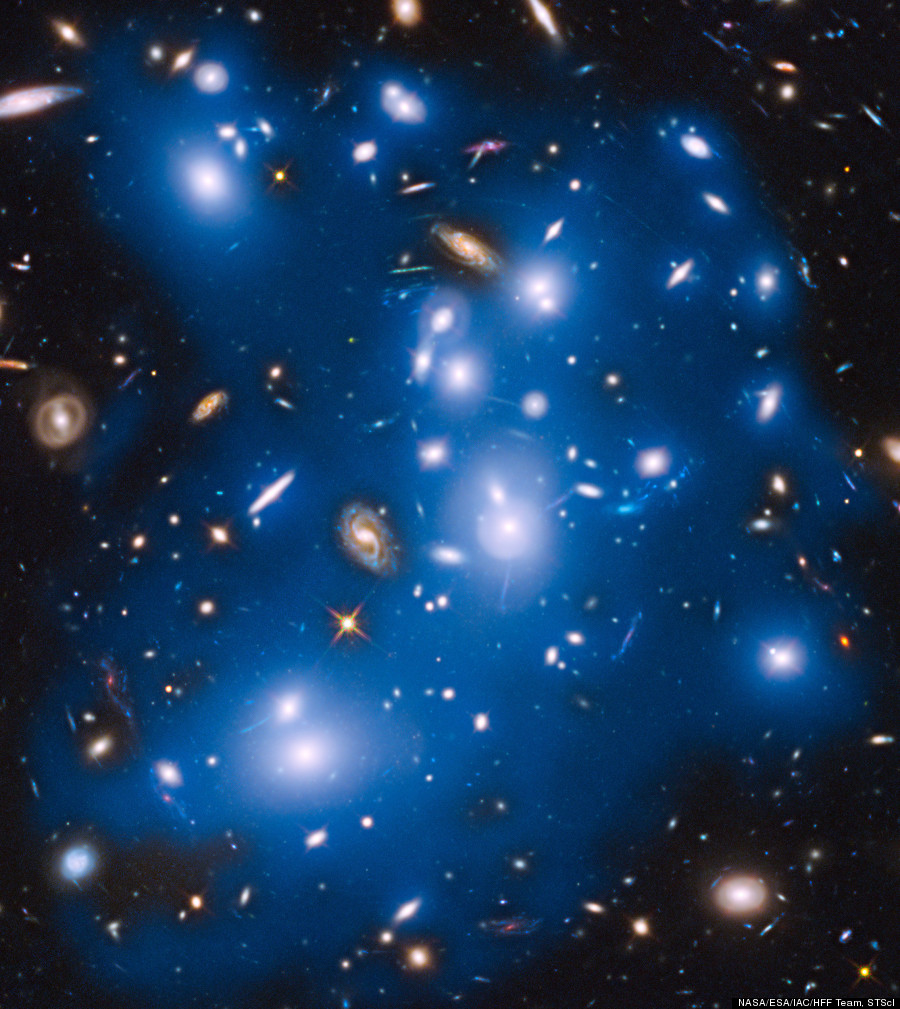 The image shows "Pandora's Cluster," a group of 500 galaxies--formally known as Abell 2744--located 4 billion light-years from Earth. The "ghost light" (artificially colored in blue in the photo above) comes from so-called orphan stars that drift freely between galaxies.

Astronomers believe these stars were once part of as many as six Milky Way-sized galaxies that were torn apart by gravitational forces around 9 billion years ago. They hope to use the "ghost light" to gain a better understanding of how galaxy clusters form and change.

“The Hubble data revealing the ghost light are important steps forward in understanding the evolution of galaxy clusters,” Ignacio Trujillo, an astrophysicist at The Instituto de Astrofísica de Canarias in Santa Cruz de Tenerife, Spain, who was involved in the Abell 2744 research, said in a written statement.

A study describing the research was published online Oct. 1 in The Astrophysical Journal.