With names like "Skin So White," "White Perfect," and "White and Lovely," skin bleaching creams are becoming a popular -- and controversial -- part of many women's beauty routines. While skin lighteners may be used by different people for different reasons, this clip from the documentary "Light Girls," which premiered on OWN, focuses on women who apply a chemical agent over their entire face and body in hopes of going from a dark skin tone to a lighter one.

Dr. Margaret Hunter, head of the Sociology Department at Mills College, has seen the popularity of bleaching creams surge in recent years. "Skin bleaching is a growing phenomenon around the world and it's becoming a bigger business," she says. "Now it's a multi-billion dollar business and all the biggest cosmetic companies sell products that are supposed to lighten your skin."

While you won't find many products in the U.S. that blatantly promise to bleach or whiten skin, Dr. Hunter says they are commonplace in other parts of the world. "They're popular throughout many African countries, the Caribbean, Latin America, the Middle East, India, Philippines, Japan -- broadly," she says.

Some women are willing to do whatever it takes to achieve a lighter complexion. "What's also terrifying is that we've yet to see a product that makes you look lighter and look good, and human," says columnist Jamilah Lemieux. "And that people are willing to walk around looking like aliens -- like some ghastly creature from a Steven Spielberg movie … they prefer that over their God-given color," she says in disbelief.

Cosmetic surgeon Dr. Michael Jones reiterates that lightening agents are meant to be used on small areas, not the entire body. He says he sees patients on a weekly basis who want to lighten only a small skin lesion or a specific dark mark. "And in those cases, we say, 'Hey, yes, we can help you and we will give you a lightening agent that will help to affect an improvement on your overall appearance," he says. "But we don't want you to use this product all over your face, all over your body.'"

While some women would do anything for lighter skin, others wish for just the opposite. Many women came forward in "Light Girls" to share the shame and anguish they felt growing up as light skinned African American women. In the above video, one of those women shares the emotional and physical damage she suffered just to feel accepted by her peers.

"I began to believe the criticism and I started to hate my complexion, so what I started doing was tanning a lot," she says. "Over the years of excessive tanning I developed a skin damage called melasma." She points out the dark patches on her forehead and the dark marks above her lips. "As a result, I now have to use expense laser treatment and bleaching creams to fade away the dark spots," she says.

"I find it ironic that now, in hindsight, trying to be accepted to change my complexion with excessive tanning, that I now have to seek therapy to change the complexion of my skin." 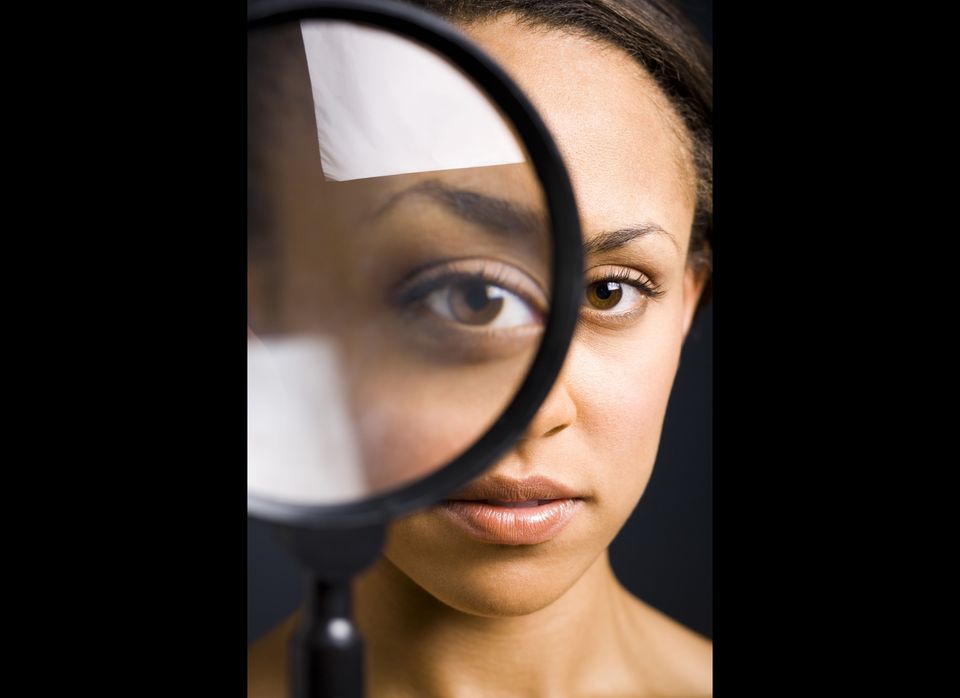 1 / 6
Myth: Black People Don't Get Skin Cancer
"The patient doesn't ever think that that bleeding, growing thing that's not healing could possibly be a skin cancer, because black people don't get skin cancer," Jackson says. "And the doctor is probably a) not discussing sun protection with them; b) not doing full skin exams, because you're less likely to get it; and c) not having those same conversations that we often have with the fair-skinned people." Until the medical community catches on, Dr. Jackson suggests you do due diligence in screening yourself. "On your birthday, check out your birthday suit," she says. "Take a look at every crack and crevice -- in your armpit, in your groin, in your butt, everywhere -- and make sure you know what's there." Most people don't get new moles after the age of 25 or 26, Jackson says, so if you're 45 and discover something you've never seen before or a change in a mole you've always had, get it checked out.
Alamy