Not even the grave can keep this skeleton from doing what he loves most: skateboarding.

In a new video by artist Darren Pearson called "Light Goes On," a fun-loving bag of bones goes on a tear all over Los Angeles, leaving a trail of stars in his wake.

"You're never too old to skateboard," wrote Pearson on the YouTube description. You're apparently never too dead, either.

Pearson spent a year making this stop-motion film, which is made up of over 700 photographs. He used a technique called light painting, in which he takes a photo of himself with a camera on slow shutter speed. While the camera is taking a photo, Pearson uses an LED light to scrawl a picture (in this instance, a skateboarding skeleton) directly at the camera. The finished product: a photo of the "light painting" that Pearson drew with an LED light into the air, while he's completely blacked out.

"Having skateboarded most of my life, I wanted to pay homage to some of the most amazing professional skateboarders I've seen first-hand and in magazines/videos," said Pearson in an email to HuffPost.

In addition to LA, the video includes scenes from San Diego, San Pedro, Austin and Yosemite, said Pearson. Check out this 2012 interview he did with HuffPost, complete with photos of his other light painting works. 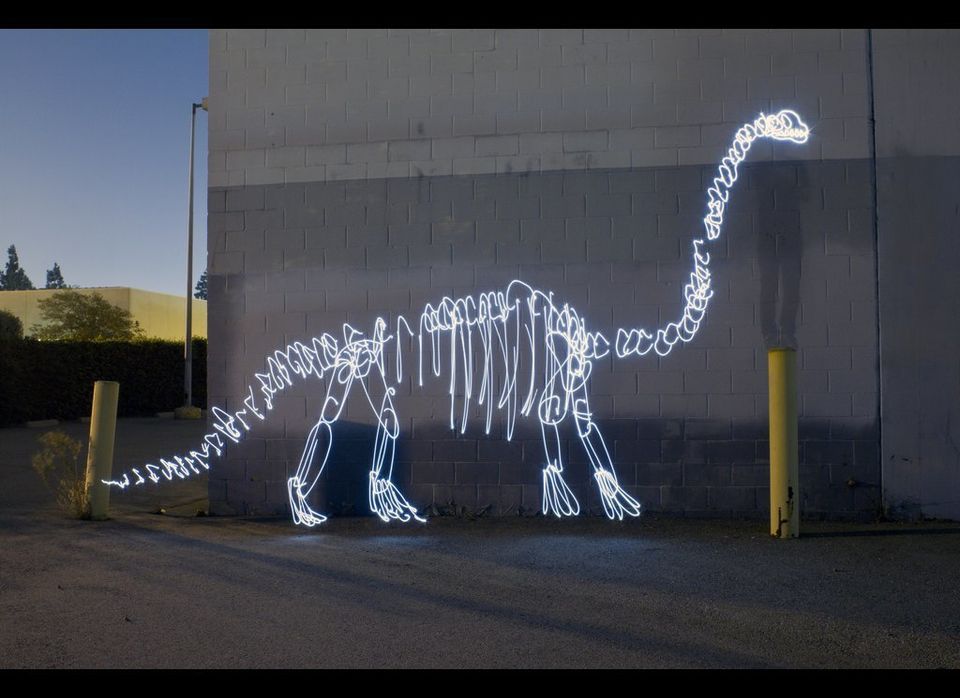 1 / 15
<strong>"Light Fossils" is inspired by Los Angeles' pre-historic past. What sparked that idea? </strong> I'm sure it had something to do with Jurassic Park, or visiting the La Brea Tar Pits when I was young. This is basically an affinity for dinosaurs I had as a child, scribbled all over LA with a light. <em>Pictured: "Brachiosaurus" from "Light Fossils" series. </em>