Chinese scientists have created the world’s lightest substance -- a material so insubstantial it can perch on the petals of a delicate flower without crushing them (see photo above).

A cubic centimeter of the record-setting stuff, carbon aerogel, has a mass of only 0.16 milligram, according to a new study by scientists at Zhejiang University. That’s 12 percent lighter than an equal volume of the previous record-holder, a substance known as aerographite.

Having trouble getting a handle just how light this new stuff really is? If the average human body were made entirely of carbon aerogel instead of flesh and bone, it would weigh only 1/40th of a pound!

Lightweight substances can have some pretty heavy-duty applications, and that certainly seems to be the case here. Carbon aerogel can absorb up to 900 times its weight in liquid, which means it has massive potential as a cleaning material when it comes to events such as oil spills. Also durable and highly elastic, it may become a useful material for advanced electronics, study co-author Dr. Chao Gao, a professor of polymer science and engineering at the university, told the Huffington Post in an email.

Just what does it take to make carbon aerogel? Dr. Gao's team started with a semi-solid gel of carbon nanotubes and graphene and then used a freeze-drying process to convert it to a solid. Unlike earlier-generation ultralight materials, this new substance is "quite easy to make," according to Gao.

The study was published online in February in Advanced Materials.

Correction: A previous version of this article stated that a quantity of aerogel equal in volume to a typical human body would only weigh a quarter of a pound. In fact, it would weigh 1/40th of a pound. 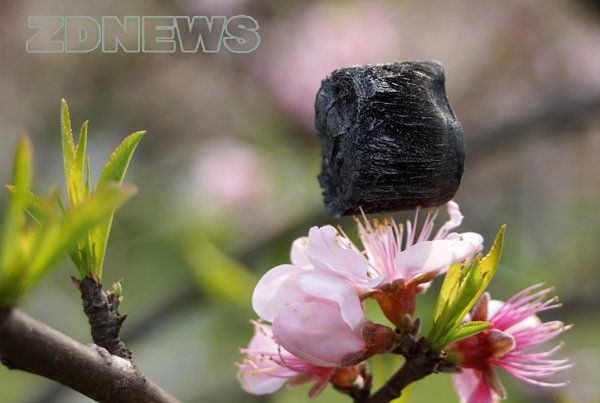