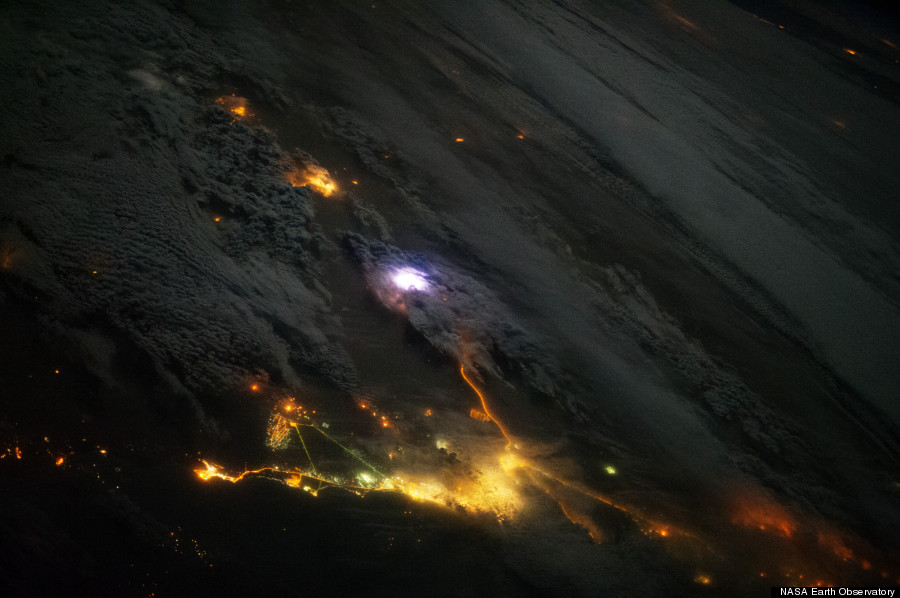 A pair of photographs released by NASA earlier this week shows white lightning as seen by astronauts aboard the International Space Station. The image above, snapped on Dec. 12, 2013, shows the space angle of lighting over Kuwait and Saudi Arabia.

To help you figure out what's what, NASA also released a photo with a few notes: 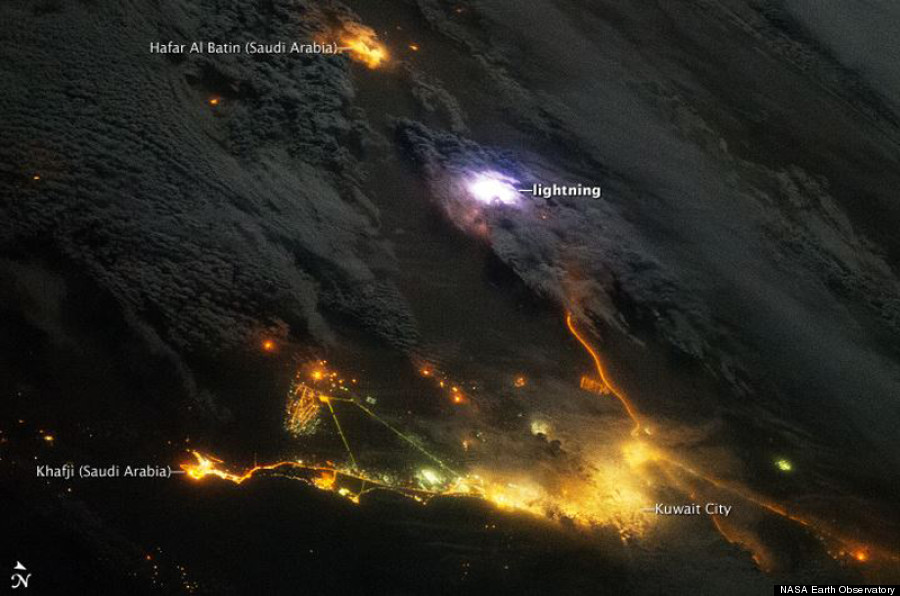 A second photo released by the space agency is even more ominous, showing lightning beneath a thunderhead as seen from space over Bolivia: 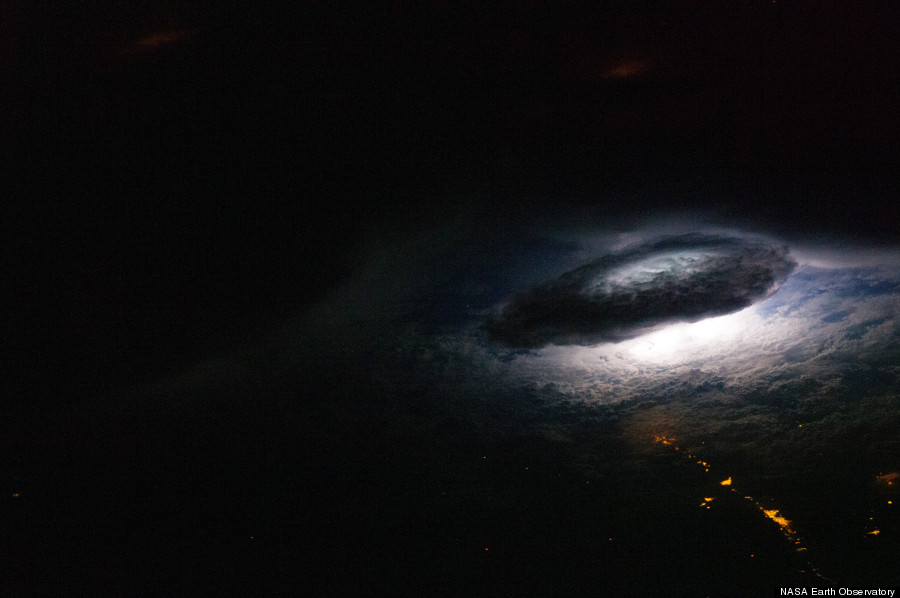 While the images were taken with Nikon D3S digital cameras, NASA released them to help promote new equipment aboard the ISS. The Firestation, as it's known, measures lightning flashes, static and the short bursts gamma rays that are released by some lightning discharges, NASA said in a news release.

Firestation is able to view about 50 lightning strikes per day.

NASA says the images were cropped and enhanced to improve contrast and remove lens artifacts.

Lightning From Space, As Seen From The International Space Station
When Lightning Strikes 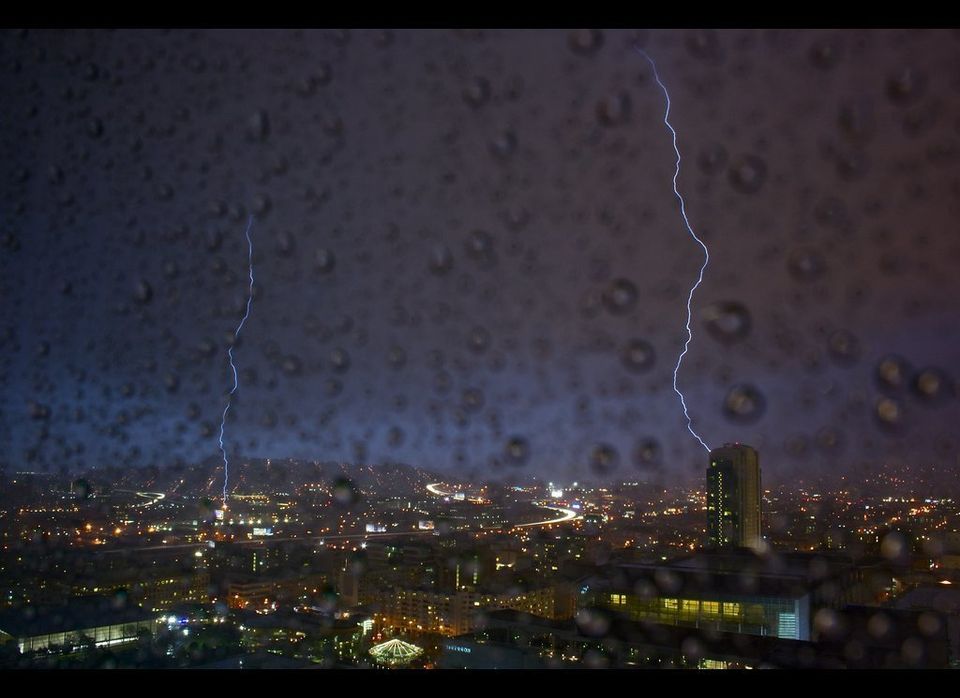