Lightning in a Bottle, the L.A.-based production company's signature event, is an annual four-day music and arts festival that facilitates as much personal transformation, conscious thought and sustainability awareness as it does all out deep beat dance floor throw downs. And it does do both, brilliantly and with an ethos of open-mindedness, inclusion, (there is no VIP area), unhinged self-expression and rich artistry that elevates the event from a standard festival to an experience that has been described by many attendees as nothing short of life changing.

LiB 2012 starts this Thursday, May 24, and boasts a lineup of big name electronic DJ/producers including Bassnectar and The Glitch Mob as well as a host of speakers including Agape Spiritual Center founder Reverend Michael Beckwith, author and futurist Barbara Marx Hubbard, as well as a packed schedule of yoga classes, local music, live paintings, a mass meditation and an array of lectures and workshops on topics ranging from ecstatic dance to beer making to interplanetary politics. Winner of the Outstanding Greener Festival Award for the last two years, Lightning in a Bottle attracts an eclectic, intergenerational crowd of 12,000 plus.

At the helm of this operation are the Flemming brothers, Dede and twins Jesse and Josh. The DoLaB's founding trio leads a 75-person strong collective of artists, builders, musicians, and other creative types in the execution of Lightning in a Bottle as well as the DoLaB's annual stage at Coachella, (the one near the back of the field with the fire dancing and dubstep), the DoLaB Presents nights at the King King in Hollywood, and other myriad creative installations in southern California and beyond.

Here, the Flemmings talk about connecting a worldwide collective of artists, living in Venice and redefining the life of the party.

Want in on the action? Enter for a chance to win a pair of tickets to this weekend's Lightning in a Bottle by tweeting what you most want to check out at the festival to @HuffPostLA and @libfestival.

CHECK OUT THE Q&A IN THE SLIDES BELOW:

PHOTO GALLERY
The DoLab
Download
Calling all HuffPost superfans!
Sign up for membership to become a founding member and help shape HuffPost's next chapter
Join HuffPost 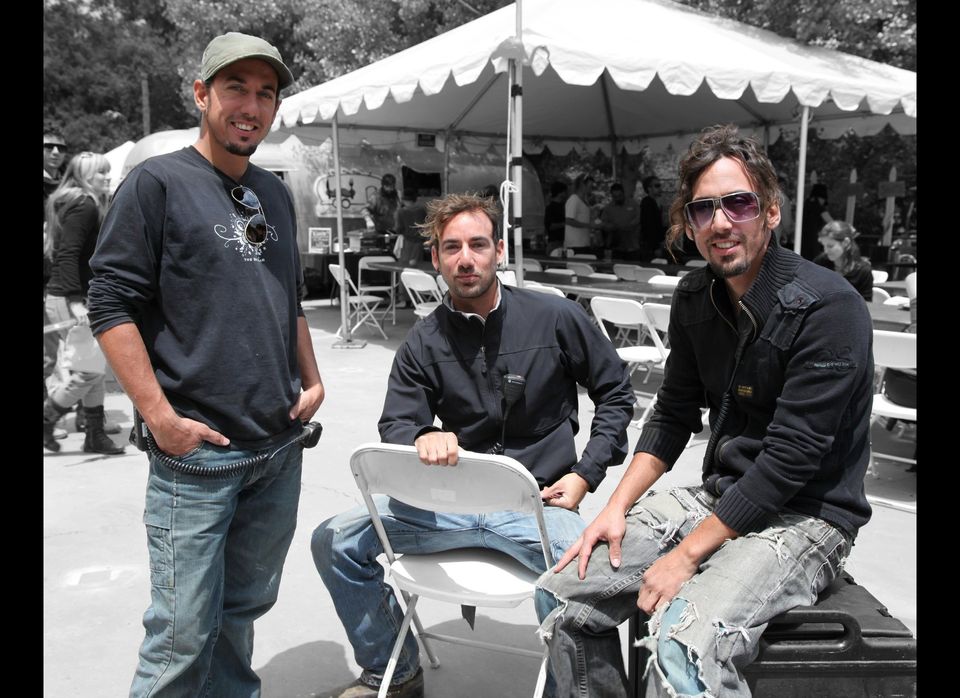 1 / 14
<strong>What drew you guys to Los Angeles?</strong> <u>Jesse</u>: We grew up in a small country town in Pennsylvania called Morgantown. You could reach over the fence in our yard and pet cows. It was beautiful. Amish people. Horse and buggies. When we were teenagers we were starting to get a little bit restless. We needed a bit more stimulation. I decided to move to LA in '98 or '99, just to get away. Josh came a year and a half later and then Dede a year and a half after Josh. Originally we all wanted to get into the TV and film business. Coming from the east coast, the whole Hollywood thing was really attractive. <u>Dede</u>: We didn't know what we wanted to do, but the entertainment industry was appealing to us. We've been entertaining since we were kids. I think our first party was Flemmstock '94. We turned our back porch into a stage and had our cousin and our friend's cover band play the party. From there we always entertained with parties when our parents would leave town. That just evolved into what we do now. <em>Photo (L-R): The Flemming brothers, Jesse, Dede and Josh</em>
Jim Stimpson