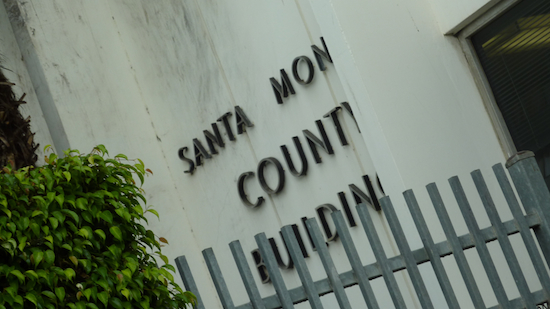 Is a Hollywood soundstage the best place to find true justice in Los Angeles? Based on my legal experience, both real and televised, the answer is a resounding yes.

I was run down by a car while crossing the street, and almost went to prison for it, thanks to our local court system. Granted, what happened to me was an extreme incident, propelled by a road rage lunatic who happened to be a doctor yet should never have been listened to by anyone. The driver also pulled the gender card and claimed that her actions were justified because she was "very afraid" of me, despite the fact that she was in a car and I was on my ass in the street. But what transpired for the next 8 months in our city's court system was a totalitarian nightmare straight out of Kafka's The Trial.

Hundreds of hours, thousands of dollars, and one surreal stint in court-ordered therapy later, I was ravaged but free. Then this legal deathmarch was to play itself out again, on television. Amazingly enough, in one extremely loud afternoon, my fiasco was set right by the modern-day Solomon known as Judge Judy. The actual court system spent months squeezing every technicality in their agonized efforts to send me to prison at the expense of the obvious truth. Judge Judy was direct and ferociously sensible.

It seems that today's courts are continually at odds with objective reality. George Zimmerman killed a teenager during his over-zealous neighborhood watch. His trial was shoved through a meat grinder of technicalities and, by the end, Zimmerman was acquitted. He shot an unarmed minor dead and didn't even get a fine. This decision doesn't sit right with most people, as well it shouldn't. During my months in court, I endured City Attorneys defending a driver's right to run down a pedestrian with her car, while refusing to charge her with anything. The driver even admitted giving the finger to the downed pedestrian as she fled the scene, yet she didn't even receive a traffic ticket.

Our court system is in the hands of self-serving clowns who care about nothing more than their own performance record. Looking at history, I suppose this isn't anything new, but in this age of access and information, maybe it's time the courts tried a little harder to fulfill their original purpose of setting things right. The Supreme Court recently ruled that pharmaceutical companies cannot be sued over adverse reactions to generic drugs. The drug company lawyers basically argued that they are not liable because the FDA should have stopped them. I'd like to see the drug company lawyers try that shit with Judge Judy.

I have yet to see an argument based on some pigshit technicality succeed on Judge Judy while, in real courts, it seems to happen as often as not. Ha, you might say, it's because those villainous lawyers aren't allowed on TV courts. True, I would respond, but maybe the genuine real-life judges in these courts could have enough facility with their field of expertise to let true justice prevail despite technicalities, like Solomon did, or like Judge Judy does almost every day on afternoon TV.

The question is not whether our current justice system has a colossal smug pole up its ass, but rather how to pull it out. I think we need a return to the original purpose of jurisprudence, which was not to serve a God named Law, but to set things right. It's a drive originally founded in emotion more than logic and goes back to Hammurabi almost 4,000 years ago. Maybe if the officers of the court cared slightly more about the reality of the situations, the decisions of our courts would not create such nauseating dissonance with the world as we commoners experience it.

I'm all for respecting the objective theory of law, but when this becomes so absurdly removed from actual reality, then it's time to step back from the micro-reasoning and take a fresh look at the big picture. Maybe there are lofty legal points to be upheld in these courts. At the same time, as much as it would bruise their egos, perhaps the officers of the court could learn something from the straightforward, practical, and much more grounded, justice of Judge Judy.

Read the whole twisted story in Steve's book: Kafka at the Beach: A Layman's Handbook for those Falsely Accused of Felonies