Lately, it seems everyone from Comedy Central's John Oliver to state lawmakers are blasting the "payday loan" industry, and surely a bit of that consumer heat will eventually focus on lawsuit lending, which the Wall Street Journal has called "the legal equivalent of the payday loan."

Crain's Chicago Business reported last month that "... since 2013, bills have been introduced in Illinois, Indiana and 15 other states to ban or restrain lawsuit lending, or to enable it, according to trade groups representing one side or another. None besides Tennessee's passed."

Crain's also notes that, although the Tennessee act allows annual interest charges of 46 percent, one industry executive said other provisions, including a prohibition against assigning contracts, will kill funding from banks and junior capital providers. "It's like taking the coffee beans away from Starbucks," said Ralph Shayne, CEO of lending firm Oasis.

This growing concern is because of what the WSJ notes "...isn't the growing industry of making six-figure loans to corporations facing litigation. It is the business of giving money to private individuals often suing over an injury." The idea is that the lawsuit lending companies, and they would say "lawsuit funding" companies, "[provide] money to down-and-out plaintiffs while their lawsuits move forward. Their business, supporters argue, gives plaintiffs a chance to stay in a lawsuit long enough to get a just result."

The problem, as with the payday loan companies, is that the interest and fees can result in huge costs, typically way beyond what's allowed for conventional loans.

In a detailed report on CreditCards.com, Martin Merzer explained it this way: "... many [companies] charge two percent to four percent, plus fees. That doesn't sound so bad, right? But the thing is, that's two percent to four percent per month and compounded. So, for a one-year $1,000 loan, you could end up paying $1,601.03 (plus fees), which yields a 60 percent annual percentage rate. If your case and your loan drag on for two years, your $1,000 loan at four percent per month now has a payoff of $2,563.50." (The report includes good questions to ask if you are considering such a loan.)

The New York Times has noted that:

... lending to plaintiffs is part of a broader trend in recent decades in which banks, hedge funds and private investors have been pumping money into other people's lawsuits. A handful of large companies, and many smaller ones, lend plaintiffs about $100 million a year, generally a few thousand dollars at a time, to cover housing, medical care and other expenses. The loans are repaid from winnings, with costs that can exceed 100 percent a year. People who lose their cases owe nothing.

As somebody who once worked with Jack Kemp's "Freedom Cards" that extended high-interest cards to high-risk individuals, I know how much a risky loan has to yield. Guess what? It's not 100 percent.

Lawsuits loans are like payday loans in another way - both have been debated for years. So into that mature discussion, I would offer two relatively new points.

First, we should observe that the very tone of discussion continues a troubling trend where we forget that "settlement or verdict" payments are the plaintiff's real money, not just an asset for the extended legal industry. The fact is that, some scams aside, these payments are to real victim. Already, pursuing these claims can cost in the range of from 30 to 50 percent - and sometimes the lawsuit loans leave zero dollars going to those who were injured.

Secondly, if these are really investments, then they should work more like the investment of time and money an attorney makes. Lenders might provide money and receive a certain percentage of any eventual outcomes; better still, let their loans become added onto the retainer agreement subject to review by the plaintiff's attorney - that would end all the hijinks in a hurry.

The percentages can be clear, and often mirror the way contingency attorneys get paid. Such costs are not meant to "compound" over time. Indeed, doing so might change the basic motivations of plaintiffs and defendants considering settlements.

That last part is important, because with civil courts underfunded and litigation increasing, even simple cases are going to take years and years to attain their day in court. And the structure of these loans become truly predatory as the cases linger.

(Sara Corcoran Warner is publisher of the California Courts Monitor website, "Your Daily Ration of Civil Justice Rationing," and a frequent commentator on national legal policy and civil courts issues.) 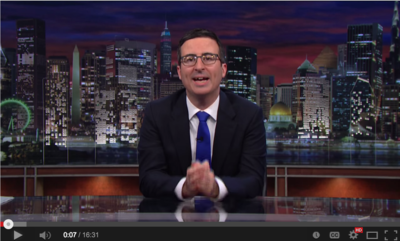