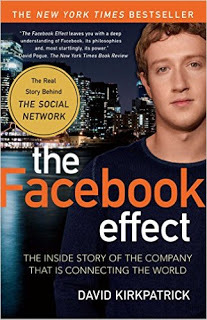 "Not every moment is a good moment, and if you are sharing something that is sad, whether it's something in current events, like the refugees crisis that touches you, or if a family member passed away, then it may not feel comfortable to like that post. So I do think it's important to give people more options than just like."

But what will these be. Of course the obvious default mode to 'like,' as the Times headline indicates, would be dislike. However, that doesn't adequately address the palette of human emotions which is supposedly Facebook's currency. Why not offer three categories in descending order: love, like, hate.

It's similar to what Hamlet says about Claudius, "a little more than kin, and less than kind" -- as love is more than like and hate is the opposite of love. Here also you're offering Facebook users a chance to avoid equivocating and play upon their passions. Like is really a namby-pamby word. It's so easy to hit the "like" button but much harder to love or hate unless you're a liar.

Of course you can always make a negative comment about a post, but how about making it easy to show revulsion? Similarly people often wax enthusiastically in response to pictures of children and pets, but such responses take, time and energy. Love can be exhausting. Here you see someone's favorite dog and you can instantaneously embrace the creature with "love." And there are people like Donald Trump who elicit basically love/hate reactions. You don't "like" something Donald Trump says. You either love it or hate it.

In introducing two more passionate options, Facebook would be diminishing the importance of that mealy-mouthed middleman, "like." And isn't it true that even if you don't like someone, you may deeply love them.