We can always expect to see the wildest fashion at the MTV Video Music Awards. And one of the most memorable looks of all time has to be Lil' Kim's purple pasty outfit.

The Brooklyn-born rapper made a jaw-dropping entrance when she arrived at the 1999 MTV VMAs wearing a mermaid-inspired catsuit with a sequin pasty. The boob-baring number was designed for Lil' Kim by her stylist Misa Hylton-Brim, and she completed the ensemble with a matching purple wig, lipstick and platform heels.

As the only female in the hip-hop group Junior M.A.F.I.A., Lil' Kim was known for her raunchy lyrics and looks. (Remember that leopard print getup on the "Hard Core" album cover?) While it certainly got the guys ogling, it was the Queen Bee's purple pasty that made Diana Ross reach out and touch.

So in celebration of Lil' Kim's 39th birthday today (July 11), we are taking a look back at this unforgettable style moment from the 1999 MTV Video Music Awards. "You got it goin' on, wha wha..." 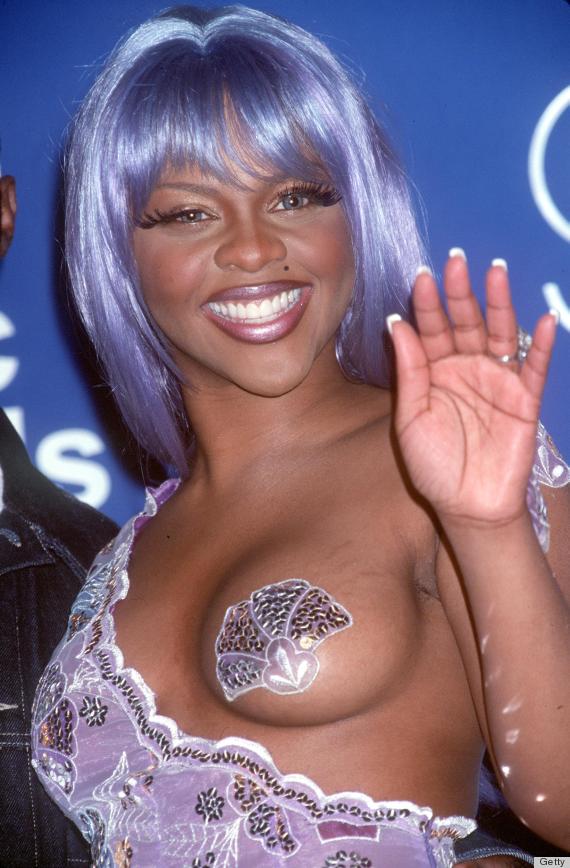 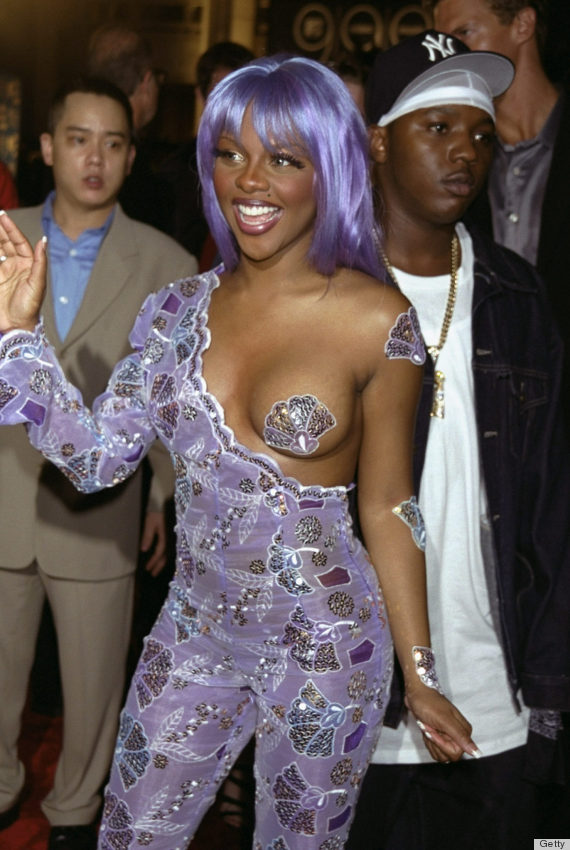 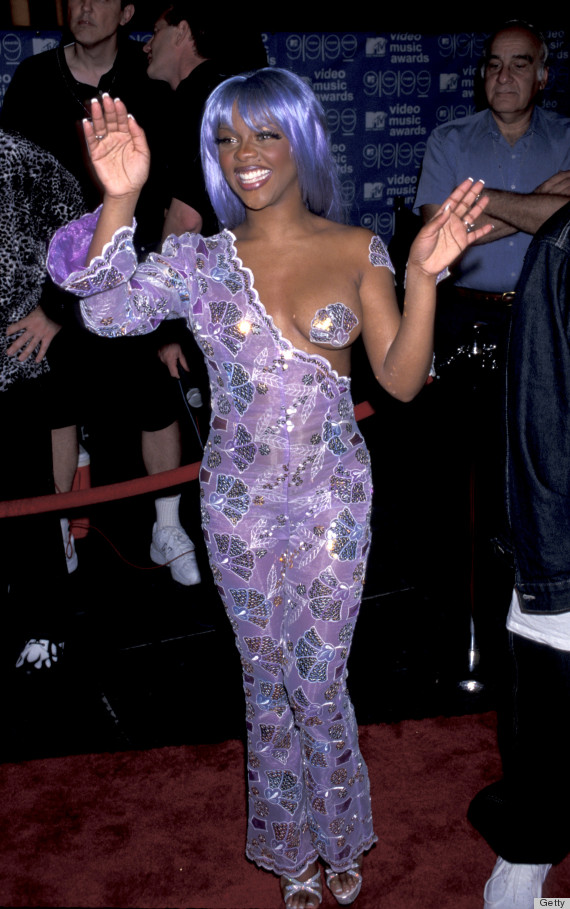 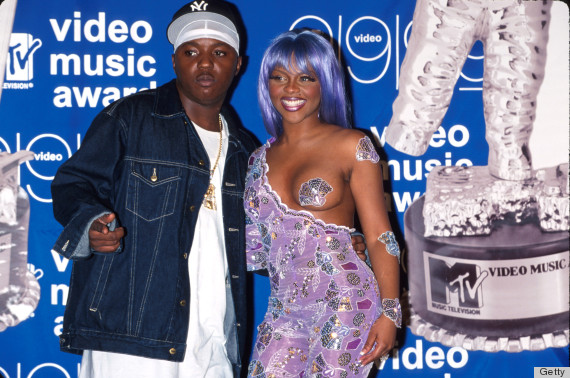 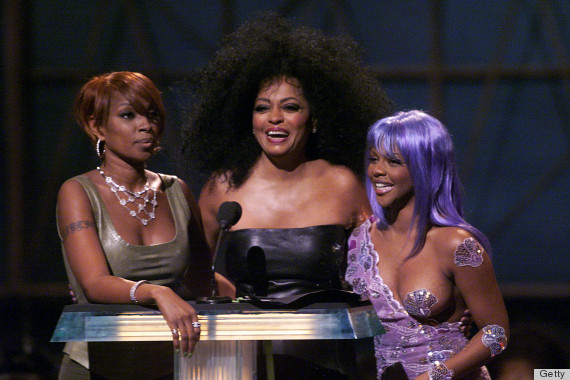