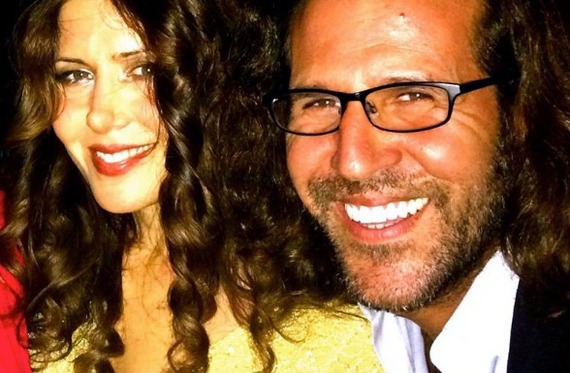 I was in my neighborhood post office in Paris in 1993 when I noticed a beautiful woman standing in front of me wearing black jeans, a black turtleneck, and long black coat. I looked over her shoulder and saw that she was mailing a letter to New York. I happened to be wearing black jeans, a black turtleneck and a long black coat, so when she turned around I pointed out our similar existential-angst-ridden attire ("I wear black on the outside because black is how I feel on the inside," declared Morrissey) and said to her in English, "We must have the same tailor."
The woman did not find this humorous at all. She snarled and left.

A few evenings later I was reading a book at La Palette when I overheard a group of people speaking English next to me. One of them noticed I was reading in English and asked me if I cared to join their group. As I began to introduce myself, a beautiful woman bellowed, "You're the guy from the post office!!!" and that was the birth of a long friendship between Audrey Manley and me.

In 2008 Paul Hawken invited me to his Christmas party at his home in Mill Valley. A few days later I was shopping thirty miles away at Ikea in Emeryville when I bumped into someone I had met at Paul's party. We started discussing our mutual interest in creating a "gift-economy" website where people would exchange services for services rather than money. Hooman Rabieh and I have been friends ever since and had dinner together last Friday evening in Oakland.

In 2005 I was in a health food deli on Melrose when I noticed a woman with a violin sitting down to eat. I asked her if she would mind if I joined her and she told me that she was waiting for someone. A few nights later I was invited to a dinner for Robert DeNiro and as I arrived I noticed a woman coming towards me.

"Hey, we met at the deli the other night," I said. And Lili Haydn and I have been friends ever since - actually about a month ago I brought a friend to my favorite Indian restaurant and about five minutes later the maitre d' seated Lili and her fiance Itai at the table next to us where we shared food and conversation for the next hour.

The point is that I try to take note of people floating around my orbit. When I bump into someone twice in different places I try to figure out why this person has entered my life. The Western scientific paradigm would not ascribe meaning to strangers bumping into each other twice in one week, but Western science also does not recognize acupuncture as medical treatment because it cannot detect the 5000 year old meridian system or the chi energy that flows through it.

There are more things in heaven and earth, Horatio,
Than are dreamt of in your philosophy.

Naysayers would say, "Hey, Lili and you are both Ivy Leaguers in the same age range so there's a high probability of you being in the same health food deli at the same time and both being invited to a dinner a few nights later... Shit, is there anyone in Los Angeles that hasn't had dinner with Robert DeNiro???"

In this paradigm, when Robert Plant reports receiving "Stairway to Heaven" in a dream he would merely be diagnosed as delusional.

Everyone is responsible for his or her belief regarding how the universe is functioning... are there "meaningful coincidences" (synchronicity) or does every phenomenon occur independently and randomly? Can a butterfly flap its wings in Lima and instigate an earthquake in Osaka? Is there an imperceivable matrix connecting all sentient beings? Is there dharma and karma or just good luck and bad luck? Do you choose to live in a universe with inherently meaningless art and random holocausts or do you choose to live in a universe that you believe is ordered in some way making the beauty we perceive particularly poignant but the tragedies sometimes even more complex, incomprehensible and thus seemingly more painful? What do you think of Neale Donald Walsch's proclamation, "There is no such thing as coincidence," or is that simply adding more unknown to the already unknown?

Lili Haydn and I are "old school" and thus after our last chance meeting we exchanged our latest creations. I gave Lili my new DVD and she gave me her new CD, "Lililand." Normally I would put a CD on as a soundtrack to my incessant multi-tasking but as soon as I put on "Lililand" I was compelled to sit and listen to it not as 11 separate songs but as one symphony, the way one would listen to "Dark Side of the Moon," "Kind of Blue," or any of those classic albums that were created on a very different artistic medium than the current 3-4 minute mp3 files we download today. 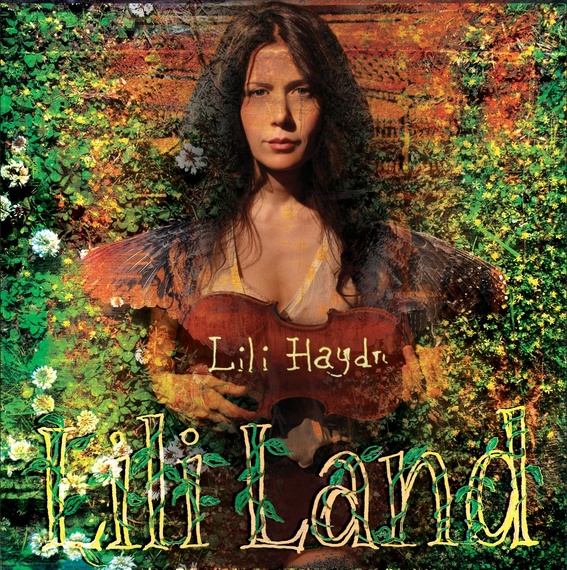 "Elephant Trapeze" is a fanciful, joyous introduction reminiscent of Kate Bush's majestic first two albums. "My My Cross the Line" is a fun, funky jingle that Lili wrote after losing all of her worldly possessions. "Sea of Gold" is a lovely, poppy song of gratitude that Lili wrote after recovering from brain damage - diving back into the sea of creativity after a dry spell.

Here's what Lili says about "Did Your Mama (Teach You How to Share?)": "I grew up on welfare, and my dad abused my mom and me, so I've always had a thing about fighting for the underdog. This is why I studied Poli-Sci at Brown, and wanted to become a human rights lawyer. But instead, now I put my body on the line at protests, and put my heart on the line in song. Did Your Mama was inspired by a 5 year old girl I saw when I was protesting outside the U.S. Chamber of Commerce at the inception of the Occupy Movement. She was holding a sign that said 'I know how to share!'"

The next song is "Tyrant," which portrays Lili's struggle with her own ego, followed by a riveting rendition of Led Zeppelin's "Kashmir." "How I Got My Brains Back" is a musical version of Lili's TED talk where she declares that music saved her life. "God Said" is Lili's attempt to reconcile how bad things occur in a universe with a loving God. "This is a Moment of Grace" is about letting go of expectations in order to make room for love and grace. "Here is the Rose" is the elegant theme song Lili wrote for the film "Anita" and was adopted for the internationally celebrated 'One Billion Rising' movement to end violence against women.

The CD concludes with "I Am a Man" which was inspired by the signs worn by the sanitation workers who marched with Martin Luther King before he was assassinated; it is a song about the dignity and freedom that all people deserve just for being alive.

"LiliLand" is a playful, upbeat, moving, genre-transcending, mystical journey in which the darkest explorations illuminate the most enlightening insightful, funkiest grooves, filled with whimsical improvisations and sensual connection with the divine, to spirit, to Mystery.

Again, it entirely up to you to choose whether the universe is occurring at random and the phrase "meaningful coincidence" is fictitious or if there is some underlying web weaving us all together.

Mozart reported that he received his symphonies and Beethoven composed some of his finest scores when he was stone-cold deaf. Unless you believe that both of these men were delusional then you might want to ask yourself "Well, where did they receive these symphonies from?"

I don't receive symphonies and I doubt you do either. But if you listen closely to the music of immensely gifted and passionate people such as Robert Plant, Miles Davis, Mozart, Beethoven, and Lili Haydn, I reckon you will conclude that it is a privilege to be traveling in the same orbit as them.