In 1939, as life became increasingly difficult for German Jews, one Jewish woman decided to trade a treasured painting for the chance to flee the country and avoid the Nazis’ death camps.

Decades later, descendants of Lilly Cassirer appear to have lost a bid to retrieve that painting from the Spanish museum where it now hangs.

Los Angeles federal judge John F. Walter ruled Tuesday that Madrid’s Museo Nacional Thyssen-Bornemisza is the painting’s rightful owner. Walter said he found no evidence that the museum, owned by the Spanish government, knew that the painting was stolen when it acquired the piece in 1993.

A representative for the museum said he hopes the ruling resolves a yearslong legal fight with Cassirer’s family.

“We now have a decision on the lawful owner and that should put an end to it,” the museum’s U.S. attorney, Thaddeus Stauber, told The Associated Press.

The Jewish Federation of San Diego, a beneficiary of the Cassirer estate that has joined the Cassirer family in the case, told HuffPost on Friday that the plaintiffs plan to appeal the decision.

The piece in question was painted in 1897 by the French impressionist Camille Pissarro. Titled “Rue Saint-Honoré, Après-midi, Effet de Pluie,” it shows a Paris street corner on a rainy day. The painting is now worth about $30 million, according to the Los Angeles Times.

Cassirer’s father-in-law purchased the painting from Pissarro’s art dealer in 1900, the AP reports. After Cassirer inherited the piece, she reportedly displayed it in her home for years.

But the Cassirers’ lives changed drastically when Adolf Hitler became Germany’s chancellor and started implementing hundreds of regulations that restricted German Jews’ public and private lives. Cassirer and her husband decided to flee the country in 1939. The Nazi government pressured her to surrender the painting for about $360, far below its actual value, in exchange for a visa, NPR reports. The $360 was placed in a blocked account that Cassirer could not access.

Cassirer reached a monetary settlement of $13,000 with the German government in 1958 over the loss of her painting. The settlement did not bar her from trying to recover the piece, but she never saw it again before her death, The New York Times reports.

It wasn’t until 1999, when a family friend spotted the painting in a Madrid museum, that the Cassirer family realized what had happened to the piece after the Nazis stole it.

According to the Museo Nacional Thyssen-Bornemisza, the Gestapo confiscated the painting during the war. In 1951, it was sold to an American art collector. It exchanged hands a few more times before the Swiss industrialist Baron Hans-Heinrich Thyssen-Bornemisza purchased it for $300,000 in 1976.

The painting has been included in exhibitions around the world for years. In 1993, the Spanish government agreed to purchase Thyssen-Bornemisza’s private art collection, now showcased in the museum that bears his name.

Lilly Cassirer’s grandson, Claude Cassirer, first filed a claim for the painting in 2001. After his death, his son, David Cassirer of San Diego, has continued the family’s quest to retrieve the painting.

In the ruling on Tuesday, Walter wrote that it is “undisputed that the Nazis stole the Painting from Lilly [Cassirer]” and criticized Thyssen-Bornemisza for not doing enough to trace the painting’s history. The baron, a sophisticated art collector, should have taken note of many “red flags,” Walter said ― such as the fact that some of the labels on the painting appeared to be “intentionally torn off or removed.” The baron also ignored the fact that Pissarro paintings were often looted by the Nazis, the judge said.

Walter said Spain’s position on the painting was “inconsistent” with the principles of the Terezin Declaration, an agreement signed by 46 countries in 2009 that declared Nazi-looted art should be returned to victim’s heirs. Still, since Spanish law dictates that collectors can keep stolen artwork if they are unaware of its tainted provenance at the time of purchase, Walter said the painting belonged to the Spanish museum.

The Cassirer’s family attorney, Steve Zack, told the Los Angeles Times that the family doesn’t agree with the ruling.

“We respectfully disagree that the court cannot force the Kingdom of Spain to comply with its moral commitments,” Zack said.

Susan Halliday, chief financial officer at The Jewish Federation of San Diego, told HuffPost that the organization is disappointed that the Spanish government and the museum are refusing to take the “moral high ground” in this case.

“We wish that, as other institutions have made good faith efforts to resolve provenance issues with Nazi-looted art, the Museum would have taken a similar righteous path, given their vast collection,” Halliday told HuffPost.

During World War II, Hitler ordered the Nazis to confiscate other nations’ cultural property to enrich the Third Reich and possibly establish his own museum in his hometown of Linz, Austria. 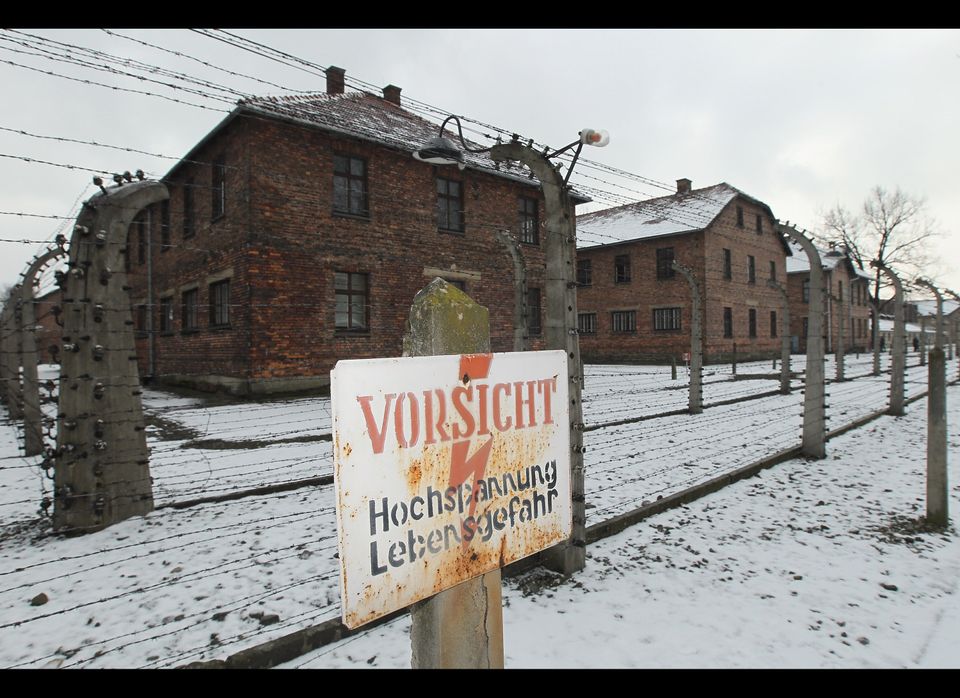 1 / 4
Poland
A sign in German reads: "Careful, High-Voltage, Danger" at the former electrified perimeter fence at the Auschwitz I memorial and former concentration camp. Auschwitz was the biggest Nazi concentration camp during World War II and is infamous for its gas chambers where hundreds of thousands of Jews and other victims were murdered.
Getty