"It's annoying being a woman since everyone pits us against each other."

That's one of the things Lily Allen said in a recent interview with Rolling Stone, where she discussed working on her new album, "Sheezus," and what it's like to constantly be compared to celebrities like Katy Perry. She told Andy Greene:

I think in terms of humanity and evolution. It feels like the reason we play women against each other is because it's the last bit of power that men have. They're like, "Let's make them feel shit about each other."

Allen explained that she'd rather be judged on her work as it stands, rather than in comparison to others. "I don't like being put in the same category as people because we have the same genitals and boobs," she said.

The "Hard Out Here" and "Not Fair" singer also revealed that radio stations are reluctant to play the album's title song, "Sheezus," because it features the word "period" -- which "is really offensive to people, even though half the world has to deal with it once a month."

Lily, we'd happily listen to a song that happens to mention periods -- and we won't compare you to other women while doing so. 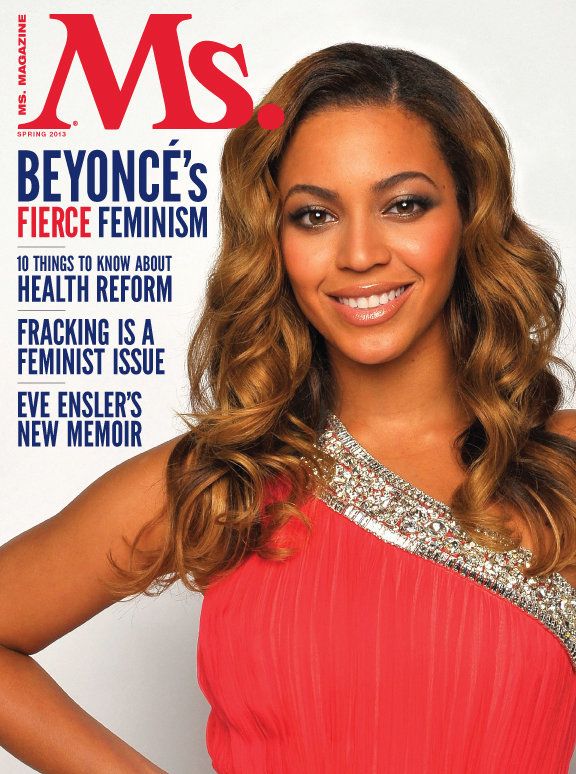 1 / 24
Beyonce Was Featured On The Cover Of Ms. Magazine
Whether or not you agree with Beyonce's particular brand of feminism, it was pretty exciting to see the <a href="http://msmagazine.com/blog/2013/05/16/beyonce-rocks-the-cover-of-ms/" target="_blank">pop star grace the cover</a> of the iconic feminist magazine in May. Remember, it was Queen Bey who proclaimed, "Who run the world? Girls."
Ms. Magazine