Lily Collins showed her fit figure while in London Monday, dressed in a tiny crop top and some leather pants.

The "Mortal Instruments: City Of Bones" actress was spotted arriving at celeb hotspot The Ivy in London's West End Aug. 19. Collins bared her toned abs in a black belly shirt and a pair of black leather trousers. Despite showing some major skin, she still looked demure with a swipe of red lipstick and her hair pulled back.

The 24-year-old was joined at the club by her ex-boyfriend, Jamie Campbell Bower.

Collins is currently in London promoting her new flick, co-starring Bower and Kevin Zegers. She spent the day at ITV studios doing interviews, according to the Daily Mail, and then later headed to a "Meet the Actors" event at the Apple store on Regent Street for further promotions. 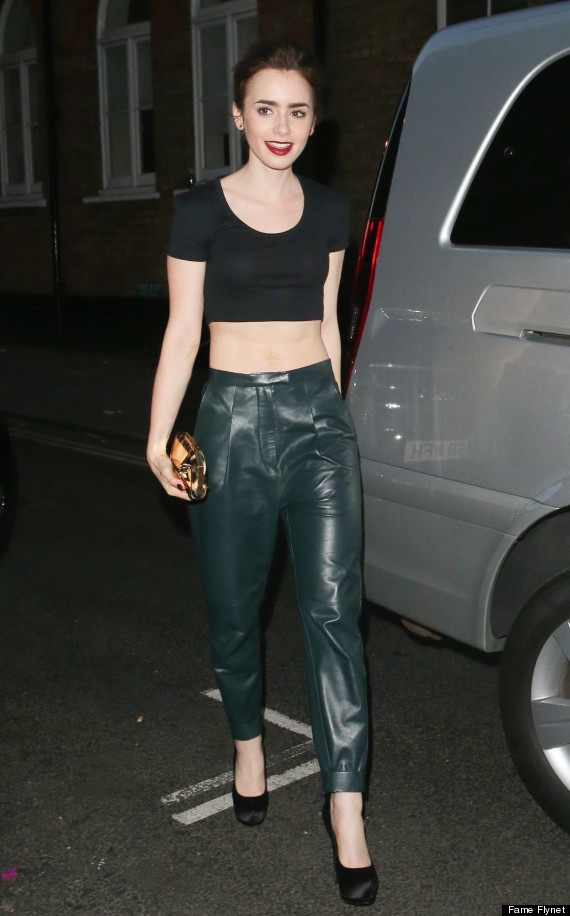 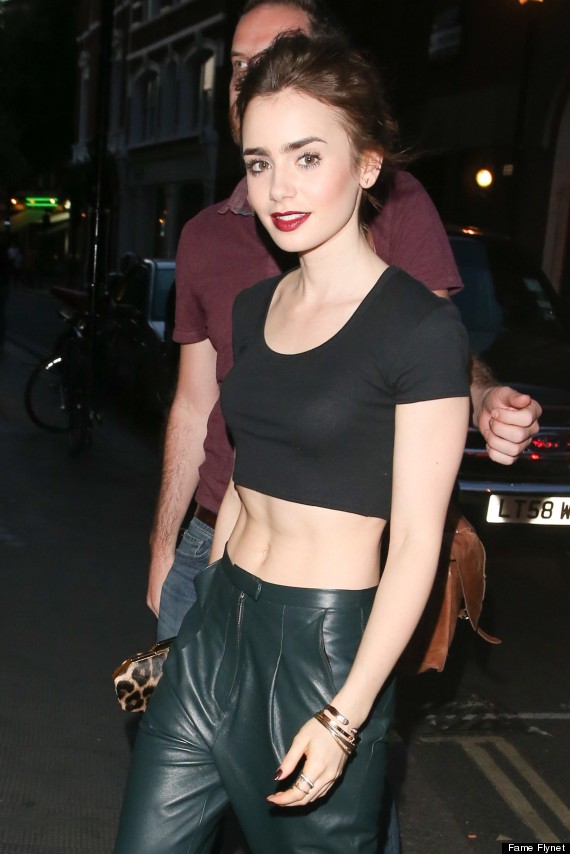