According to Glamour, "The Mortal Instruments" is about to do for Lily Collins what "The Hunger Games" did for Jennifer Lawrence. Meaning: the 24-year-old actress is Hollywood's "next big thing" -- and she's on the cover of the magazine's July issue to prove it.

Lily talks fashion, her actor friends (including J Lawr!) and what keeps her grounded in the interview excerpt, below. Scroll down to see photos from the cover shoot.

GLAMOUR: Did you ever ask your dad for help?
LILY COLLINS: No, I always wanted to do it on my own. I never wanted anyone making phone calls. A name can open doors, but there’s a quote I like: “Personality can open doors, but only character can keep them open.”

GLAMOUR: In your new movie "Stuck in Love," your character, Samantha, is a little like you: a writer with a famous father.
LC: It’s my most meaningful project so far. I fought for the role for seven months. I read the script and thought, "No one but me can play this." Samantha is promiscuous, cynical, sarcastic—qualities that are not me, but fun to channel. I also liked her relationship with her dad.

GLAMOUR: Do you consider anyone your mentor?
LC: My mom. It has nothing to do with acting. She guides me through my personal life, telling me to experiment. She lets me borrow her vintage. She has Chanel and eighties stuff from Yohji Yamamoto and Vivienne Westwood that she got when vintage wasn’t cool. She’d wear them to events with my dad, and everyone would ask what she had on; when she said “vintage,” they’d go, “Oh, that’s nice,” and, you know, turn the corner.

GLAMOUR: "The Mortal Instruments" is going to be epic too.
LC: I’m so excited! I had read and really loved the books.

GLAMOUR: The anticipation level is pretty crazy. Readers have a lot of opinions about the movie.
LC: The fans [in Toronto, during filming] were amazing. They’d bring us cookies, mugs, tea, drawings, everything. I want to make sure I live up to their expectations as Clary.

GLAMOUR: It all reminds me of where Jennifer Lawrence was right before "The Hunger Games."
LC: She’s a friend; she’s awesome. The choices Jennifer has made have been really interesting. And I loved how she carried herself after her trip [going up onstage] at the Oscars. I was like, “You go, girl!”

GLAMOUR: Do you have many actor friends?
LC: It’s funny, but the friends I’ve made in this business, some of us started out getting each other’s phone numbers in audition rooms because we were like, “I see you all the time. Why are we not hanging out?”

GLAMOUR: We have to ask: Have you started getting dressed in the morning with the paparazzi in mind?
LC: Even in L.A., where everyone’s in yoga pants, I’ve never been the girl to run around in sweats. I love fashion and always have something put together, but I won’t wear anything specifically to be photographed in. I have become more cautious of making funny faces in public.

GLAMOUR: So, Ms. Next Big Thing, what keeps you grounded?
LC: My mom. She has always encouraged me to feel like being me is enough. That’s really special, especially in a place like Hollywood. She’s my best friend.

For more from the issue, head over to Glamour.com.

The "Next Big Thing" issue is on newsstands nationwide on June 11 and available now digitally (iPad, Kindle Fire and Barnes & Noble Nook Color). 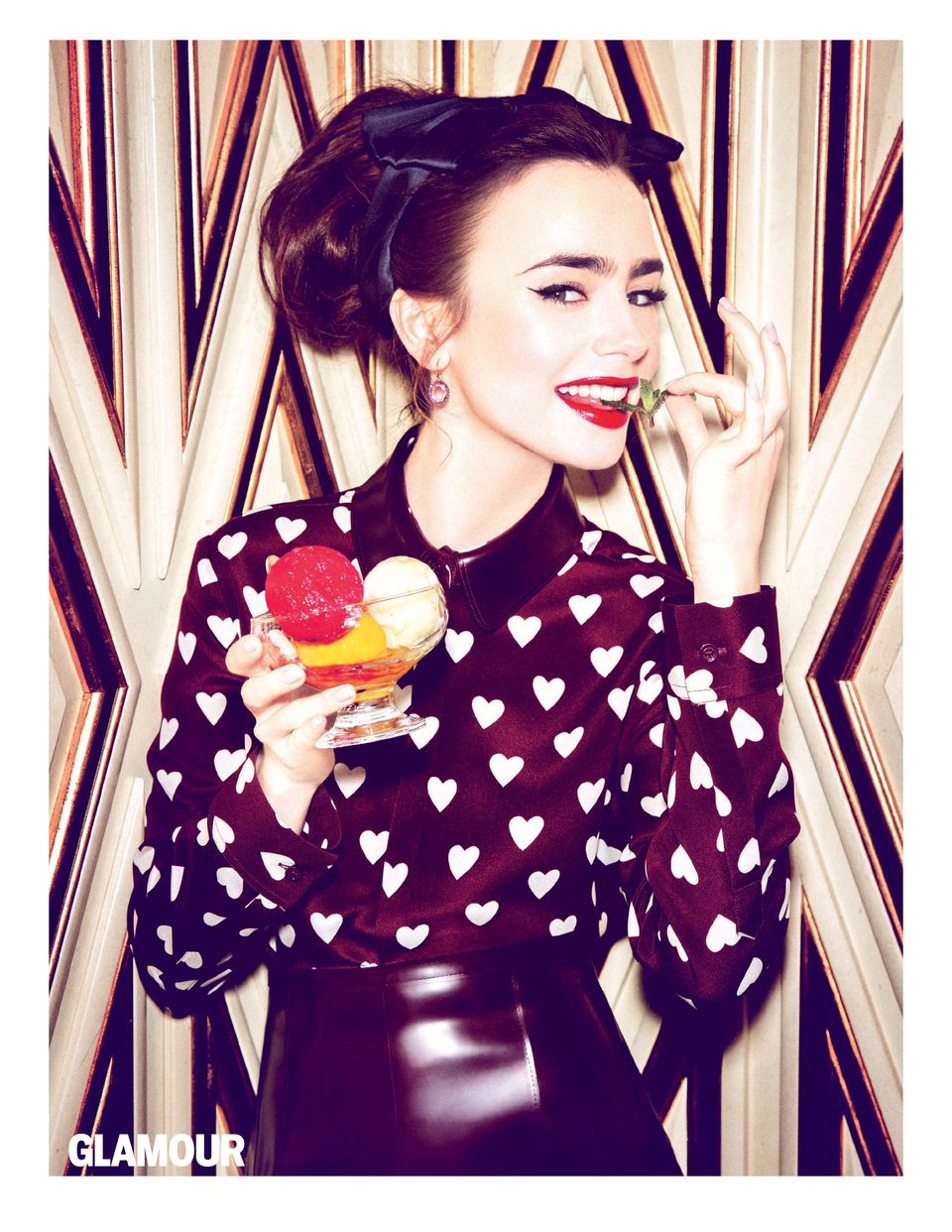