She's been getting style points lately for her minimal crop-top outfits, but Lily Collins goes full-on edgy in a new spread for Flaunt magazine. The 24-year-old actress, who stars in the upcoming "The Mortal Instruments: City of Bones" film, revealed a more dramatic side as she posed in black leather, platform shoes and an electric blue mohawk for photos shot by Frederic Auerbach. The effect is half Rooney Mara in "Girl With a Dragon Tattoo," and half "heck, that isn't just Phil Collins' daughter anymore."

Looks like the makeover is just for show, however. “I didn’t have a goth phase. My mom and I would always visit churches when I was traveling, and I was always interested in the darker side of things and the darker side of fairy tales," Collins told Flaunt in the interview.

For more of Collins, click through to Flaunt magazine. 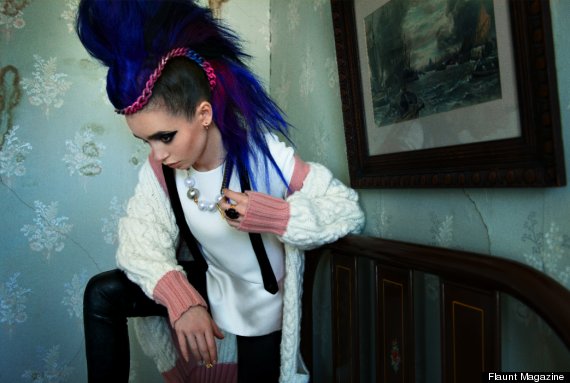 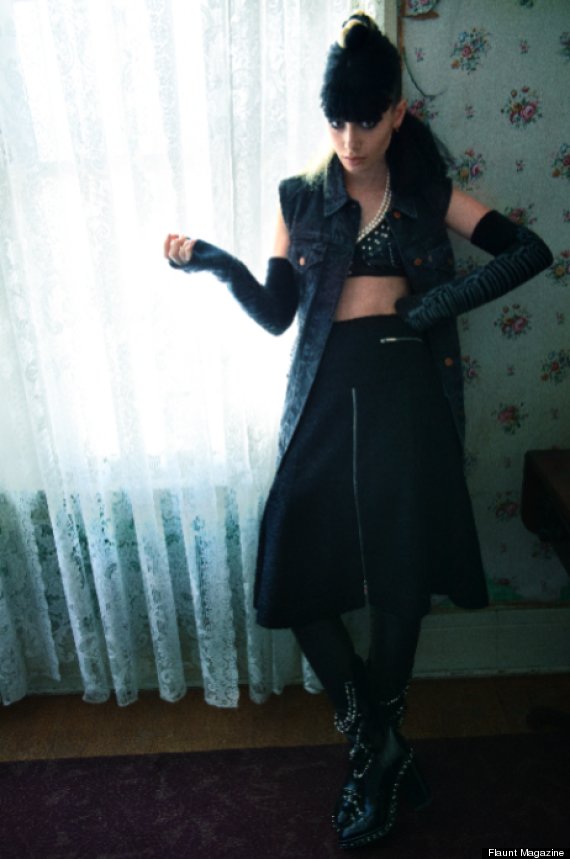