The first glimpse of Lily James as Cinderella is here. The 24-year-old actress is set to star in Disney's live-action adaptation of the classic fairy tale alongside Cate Blanchett, Helena Bonham Carter and Stellan Skarsgård.

The photo of James was released by Disney on Monday. Principal photography on the Kenneth Branagh-directed movie just began in London, and the "Downton Abbey" actress is seen riding through a meadow on horseback. 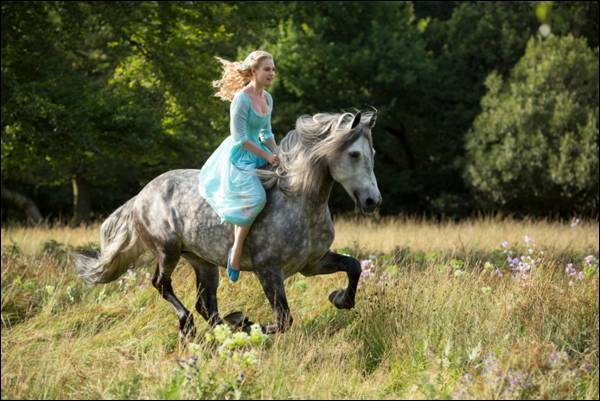