This is the first of our "True Story Told In Pictures" series, which is exactly what it sounds like.

We are pleased to announce the heart-warming conclusion to the saga of 3-year-old Lily Robinson versus the English grocery store chain Sainsbury's. Our charmingly-named colleagues at HuffPost UK (all we're saying is, "Alastair Plumb") have been tracking the story, so don't miss their full rundown. In the meantime, we on this side of the pond wanted to provide an image-heavy primer to get you started. Because that's how we roll in the land of lesser English!

Last May, adorable Lily spotted an adorable style of bread called "tiger bread" in a Sainsbury's. Which let's all admit, is an adorable name for a grocery store. Exhibit A, le pain du tigre: 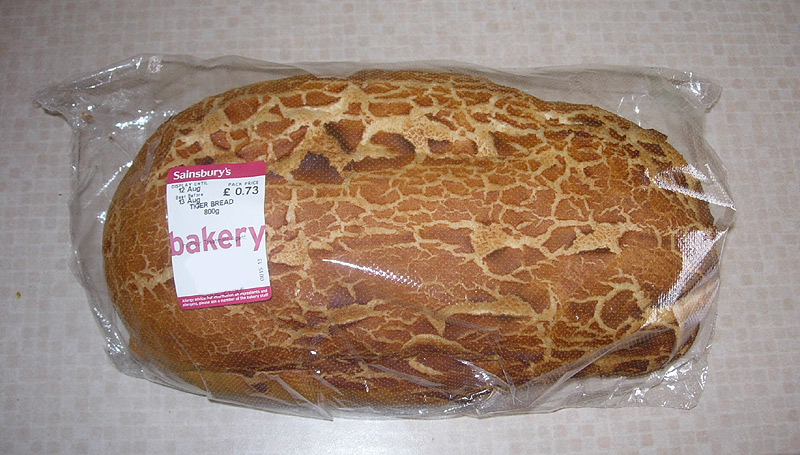 In no time, Lily discerned the problem with tiger bread. She set to informing the ones in charge. 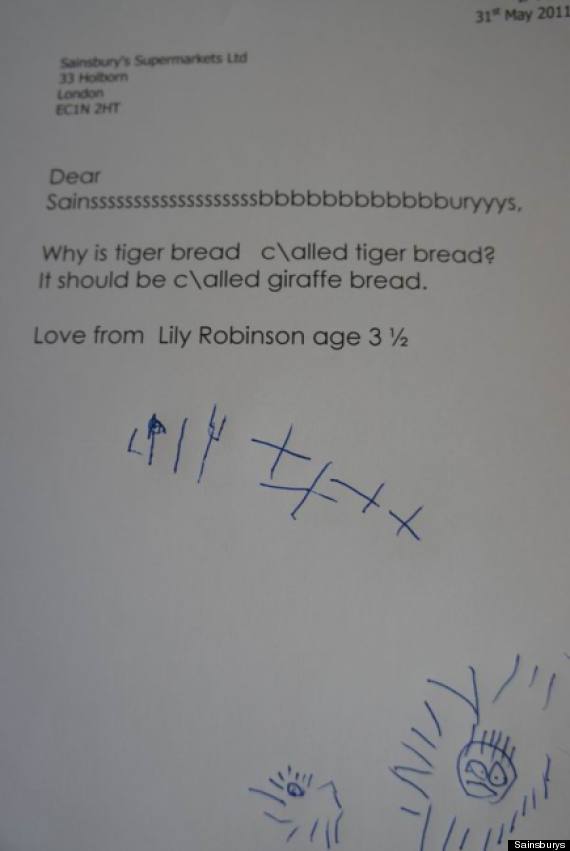 This letter elicited exactly the reaction it should have from one Chris King of Sainsbury's, along with a gift card worth 3 pounds:

The Huffington Post called and ran this piece, a reporter on Sky Living even went so far as to propose to Chris. The Sun and This is Money both ran articles about the story on their sites.

At the time of writing, this single post on Facebook about the tiger bread letters was liked over 150,000 times and shared over 48,000 times.

Meanwhile, Chris King has become an Internet celebrity: he now has a Facebook fanpage and the Wikipedia entry for tiger Bread also mentions the exchange between Lily and Chris.

(For a fancier retelling of how Lily's letter went viral twice, head over to blog till you drop).

Emboldened by the world's newfound Like for them, Sainsbury's came to their senses. 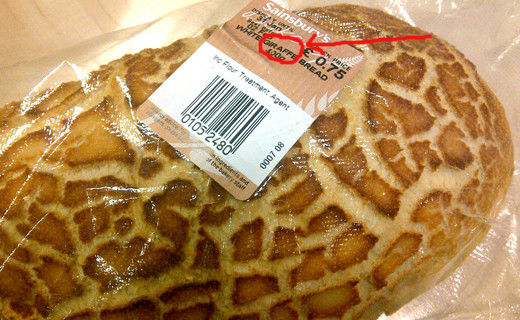 From this day forth, Sainsbury's tiger bread will forever be known as Sainsbury's giraffe bread. And little Lily Robinson as the half-David half-Androcles who made it so.

[via The Daily What]