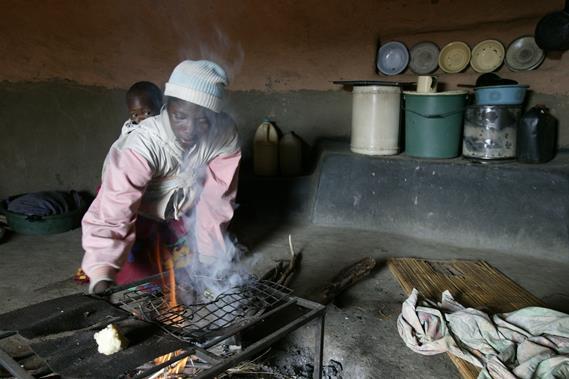 New Year's is a time for making resolutions and tackling tough issues, so there's no better time to talk about one of the biggest killers in the world and what we can all do to help end it.

Four million people die each year as a result of inhaling lethal smoke from open fires and simple stoves used to heat and light their homes -- that's more deaths than are caused by HIV/AIDS and malaria combined.

Millions more who become sick with perfectly treatable conditions have no hope of recovery because their hospitals don't have access to electricity. There are no incubators, no life-saving equipment and no refrigeration to store essential vaccines. In fact, millions of children are born by candlelight each year because at there are no lights. 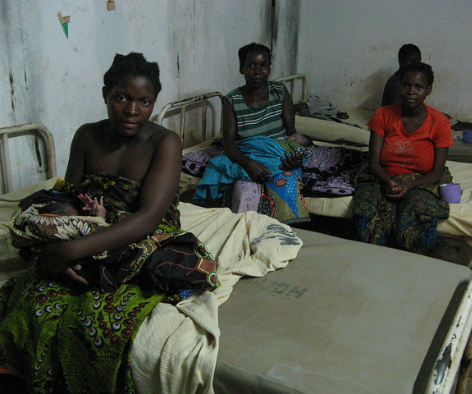 Women in the maternity ward in Bondo, Malawi. Photo by Drew Corbyn.

Aaron Leopold, Global Energy Advocate at international NGO Practical Action, has written a guest blog on this issue. You can sign Practical Action's petition to help ensure billions of people can gain access to essential medical care powered by energy and a fair chance at life. This will be sent to the UN negotiators of the Sustainable Development Goals (SDGs). You can also read Aaron's paper on how and why to better link the climate and energy access agendas.

There has been severe criticism from many fronts that climate negotiators in Lima failed to deliver on past promises or set up an adequate framework for constructing a new global agreement in Paris in 2015.

Incredibly, however, despite the fervour over, and fallout after, the negotiations these past few weeks, not a single commentator (or negotiator for that matter), raised the importance of including the most important energy issue facing the developing world (energy access) on the climate agenda.

Because there is no universal definition of energy poverty or conclusive numbers measuring it, we can only say that between 1.2 to 2.4 billion people live with either zero or very inadequate modern energy services (unreliable, unaffordable and unsafe). This is staggering considering that our global energy consumption is indeed the major cause of our climate woes. On the one hand, we are producing far too much in climate terms, while simultaneously supplying far too little in human terms.

The simplistic response to this issue is to say we simply need more renewables. We already know that, so what is the point of bringing it up?

There's a reason why over one-third of humanity is under or completely unserved by current energy infrastructure: today's version of energy planning (even renewable energy planning) is often anti-poor. Low-carbon planning will be the same unless work is undertaken to specifically avoid this.

Alleviating energy poverty is not about giving people electric light at night - over one billion people lack access to electrified medical facilities, 50 per cent of primary school children worldwide are taught in classrooms with no heat, lights or computers, and jobs for the energy poor are restricted to things people can do with two hands and a strong back. 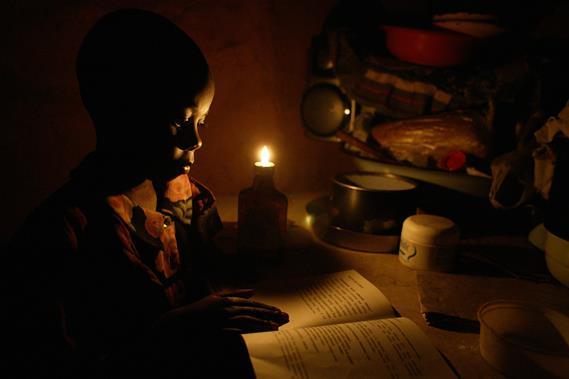 This seven-year-old girl struggles to read using one candle. The light is so poor that she suffers temporary blindness caused by the strain of doing her homework by candlelight. Photo by Crispin Hughes.

The looming threat of climate change has understandably created a growing push for low-carbon green growth in recent years. As a result, 95 developing and emerging economies now have renewable energy support policies - up from only 15 in 2005. While these policies are welcome and necessary, for the most part they have been designed by policymakers, regulators and energy experts without being informed by energy-poor end users or their needs.

Indeed, modern energy planning focuses on megawatts and grid connections. This is attractive to policymakers and donors because they are easy to measure and illustrate 'progress'. But to the energy poor, these are unhelpful and irrelevant metrics. This is because, more often than not, new megawatts go to industry and the easy-to-reach, and the few new connections that are made to energy-poor households mostly offer very unreliable services.

Meeting the universal basic energy needs of our planet would contribute less than two per cent to current global greenhouse gas emissions. People living in poverty should not be deprived of the opportunity to improve their lives because of the developed world's historical profligacy. Accordingly, it must be seen as a global imperative that donors governments, energy ministries around the world, and UN negotiators demand energy service planning and delivery in the 21st century be inclusive, pro-poor, and sustainable.

This is a message not only to climate negotiators, but equally, if not more so, to the negotiators crafting the SDGs, a set of global promises to our planet and all its citizens that we will ensure our collective future is healthy, safe and dignified.

While it is indeed likely that there will be a goal specifically on energy, at the moment it risks being a very weak one. Only a robust and clearly defined goal can provide the clarity and targets needed to measure progress and hold countries to account on energy access and climate change.

An energy SDG must call not only for universal "access", but access to safe, affordable, sustainable, reliable and appropriate energy for household, productive and community uses. Only with a clear, well defined SDG on energy access can we prevent governments from counting light bulbs as access. It will enable us to ensure that meaningful levels of energy are planned for that can be used to: 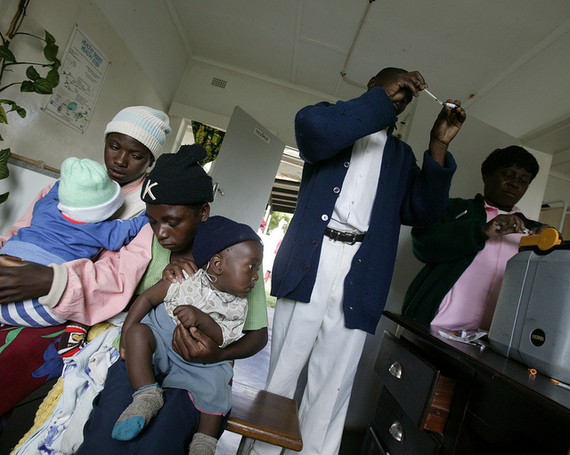 Mothers bring their babies for vaccinations in Nyafaru, Nyanga, in the Eastern highlands of Zimbabwe. A community micro-hydro system provides electricity for lighting, a sterilization unit and incubator at the Medical Centre. Photo by Crispin Hughes.

Regarding climate change, only a goal of tripling the share of renewable energy can deliver on the internationally agreed target of limiting global temperature increases to two degrees. It is as simple as that.

The message to climate and SDG negotiators in 2015 is this: if the level of ambition to shift discourse and action around energy is not raised significantly, universal access to energy will not become a reality, but catastrophic climate change certainly will. And both will be extremely expensive.