We first became aware of Lin Oliver when we presented at the annual New England Society of Children's Book Writers and Illustrators Conference. We learned she had co-founded SCBWI, and we kept hearing what a wonderful writer, great businessperson and generous human she was. Now that she's launched her new book series, The Fantastic Frame, we asked her how she and Stephen Mooser founded the linchpin of the children's book community. 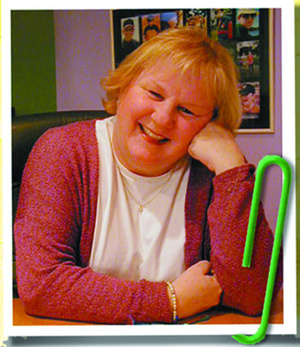 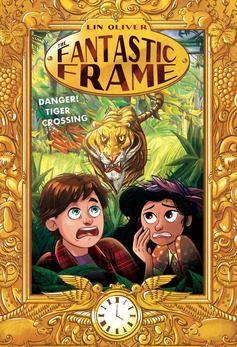 The Book Doctors: How did you go about starting the Society of Children's Book Writers and Illustrators? What was the impetus, and what do you think writers can get out of joining a group like it?

Lin Oliver: When I started the SCBWI, I was 21 years old. I started it with Steve Mooser. I won a writing contest very early in my life, just after graduating college, and the prize was to work in television. At the time, I didn't like it. That wasn't what I wanted to do, so I quit, very haughtily. My father said, "Well that's lovely, but now you're not in school, and now you don't have a job. So you'll be getting a job." I went to the state unemployment office. This was the mid-'70s, so the unemployment office meant they were finding you employment. And on the bulletin board there, it said, "CHILDREN'S BOOK WRITER WANTED." You have to believe in destiny.

It was a federally funded organization that was creating a K-6 reading series for kids. They were looking for authors to write the stories. This was during the Great Society, and there was funding for education, research-based education. You had to audition. I wrote a story, and I was selected. The other person who was selected was a guy named Steve Mooser. They put us in an office together and said, "Alright, you have a three-year contract. You're going to write 110 stories and 7 novels each." I said, "Okay, thanks so much!" After the bosses left, I turned to Steve and said, "I have no idea." And he said, "I don't either."

We thought, we'll go to a conference, or a class, or something. There were none. Being a brash kid, I said, "Well, we'll throw a conference!" I went to the Santa Monica and Beverly Hills public libraries and asked them to give me all the great children's books. I spent a month reading them, and then I wrote my 10 favorite authors. "We're having a conference in California. Would you like to come speak?" And you know what? All 10 of them wrote back. It was an early indicator of what this field is. You couldn't have written to 10 radiologists, or accountants. . .

Eight out of the 10 said, "Sure, I'd be happy to come!" And the only other two who said no were Dr. Seuss, who wrote a rejection letter in rhyme, and E.B. White, who said that he and Charlotte needed to stay in the barn. It turned out that he passed away later that year.

The ones who said yes were Sid Fleischman, Jane Yolen, Judy Blume, Tommy Depaola, and Don Freeman. They all came! And then we thought, "Well, we're having this conference, we should have an organization. That's how we formed it. We discovered what an incredible peer group it is. It was the right time because everybody was looking for a community. It's now 45 years later, and there are 25,000 members. I think it's generally acknowledged to be the linchpin of the children's book community.

TBD: There are SCBWI branches in Japan and the Netherlands. It's impressive.

LO: Everywhere. Steve and I, several years ago, were invited to come visit our chapter in Ulaanbaatar, Mongolia! We went to Beijing and took a three-day train ride across the Gobi Desert. When we got off in Ulaanbaatar, there was a group of 40 people standing there with a big sign that said, "WELCOME TO SCBWI!" It truly was a great moment in my life. SCBWI grew up with regional advisors and local coordinators, but the growth comes from the fact that people who work in this field are really looking to bond, to be a community, to unite behind kindred ideas, and to reach out to the next generation of people who are doing this.

TBD: We have been to dozens and dozens of writing conferences. The first time we came to a SCBWI conference, we were really blown away by two things. One was the sense of community that was there, from newbies to many, many published authors. The other was the level of sophistication of the people presenting--the kind of knowledge that was being passed on--and the people who showed up. Even if they were newbies, they had done their homework.

LO: It's taken all 40-some years to make those points. At first, it was always like, "How can I get an agent when my manuscript's ready?" Over years and years of training, people coming back over and over, they've learned the craft that you have to practice. One thing we've tried to stress as an organization is that when you're submitting work, you're representing the organization as well as yourself. It better be professional, and it better be submitted to the right person. We have this book on the SCBWI website called The Essential Guide to Writing For Children, and it has directories of agents, publishers, regional presses, religious presses. We try to teach everyone that you don't write something, then throw it out there like spaghetti and hope it sticks on the wall. Over the years, people have gotten to be much better writers. That doesn't mean every book you write is going to sell, but there's at least a level of professionalism. You don't submit it until it's at least there. And then you submit it to somebody who has a shot at buying it.

If you see the people who religiously come to the conferences and meetings, who are in critique groups that rework and rework, a tremendous proportion of them succeed. It cuts off years from their process. It's one of the great pleasures of my life that you see how much the organization is able to help people realize their creative impulses.

TBD: There's also this sense of generosity at SCBWI. We travel with our daughter. Our first year there, I was talking to a writer, and I look over, and I see my daughter is with Peter Reynolds. And he's showing her his book, and they became friends! I was blown away by it. Flabbergasted. Impressed.

LO: Oh it's amazing. I have three sons, and now they're in their twenties. When they grew up, they and all their friends worked for free at SCBWI. My son counts Norton Juster as one of his friends. Judy Blume came to one of their graduations. It's a very unusual group of people. I think if you start out caring about kids, it sort of eliminates 95% of the world's 'ugly' people. You might find someone you're not particularly drawn to, but you're not going to find a real dud in the crowd.

Lin Oliver is a children's book author and writer-producer of television series and movies for children. With Henry Winkler, she writes the New York Times best-selling book series, Hank Zipzer: World's Best Underachiever, which has sold over 4 million copies and is a hit television series on the BBC. Their new chapter book series, Here's Hank, is also a New York Times best-seller. She is also the author of the Who Shrunk Daniel Funk quartet, Sound Bender and The Shadow Mask, adventure/science fiction middle grade novels she coauthored with Theo Baker. Her collection of poetry, the highly praised Little Poems for Tiny Ears, illustrated by Tomie dePaola, is being followed with another poetry collection, Steppin' Out: Playful Rhymes for Toddler Times. Her new chapter book series, The Fantastic Frame, debuted in April of this year from Grosset. Lin is the co-founder and Executive Director of SCBWI. Learn more at www.linoliver.com or follow Lin on Twitter (@linoliver).