The Lincoln Memorial in Washington D.C. was vandalized overnight. (Scroll down for photos.)

According to NBCWashington, green paint was splattered inside the chamber of the memorial, on Lincoln and on the floor around it.

The monument will be closed while National Park Service crews clean up the mess, The Associated Press reported.

There's no word yet on why the monument was desecrated. But NBC Washington is reporting that the U.S. Park Police have video footage of the person who did it. Police say they are now pursuing a person of interest.

The U.S. Park Police in Washington say the Lincoln Memorial is temporarily closed after someone splattered a splash of green paint on the statue.

Police say the apparent vandalism was discovered around 1:30 a.m. Friday on the statue, the pedestal and the floor. No words, letters or symbols were visible in the paint.

Capt. Steven Booker says the paint spill "appears intentional based off of the splatter." He says police are reviewing security camera footage to try to identify possible suspects.

Police say the memorial will be closed until the National Park Service maintenance crew can clean up the paint, which is expected to happen later Friday.

The memorial, one of the most popular sites on the National Mall, was dedicated in 1922 to the nation's 16th president 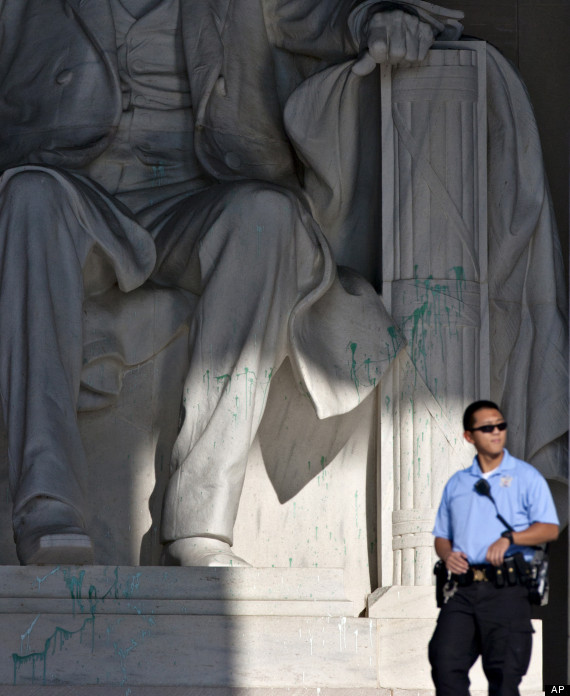 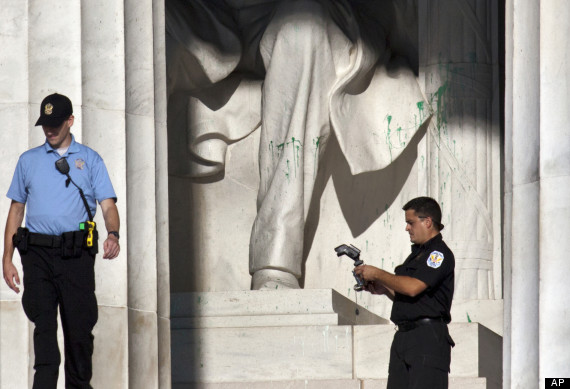 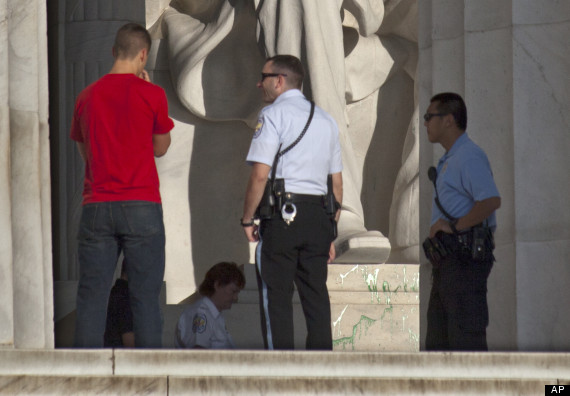 The story has been updated with a report of U.S. Park Police having a video.