Steven Spielberg's "Lincoln" is one of 2012's most anticipated Oscar movies -- and now it has an actual calendar position. Disney announced that "Lincoln" will arrive in theaters in limited release on Nov. 9 with an expanded nationwide rollout to follow on Nov. 16.

For those following the development process of Spielberg's epic about Abraham Lincoln (in this film, the 16th president doesn't hunt vampires), the news isn't all that surprising. Back in September of 2011, Spielberg said that he didn't want "Lincoln" to "become political fodder" during the presidential election. As such, "Lincoln" will arrive three days after the election.

As for the Academy Award implications, "Lincoln" was always on the slate for 2012, but the date gives you the impression that Disney thinks the film is more than just an awards darling; "Lincoln" opens against "Skyfall" on Nov. 9 (albeit in limited release) before going wide opposite "The Twilight Saga: Breaking Dawn Part 2" on Nov. 16.

Daniel Day-Lewis stars as Lincoln himself (start penciling him into your Oscar ballot), with an all-star cast (Sally Field, Joseph Gordon-Levitt, Tommy Lee Jones, John Hawkes, Adam Driver, Jared Harris, James Spader and Jackie Earle Haley) lending support. Spielberg directs from a script by Tony Kushner. Will "Lincoln" be a shoo-in for Oscar gold or the next "J. Edgar"? Find out on Nov. 9 (or Nov. 16 if you don't live in New York and Los Angeles). 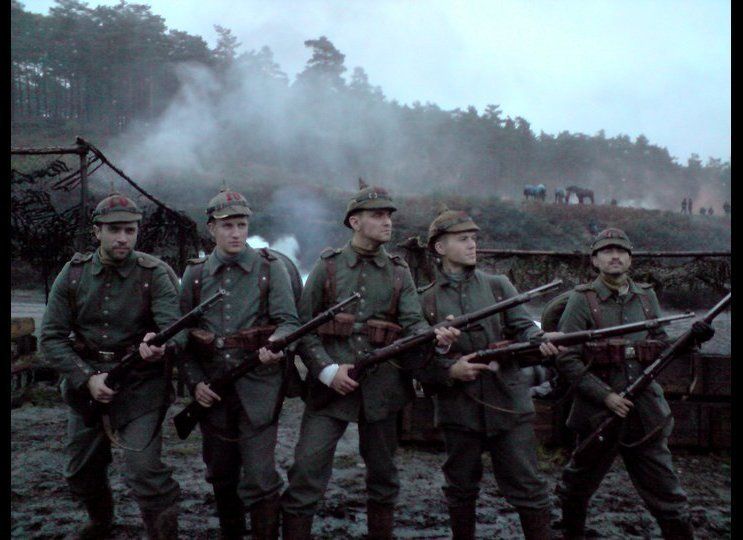 1 / 6
"War Horse" Extra: German Soldier, 1914
Said Graham: "I only did this for one day and it was the last day of principal photography." Photo: Graham Curry