Linda Evangelista has repeatedly refused to reveal who fathered her 4-year-old son, Augustin James. However, the New York Post reports that the supermodel's baby's daddy is billionaire Frenchman Francois-Henri Pinault.

Evangelista initially said the father was "a New York architect," but Pinault's name started circulating in 2007, thanks to Page Six. At the time, Didier Fernandez of DNA Model Management, told People.com, "Not true. [Evangelista] has never said who the father is."

However, Page Six, still hot on the trail of the supermodel's personal life, spotted Evangelista heading to court on Thursday to set up a support agreement with Augustin's dad:

The Manhattan magistrate's court action confirms that the two-timing Pinault -- CEO of the $28 billion conglomerate that owns Gucci, Bottega Veneta and Yves St. Laurent -- is the daddy to two 4-year-olds by different world-famous beauties.

One -- Augustin, and the other -- Valentina, Pinault's daughter with wife Salma Hayek. Pinault didn't make it to court; his lawyer, David Aronson explained, "We had understood that it was to be a brief, telephone conference, to bring Magistrate Troy up to date on what the status was."

Apparently no agreement was reached, so there might be a trial come fall. Evangelista was previously linked to Peter Morton, whom she started seeing around late 2006 when she was already pregnant with her son, but the pair split last summer. 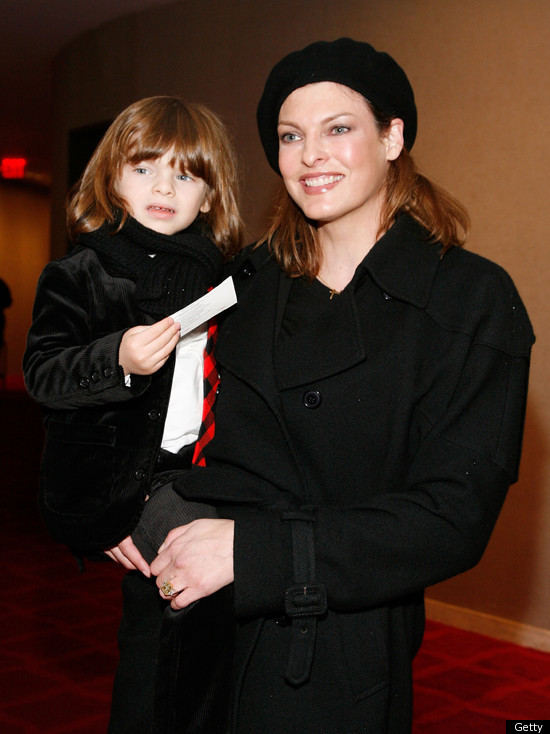