In 2010 Lady Gaga shocked the masses when she donned a dress made of raw meat. But the singer was only taking hints from British punk artist Linder Sterling, who debuted the unusual "fabric" in 1982. 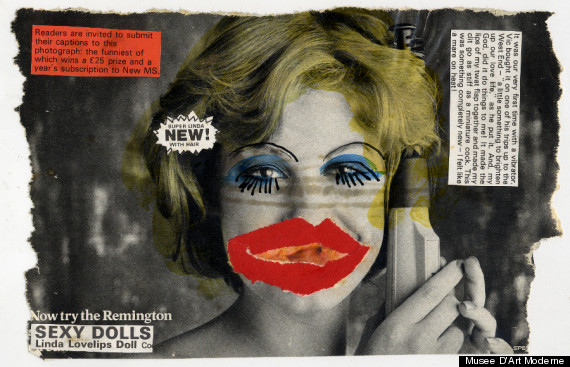 While we imagine the meat dress has expired in the two years since its debut, 200 of Linder's less perishable, equally fierce feminist statements are going on view at Paris' Musee D'Art Moderne. Linder's grating collages cut and paste images pornography and advertising to show the violent flatness of the female image.

Women's bodies are publicly offered up as either a desirable object, domesticated prize or sex toy. Linder's jigsaw puzzles mash up pouty lips, fresh cupcakes, spread legs and vacuum cleaners to hyperbolize the ridiculous impossibility of the feminine "ideal." 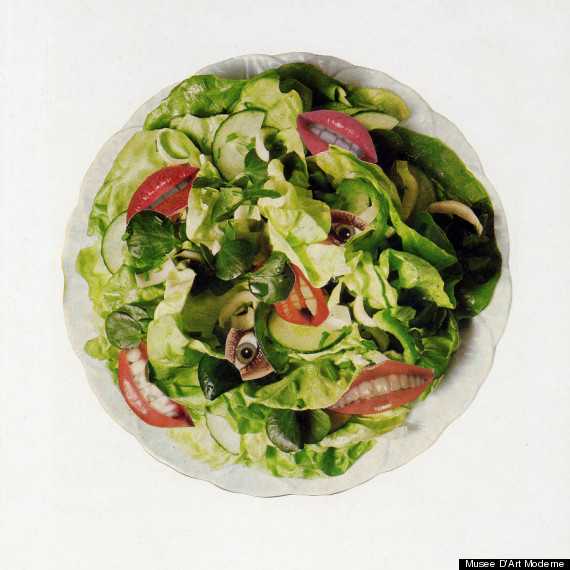 Aside from her iconic photocollages, the transgressive artist is also known for her influence in punk and post-punk music, maintaining a close relationship with Morrissey, founding the band Ludus, and designing the iconic cover of the Buzzcocks' iconic album, "Orgasm Addict." Linder also wove her own body into the fabric of her works, using bodybuilding and makeup to bring her appearance to the brink of where attraction meets repulsion.

Morrissey once said to Linder: "At every stage, your work—recordings, photography, montages, etc.—reads as screams." Her witty juxtapositions cut like a knife, revealing how small habits like choosing a salad to stay thin are instances of a truly warped culture.

Linder's "Femme/Objet" will run from February 1 until April 21, 2013 at the Musee D'Art Moderne. In the meantime, take a look at our preview of the images below, some of which are deliciously NSFW. 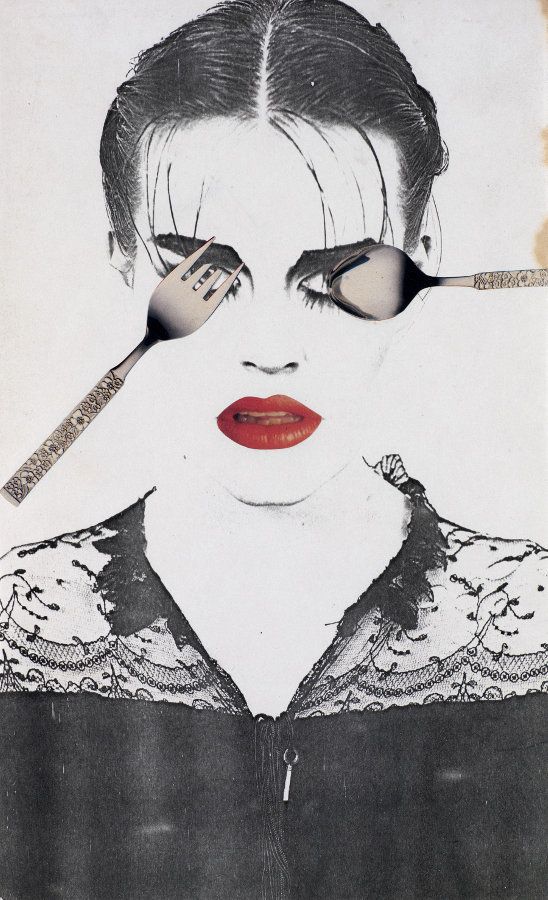