Lindsay Lohan will guest star on"Anger Management" with Charlie Sheen before heading to rehab and you can see what to expect below.

On the FX series, Lohan will play herself. According to reports, the actress -- who has become known as quite a handful on sets -- nailed her scenes on the series, one of which depicts her heading to bed with Sheen.

Though there are no photos of that, there are some of Lohan dressed up as what appears to be Sailor Moon and seemingly fighting with Sheen's character also named Charlie.

The episode airs on FX on April 11 at 9:30 p.m. ET. Here's how FX describes the episode:
"When Lindsay Lohan comes to Charlie for therapy, they begin a tumultuous relationship."

Take a look at photos of Lohan and Sheen on"Anger Management" below. 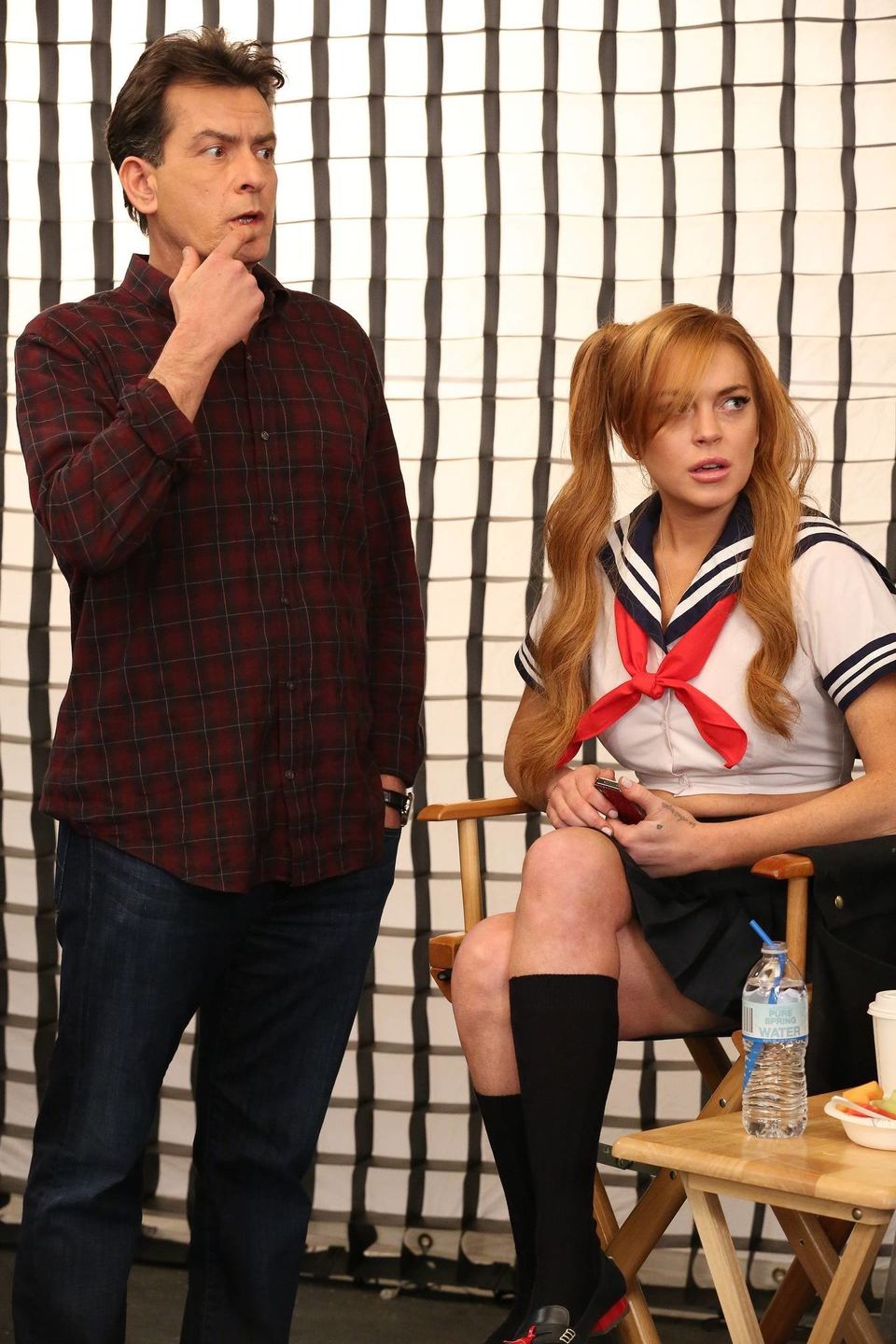