Lindsay Lohan has unleashed a string of angry tweets about how she was portrayed on the Bravo reality show 'Double Exposure.' The episode is called 'Is Lindsay Here Yet?' and features Lindsay showing up hours late to a photo shoot that happened last fall.

"this couldn't be more UNTRUE- Sucks when "friends" use you(in this case for ratings) even if they're lying #karma," she tweeted with the below picture: 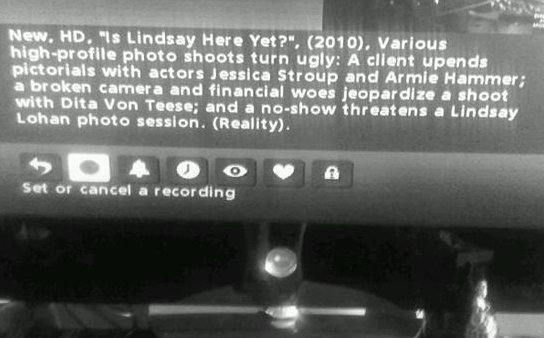 "As for BRAVO and their false representation of me on their new show; I was given the wrong call time-now I know on purpose...it was a set-up," Lindsay continued. "Unfortunate that I considered jorge on the show a friend to trust...oh- and I've never come close to anything other than posing in a photo..I don't appreciate being used for press, and I'm sure others would agree! Love to everyone"

Bravo sources tell TMZ that Lindsay was 11 hours late for the 10 am shoot and her excuse was that she overslept. John Genovese, an LA publicist, backs up this story.

"Lindsay says Bravo show purposely gave her the wrong call time. Yet forgets she was texting "On my way" for 11 hours 2 everyone!" he tweeted.