Lindsay Lohan is officially on lockdown in California, according to a report.

Lohan can't leave the grounds of the Betty Ford Center in Rancho Mirage, Calif., where she is currently serving a 90-day rehab sentence, reports People magazine. Patients at the rehab clinic typically earn privileges, like permission to go shopping or get coffee. But not LiLo. She will be reportedly confined to the clinic's 20-acre grounds.

"It is understood by the Betty Ford Center that your client is to remain on the premises for the duration of her 90-day stay in treatment," reads a letter addressed to Lohan's attorney Shawn Holley and filed with the Los Angeles Superior Court, according People. However, a source told the magazine that Betty Ford is "not a jail" and cannot hold a patient against his or her own will.

On Monday, an L.A. County Superior Court judge approved Lohan's stay at Betty Ford, the Los Angeles Times notes. Judge James Dabney said she must stay in the hospital wing since she is not allowed to walk out or leave with a pass.

Although Lohan might be on lockdown, she is still allowed to have Adderall, according to TMZ. Betty Ford will reportedly allow the 26-year-old to take Adderall due to her previous Attention Deficit Hyperactivity Disorder diagnosis. However, doctors at the center are reportedly reviewing her need for the drug.

The actress' mother, Dina Lohan, is happy her daughter is back in rehab.

"I am so relieved and thankful that Lindsay is getting the help she needs in a credible place," she told E! News. "She actually wanted to go, whether the court said to or not. She is happy there, to get introspective and get back on the right track."

"She has a different frame of mind this time," she added of Lindsay's sixth rehab stint. "She realizes and she knows she needs help this time. She was like, 'I'm sorry, Mommy.' And I tell her, 'Don't say you are sorry. You just have to work on yourself and on getting well. Don't beat yourself up.'" 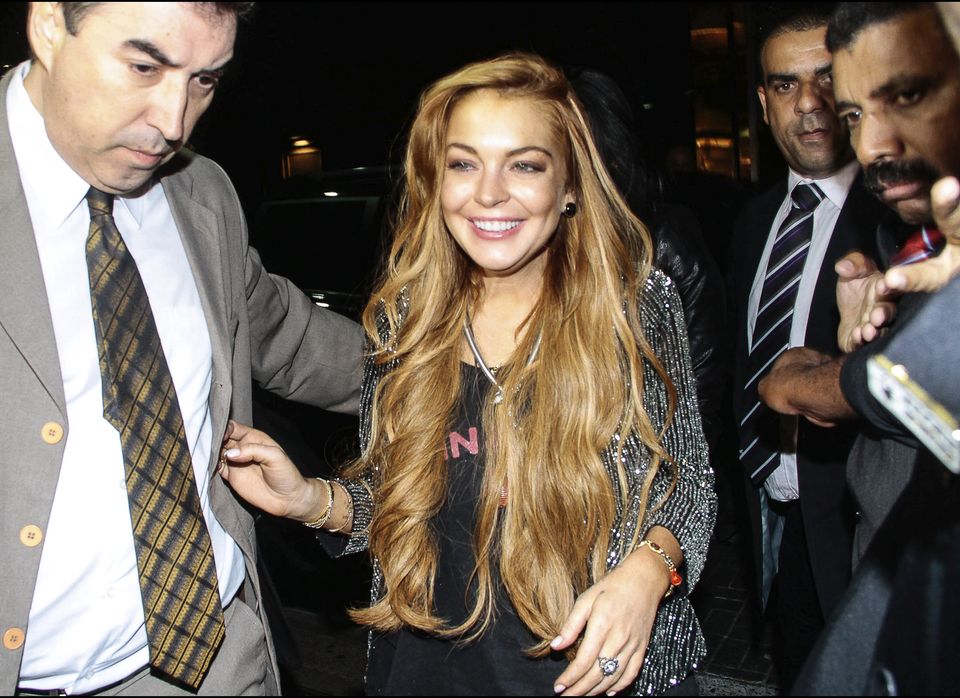 1 / 17
Lindsay Lohan
The troubled 26-year-old was sentenced to<a href="https://www.huffpost.com/entry/lindsay-lohan-plea-deal_n_2902620" target="_hplink"> 90 days of mandatory rehab </a>after pleading no contest to reckless driving and lying to police following a June 2012 car accident. The rehab visit, which starts May 2, 2013, will be Lohan's sixth time in a treatment facility.
Getty