**Scroll down for photo**

Lindsay Lohan is still fighting with Samantha Ronson after throwing a drink at her ex's head last weekend. She claims Sam threw her out of a party and talked to TMZ about her.

"I'm pretty sure that @samantharonson just threw a fit @33years old and my friend tal @draishollywood illegally open NOW at this hour," Lindsay tweeted early Thursday morning. "Asked me, after being here jus for Timbalands birthday-to leave even though she stayed over just 2nights ago-tired of @samantharonson"

She added, "Playing the innocent card, while chatting to tmz just like my ex-father, when all I've ever done is fall for a girl."

"Jack and crack will make for some crazy tweets," Sam responded. "One more thing- if you're gonna be an idiot an do coke- do it outside the bathroom- some of us actually use them to pee in."

Last weekend Lindsay and her sister Ali made a paid appearance at Millions of Milkshakes. Lindsay seems to be getting even harder up for cash, as Thursday she posted an advertisement on her Twitter page:

A bit earlier Lindsay tweeted this photo from a shoot with photographer Tyler Shields. 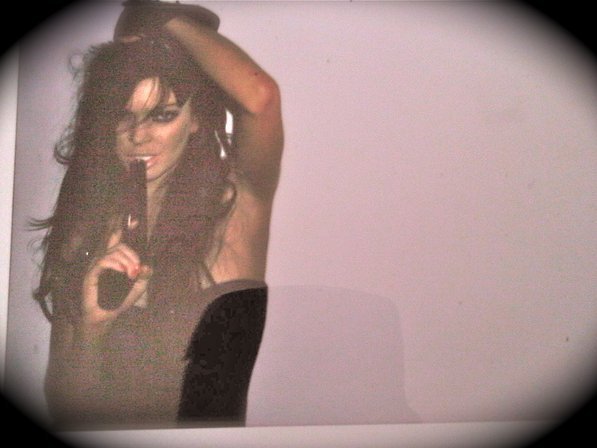