It's one of the most anticipated events of the year for Hollywood's elite -- and no, we're not talking about the Oscars. The annual White House Correspondents' dinner this coming Saturday plays like a who's-who list for people who enjoy parties, partisan or otherwise. This year, Jimmy Kimmel is hosting Washington D.C.'s glitziest event, which will have movie stars, TV stars and music stars coming out in dizzying numbers.

Below, a rundown of the A-list celebrities invited to wine and dine with the Obamas, listed by media outlet. And for a comprehensive list of expected attendees, click over to Politico.

CNN's Piers Morgan: Goldie Hawn (huh? What does Kurt Russell have to say about that?)

Fox: Kim Kardashian (trying her hand at politicking a la her mayor of Glendale news?) and mom Kris Jenner

Time: Steven Spielberg and wife, actress Kate Capshaw; George Clooney (despite getting arrested for protesting with father Nick Clooney at the Embassy of Sudan) and girlfriend Stacy Keibler 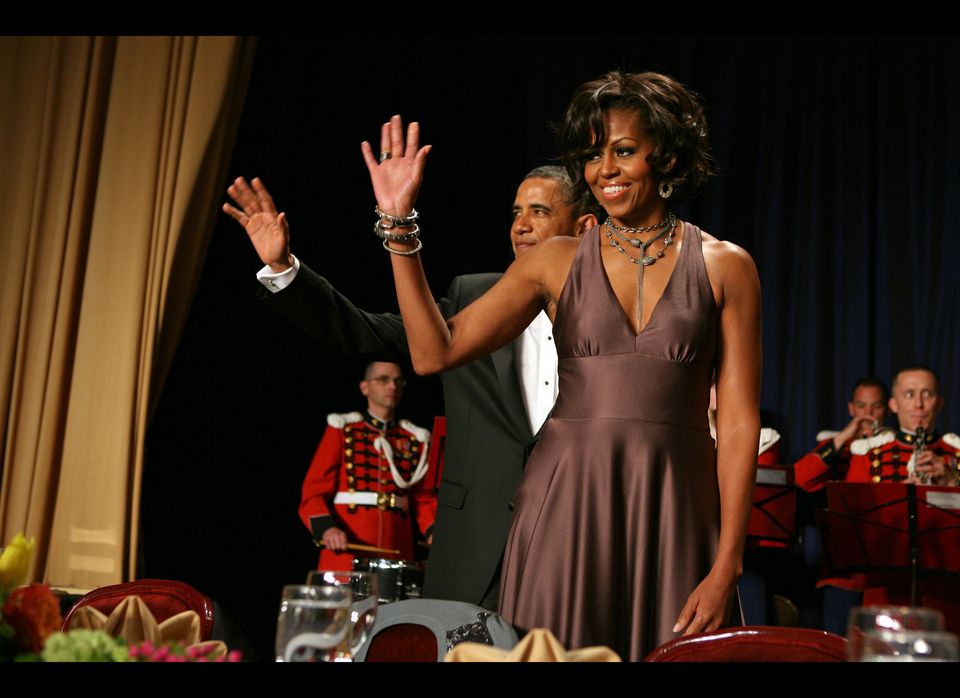