Does a distaste for long hemlines run in the family?

Lindsay Lohan and her model-moonlighting sister Ali, 18, were snapped leaving Joan's on Third in Los Angeles and they were totally twinsies in their all-white ensembles.

Though it appears the Lohan sisters shucked their bottoms, you can see in this shot that Ali is wearing khaki short-shorts, and we suspect that Lindsay is hiding a pair of denim cutoffs under there somewhere.

But still, ladies: even bringing back the flowered capris could do you wonders.

Check out the Lohans' no pants dance below, and click here to see more photos of Ali and Lindsay on X17Online.com.

CORRECTION: A previous version of this post incorrectly stated that Joan's on Third is located in New York. 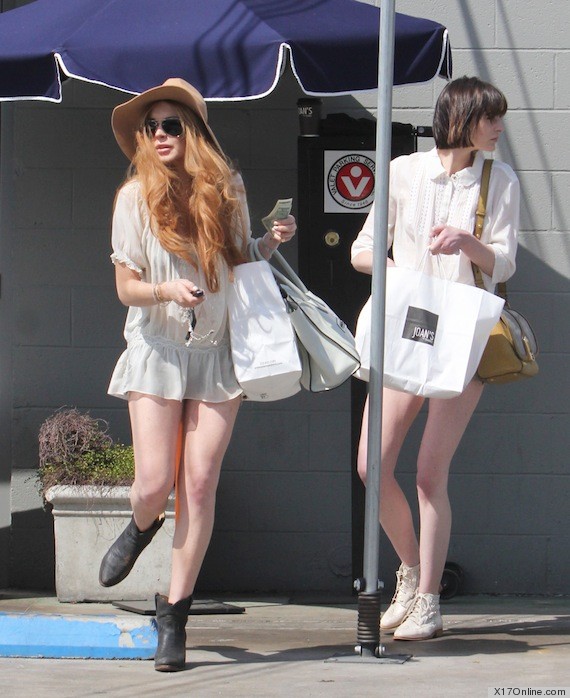