COLUMBIA, S.C. (AP) — U.S. Sen. Lindsey Graham's remark at a private, all-male dinner about mainly helping white men if he became president was a joke taken out of context, his campaign said Thursday.

But Graham's opponent, Democratic state Sen. Brad Hutto, said the comment shows he is a typical Republican who isn't concerned about the middle class, poor, minorities or women.

About 20 seconds of clips of Graham's speech were provided to The Associated Press, and Graham's campaign confirmed it was him speaking. CNN first reported the remarks Wednesday, less than a week before the election to decide whether Graham gets a third term in the Senate. He has outspent Hutto by a wide margin and is a big favorite to win in conservative South Carolina.

After using profanity to say the government is messed up, Graham tells the group: "If I get to be president, white men who are in male-only clubs are going to do great in my presidency."

Graham made the remarks as part of a 10-minute speech at the Hibernian Society of Charleston at a charity event where politicians are invited to give private speeches that are serious, but also include jokes told at their expense or to poke fun at the group. Graham's campaign said his intention with the joke was to needle the historically Irish Catholic group. A recording of his entire speech to the group has not surfaced.

"Senator Graham is confident the people of South Carolina will judge him based on his record of accomplishment and will also put in its proper perspective these jokes, which were taken out of context and delivered in a private, roast-type dinner before a well-respected charity in Charleston," Graham's campaign spokesman Tate Zeigler said in a statement.

His opponent said Graham showed his true self at the event. He pointed out Graham has voted or spoke out against bills aimed at establishing equal pay for women and raising the minimum wage and the Violence Against Women Act.

"When behind the closed doors of a private club, Lindsey Graham let his true colors show. He is only interested in his own ambitions and the best interests of the wealthy donors he hopes will fund his possible presidential campaign," Hutto said in a statement.

Graham has upset some people in his own party in recent years by saying Republicans must diversify and can't be the party of angry, white men if they want to remain relevant in American politics.

In the other clip from the Charleston meeting, Graham makes jokes about religion.

"Do we have any Presbyterians here?" Graham said, as laughter from the group drowns out the punchline. "Do we have any Baptists? They're the ones who drink and don't admit it. Methodists? Baptists who can't read."

Jokes are a staple of Graham's public remarks, and he frequently jokes about religion in his public speeches. He often points out that Americans settle their religious differences on the church softball field, while religious differences are sometimes settled through terror and war in the Middle East. After that, he segues into calling for a strong military to fight those threats.

Earlier this week, Graham told business leaders he thinks immigration reform has to be tied to changing Social Security and Medicaid because the nation needs more workers to support its aging population.

"Where do you get the workforce if 80 million Baby Boomers are going to retire unless you start having four kids after you are 67 like Strom (Thurmond)?" Graham asked, pausing before the punchline. "Any volunteers?"

Lindsey Graham: Remark About Helping White Men Was A Joke
Presidents & Their Dogs 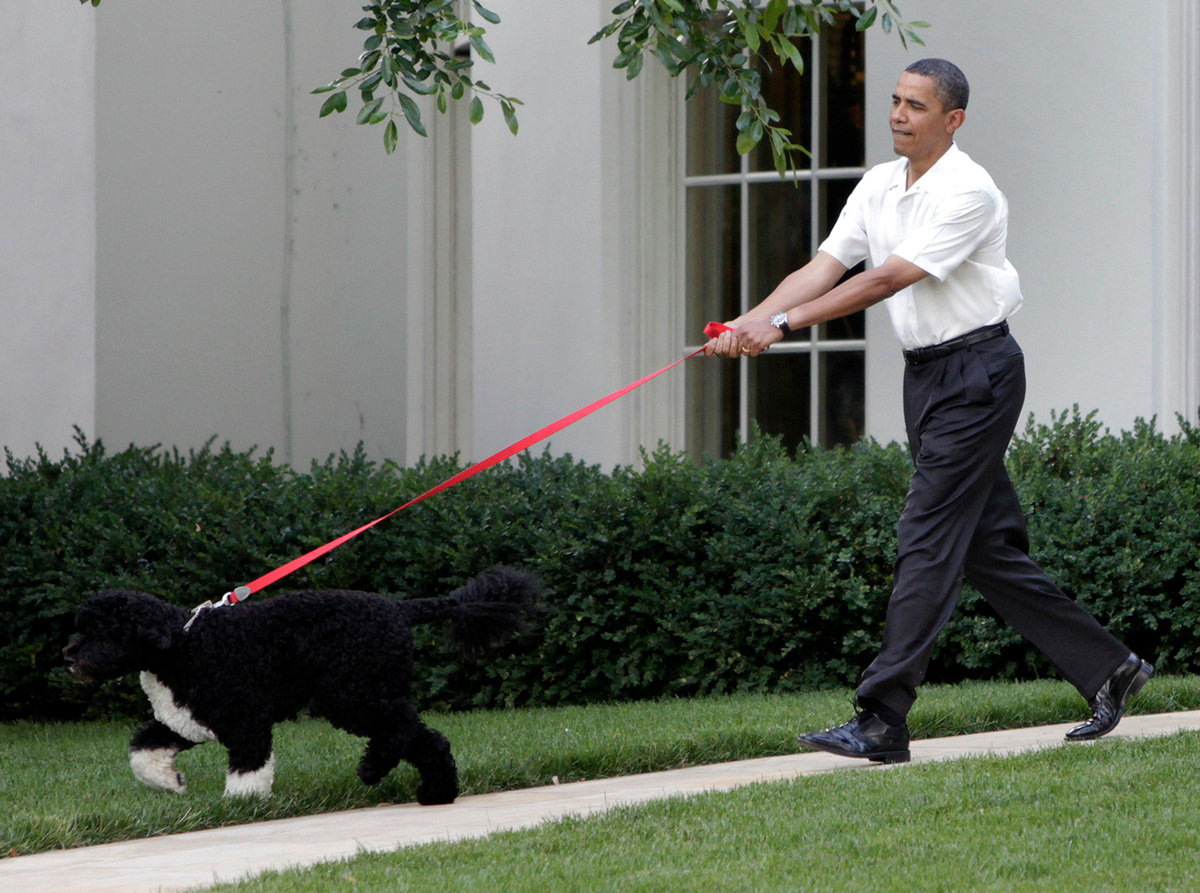