When Olympian Lindsey Vonn realized it was Valentine’s Day, she didn’t want to be left out in the cold.

So the single skier, whose much-publicized relationship with golfer Tiger Woods ended in 2015, took to Twitter in an attempt to crowd source romance from Pyeongchang, South Korea.

So apparently it’s Valentine’s Day....I forgot all about it because I’m at the #Olympics and I’m single. Anyone else out there single and want to be my valentine? 🤷🏼‍♀️ #worthashot

Of course, when it rains it pours and Vonn quickly attracted the attention of many men who agreed with her hashtag #worthashot.

Honestly, some of her potential beaus apparently decided she preferred cheese over chocolate and flowers.

I'd be honored to Vonn-lunteer 😘

L-oves America
I-s going to win gold
N-eeds to be my Valentine
D-oes magical things on skis
S-now and stuff
E-veryone is cheering for you
Y-ou think this will work?#HappyValentinesDay

Others tried the direct approach.

One guy shamelessly turned his niece into a very cute wing woman.

Shooters gonna shoot. My niece and I think I would be a great valentine. pic.twitter.com/NKGvw2Sluy

Some used the magic of GIFs to show they were serious.

I take the next plane to Korea 😰🤗👍🏼😎😍 pic.twitter.com/I4NMsMSJ4y

I’m single. Can I be your valentine? pic.twitter.com/pXIoSQVEYY

One man from Paris thought he was a natural fit for Vonn because of his name.

Hello Lindsey, so apparently you're single. I'm a great fan of you. Well me too i'm 36 y.o and my real name is Valentin by the way. I'm from Paris area France. So i take a chance cause i would love to be your Valentine or to meet you at least. We never know xoxoxo Valentin.

Others tried to appeal to her heart in other ways.

@lindseyvonn for Valentine's Day, i pledged a donation to the Lindsey Vonn Foundation podium @LV_Foundation! i'll be watching your races and no matter how you finish, gold silver bronze...you have made the USA and especially your g'pa proud! #VonnStrong #PyeongChang2018

One guy let Vonn know he had options just in case she said no.

man the responses are going to be plentiful on this tweet. But yes I will. If you say no my dog is my back up valentines. pic.twitter.com/UAVSEILmYX

Another admitted his chances were slim, but was OK with that.

”Friendzoned by @lindseyvonn” is going to look perfect in my resume.

In the end, there was one guy who seemed to actually have a chance.

God let it be me... 🙏 I’ve got feet on the ground in Pyeongchang to hand deliver your valentine in the form of kinesiotape and PRP to heal your ailments ❤️ just say the word

That is pretty enticing!! https://t.co/XuiS5FrbYa 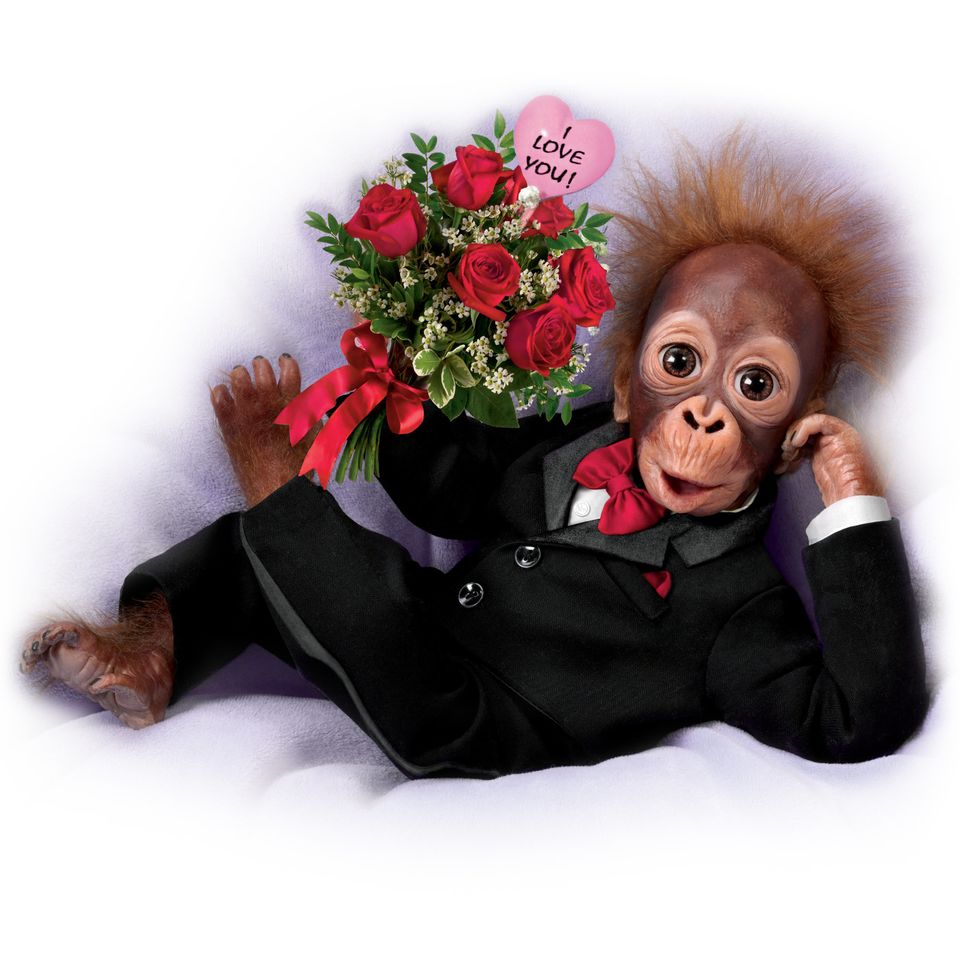 1 / 22
Orangutan Love Doll
Like it or not, Valentine's Day is often a litmus test -- for both the giver and recipient. If a gift is too cliche, it's a deal breaker. If it's too weird, well, that scares some people off.<br><br>So this creepy little <a href="https://www.ashtondrake.com/products/302145001_orangutan-doll-in-a-tuxedo.html" target="_blank">orangutan&nbsp;love doll </a>is the perfect way to see if you and your Valentine are in sync. If they like it: Cool. If they like it too much? Deal breaker!
AshtonDrake.com