Society has crossed the line when it comes to the pressures placed on women to attain an unattainable level of physical "perfection." California-based photographer Terrance Smalls draws that line very clearly in his new photo collection, "Line Series."

"We live in a society where women are constantly being stripped down and evaluated, without physically being stripped down," Smalls wrote on his website. "Well, what does it look like when we actually strip women down and evaluate their physical 'shortcomings?' How insane does it look? How uncomfortable does it make us feel? The purpose of this series was to find out."

The models in his series -- blogger Sarah Coffman, Tiffany Micheal, Rose Lee and Ashley A -- pose in their underwear with lines resembling plastic surgery marks drawn on their bodies. It's definitely attention-grabbing, with the series landing on Reddit and covered by Cosmopolitan last month.

Smalls told The Huffington Post that Coffman approached him to do the shoot after she moved from Vermont to Southern California and saw first-hand the change in societal views of beauty simply crossing the country. 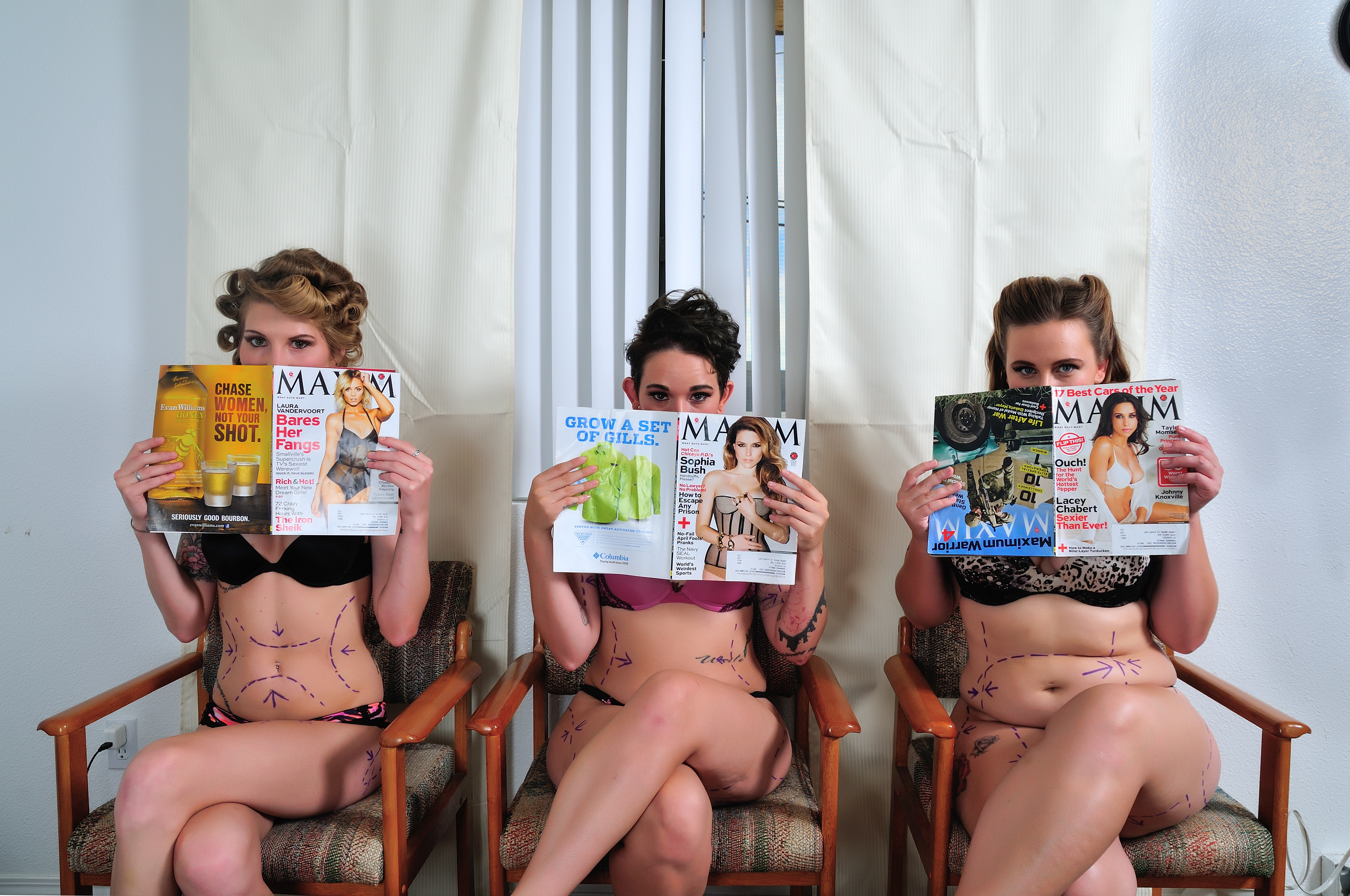 "I think sometimes the media gets too much blame, but there's a definite problem," Smalls said in an email to HuffPost. "One could even argue that the 'media' is simply following society. Or is it the other way around? That's a little of what we're asking here. In a few of the photos you can see that the women are actually pointing out each other's 'shortcomings.' That may be a bigger problem than the media. There's a trend, it's been a trend for decades, to cram women into a certain ideal that for most people is simply unattainable. That's not fair to young girls."

As a photographer, Smalls acknowledges that he can also contribute negatively to how women are portrayed in imagery.

"I definitely understand that as a photographer I can also be part of the problem ... There's also a difference between celebrating someone's beauty and saying 'This is the standard for beauty and anything outside of this rubric isn't appealing.' I think it's important to stress to young girls that it's OK if they don't grow to be 5'11" and 115 [pounds], but if they do, that's great, too. We should be stressing to young girls, and boys, that as long as you're healthy and happy the outer shell is secondary."

Coffman spoke to Buzzfeed about the project, saying: “As women we try to fit inside of ‘young enough,’ ‘thin enough,’ ‘pretty enough,’ ‘nice enough,’ ‘tough enough,’ ‘able enough,’ without ever becoming ‘too much.' ... If you want to be socially acceptable you need to keep yourself inside the lines.”