Resin, the showcase of Lines Ballet's fall season, exemplifies what makes the company a treasure for San Francisco and the world of dance. Set to the music of the Sephardic tradition (songs of the Jewish diaspora into Yemen, Spain, Morocco, and Turkey), Resin makes one wonder why more choreographers have not used this music; its complex syncopations meet their match in the sharp rigorous movements of the ballet-trained body, its sinuous vocalwork, in spines made lithe through years of port de bras. 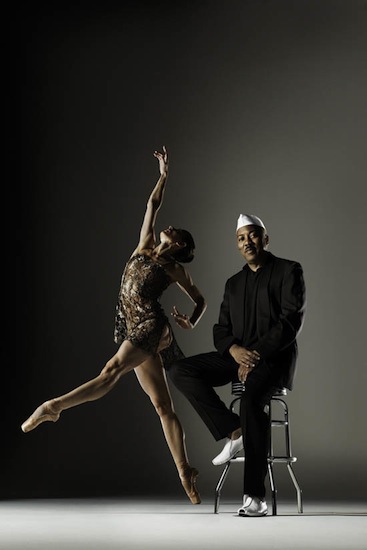 
One of the unusual characteristics of Alonzo King's choreography, shown off to great effect here, is that he doesn't stick with very defined gender roles in his pas de deux. The traditional model, in which the man's main purpose seems to be to support and present the woman, only to come into his own during his showboating solos, does make sense. The ballerina has all the eye-catching accoutrements -- the strange marvel of pointework, the focal target of the tutu. It is hard for a man, however virtuosic, to complete visually with her, and so naturally partner dancing evolved to be a showcase for the female. But King tweaks this formula. In Resin, many of the dancers of both sexes wear minimal costumes, even going tights-less, revealing the musculature of their legs that sometimes resemble long cables of the substance of the work's namesake. The women wear soft shoes. It isn't always obvious who is supporting whom; the women grapple with their partners' bodies in ways we are used to the men doing with women -- and the grappling isn't obscured by all the prettifying tricks of classical ballet, part of whose magic is in the illusion of ease. This is dance as contact sport and some moments look more like wrestling, the body's weight and tactility emphasized rather than concealed. She supports his sacrum as he arches backwards, or foists his leg over her head as he turns. If you could take snapshots at different moments within a single piece, there would probably be an equal number of him as the "star" of the image as there are of her. King also devises single-sex pas de deux, further dismantling the gender clichés associated with the courtly dance. This allows the men to show the gracefulness and the women the athleticism that their respective roles in the classic pas de deux do not always highlight. It isn't a secret to anyone who knows ballet that ballerinas are formidably strong, but you don't always see it exhibited as clearly as when one uses her strength to support another. 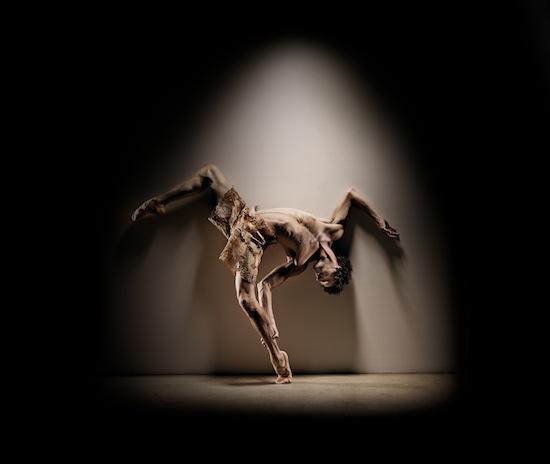 
In between movements men and women alike walk on or off stage in their "street" gaits. Artists who, in the midst of their dance, can seem like otherwordly creatures, appear for a moment like simply better-sculpted versions of us. For people used to the presentational toe-first formality of classical ballet, the thick imaginary wall between audience and performer is suspended in that moment we see the dancers' dangling arms, relaxed feet, and slouching shoulders. Then, the legs tauten, the balance shifts into the balls of the feet, the torso seems to lengthen, and suddenly someone has a leg against her ear. In an almost imperceptible transition, the dancer who for a moment seemed human, once again resumes the gorgeous illusion that she is not.

It's powerful theatre, and we are lucky and proud it has called San Francisco home for nearly thirty years. Lines will be taking Resin on the road to LA, Seattle, multiple cities in Switzerland, France, and Canada before returning to the Bay for its spring season."