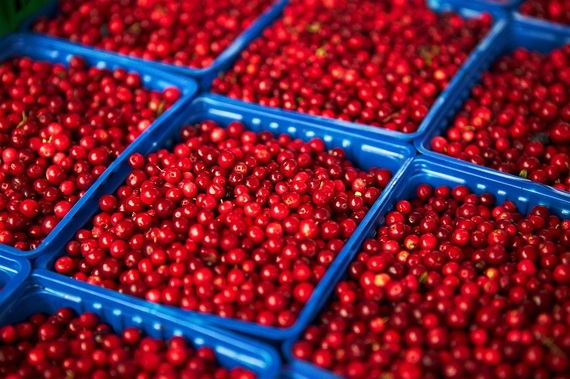 Finland is the new black.

Or so it would seem, from the many accolades increasingly heaped upon it by education experts, who tout Finland's treatment of teachers and education as a model of instructional progress. If only our schools were more like Finland's, they say, our children would be more competitive with other industrialized countries. But is America really in as bad shape as we think?

There is indeed much to admire about Finland's education system. Former New York City schools chancellor Joel Klein observes in a recent Wall Street Journal editorial that 93 percent of Finns graduate high school and two thirds go on to college. Contrast that with New York City's own 61 percent rate, and it's easy to see why Klein and others long for a magic elixir of lingonberry juice that will improve our own standings.

Similarly admirable is Finland's treatment of teachers, who are highly valued as respected professionals on par with doctors or lawyers. Finland's teaching profession is rigorous; teachers must hold a master's degree before even applying for a job and must complete 2 hours every week of professional development, throughout their careers. Teaching is also extremely competitive; although Finland has the same number of teachers as NYC for about half the number of students, only 10 percent of those applying for a teaching position get accepted. That's about on par with the rate of Ivy League college acceptance this year at 9 percent. Teaching in Finland is a profession geared toward survival of the fittest.

Less Testing; More Recess
There's even more to admire within the Finnish classrooms. Finnish students only sit for one mandatory, statewide test at the end of high school, and are given minimal homework. Elementary school students enjoy 15 minutes of outdoor playtime between every lesson, averaging about 75 minutes of daily recess vs our 27 minutes. In middle school, science classes are capped at 16 students to allow enough time for labs.

Perhaps most striking, Finnish teachers design their own curricula. They are guided, not mandated, by a national curriculum that is so clear and concise, the math section only takes up 10 pages. Teachers often create individualized lesson plans and invest heavily in helping along the underachievers. All this concentration has resulted in Finland consistently being among the leading countries in PISA results -- the Programme for International Student Assessment that rates students worldwide on math, reading, and English.

But You Can't Compare Apples to Lingonberries 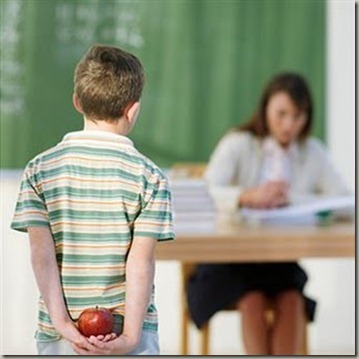 In light of these accomplishments, it's tempting to jump on the Finnish bandwagon, but comparing our American system of almost 50 million students K-12 students to Finland's 600,000 is like comparing apples to lingonberries. Finland has a tiny population of about 5.5 million -- roughly that of just two New York City boroughs combined. However, unlike Queens and Brooklyn, which include hundreds of diverse, non-English languages spoken at home, Finland is notoriously homogenous, with less than 4 percent foreign-born citizens, most of whom are from neighboring, culturally similar countries.

Even accounting for the aberration of New York's extreme diversity, America as a whole in 2011 had to educate more than 4.4 million ESL students, or over 9 percent of its student population. Those kinds of language and cultural barriers cannot be whisked away simply by better funding, better teaching methods, or both.

Our 81 percent Rate is Mostly Academic
Let's take another look at that impressive 93 percent high school graduation rate of Finland. It turns out that 40 percent of those graduates come from vocational or non-academic-focused schools, which is common among EU countries and much less so in the U.S.

Vocational education is something we used to encourage and subsidize in the U.S, until the pressure to get everyone an academic college education, regardless of ability or desire, almost eradicated that successful career track. Boston, for example, now has just one vocational high school for its more than 17,000 high school students. New York City's 22 vocational schools serve only 10 percent of its student population, and none of the vocational schools have state approval for all their programs.

Given that only 53 percent of Finland's grads are from traditional high schools, our national 81 percent (and climbing) rate suddenly doesn't look so bad.

For all the self-appointed scorn heaped upon our American education system, from criticism of Common Core to laments of low numbers of STEM learners, are we really doing so badly? Our accomplishments in medicine, engineering, technology, and manufacturing are unsurpassed among industrialized nations. We attract and enroll the highest number of international students in our world-renown universities, most of whom come from the very countries touted as models of educational systems superior to our own. Our contributions to film, music, fashion and the arts are credits to our culture of freedom of expression and innovation. Is this America really the picture of a failed education system? Or is it one that, despite its many challenges, continues to achieve greatness in an increasingly global economy and multi-national culture?

The ultimate test of any education, academic or otherwise, is the success it creates. We can admire the strides and innovations made by other countries, but that's not enough reason to emulate them. And while individual success is measured by more than just economic output or employment statistics, America's success has a rock-solid foundation that can't be calculated by education test results. Of course we have a lot to improve upon, but in seeking those advancements, let's not forget to take pride in what got us here in the first place.