Folks lined up in the middle of the night last week, outside an animal shelter in Northern Virginia.

They weren't there to meet a celebrity or to acquire the latest fancy gadget. These people were hoping to get their hands on some unbelievably cute 2-month-old pit bull puppies, who were becoming available for adoption.

"The line really started forming at 4 a.m. One of our animal control officers was just arriving to the shelter to start her shift then, and she sent us all an email that was half disbelief and half amazement," says Amanda Novotny, foster and rescue coordinator for the Fairfax County Animal Shelter -- which normally opens at noon. 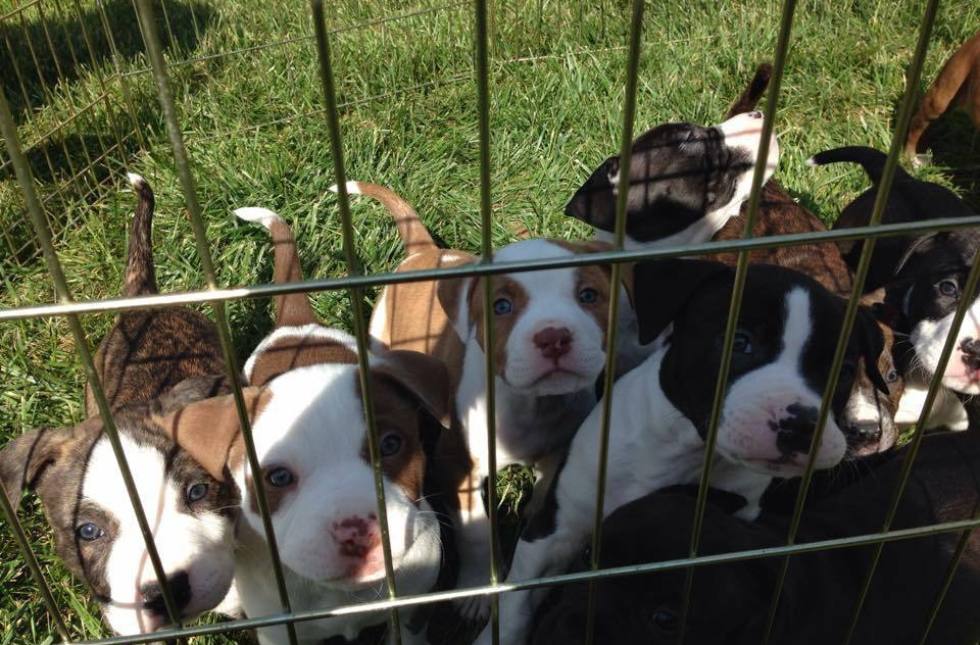 It could have gone very differently for this crew.

Their mom, Khaleesi, had been in a nearby shelter for about a month. She was so heavily pregnant, that shelter's staff reached out to Fairfax to see if they could take her in, and help find a foster home for the momma dog and her impending brood.

Delal Salah was interested in fostering cats, but agreed to have Khaleesi for a couple of weeks -- thinking that the doggie would be elsewhere by the time her puppies arrived.

On the day that Khaleesi was due to switch foster homes, though, she went into labor and couldn't be moved.

"And that is how I got nine puppies," says Salah, who quickly became besotted with the litter. "So smart, so beautiful, such individual personalities."

Mama Khaleesi and her puppies are doing great! There are nine pups and all are healthy and thriving. Eight more weeks until adoption time!

Salah wasn't anywhere close to alone in her affections.

Fairfax shared photos of the pups online, spurring the kind of excitement usually reserved for boy bands.The roster of Internet fans became even more enamored, after meeting these fetching animals when they debuted in the flesh at a shelter fundraiser.

"We have been receiving Facebook messages and emails about these guys really since week one. People were excited," says Novotny -- who was still quite surprised at just how excited people turned out to be.

When the first five of the pups went up for adoption last Wednesday, families showed up at a comparatively reasonable 9 a.m.

But many hopeful adopters missed out on that batch. They weren't going to miss out on the next of the pups, who would be on the floor the next day.

"I think people who came later in the day on Wednesday were surprised they were already gone, so they upped their game on Thursday," says Novotny.

Posted by Fairfax County Animal Shelter on Saturday, May 9, 2015

Nora Murtha and her husband, James, were first at the shelter on Thursday morning, with their hearts set on a stupendously cute brindle pup named Bran, whom they'd first spotted online, and then fell utterly head over heels for at the fundraiser.

"We only had eyes for him, both for his looks and sweet personality," says Murtha. "We wanted to get there at a time we knew no one else would be crazy enough to arrive at so we were guaranteed our love."

The others started trickling in about a half hour later. There was some camaraderie, some worry about not making the cut. Someone brought in a pizza for the hopefuls.

By 1 p.m., an hour after the shelter opened its doors, the puppies were all spoken for -- with so much leftover demand, that Fairfax then began to advertise other D.C.-area shelters' dogs.

The Murthas did get Bran. His name is Silas now, and he's been getting along famously with the family's 13-year-old lookalike doggie named Seamus.

"They love to snuggle up and take naps together," says Murtha. 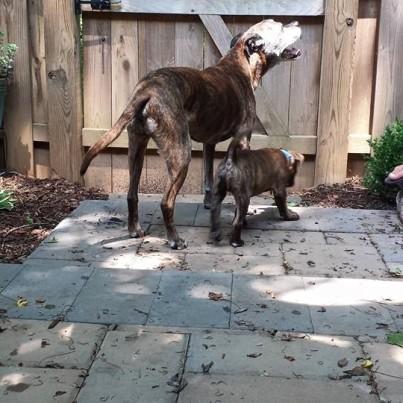 Novotny chalks up the 4 a.m. line to a number of factors. Obviously, there's the puppies' inherent charm and cuteness. She also thinks that people felt like they'd gotten to know the puppies really well and felt a connection to them via the Facebook posts.

Perhaps the fact that the pups were always described as "mixed-breed puppies" instead of as pit bulls -- which generally refers to a look of dog, rather than an actual breed -- played a role.

"The shelter didn’t know what breed the dogs were, and not labeling them as anything took the focus off what breed they might be, and asked people to instead look at the puppies in front of them and read about each individual one and their individual personalities," Novotny says.

Salah's excellent fostering -- making sure the puppies were well-socialized, and getting out in the community -- also helped a lot.

In any case, Fairfax will see if lightning strikes twice in a few weeks, when this new group of darlings will be ready for permanent homes. 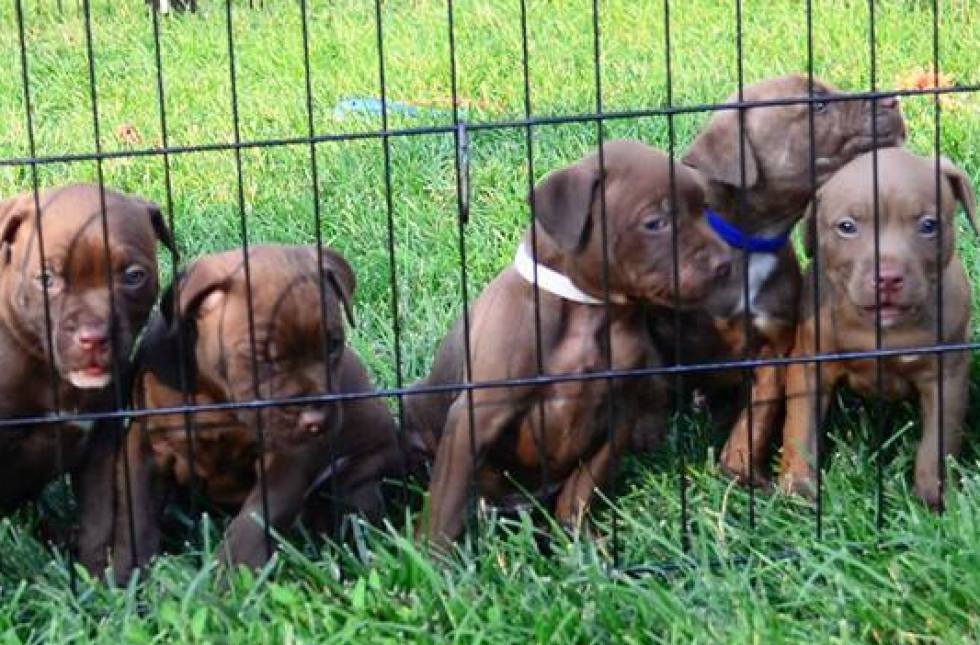 Khaleesi, meantime, has found her home, too. No one needed to line up for her. She's staying put where she is, with Salah, who says that both she and Khaleesi are settling into their post-puppy existence.

"As a cat person I never thought I'd have a dog. Her soul is so pure and sweet," Salah says -- adding that, yes, she is open to fostering again.

Next time -- really, seriously, though -- she'd like to take in some cats.

This post has been updated to include additional quotes from Fairfax County Animal Shelter.

Your local shelters and rescue groups are also looking for fosters. Reach out to them for info about how to get started -- and then get in touch at arin.greenwood@huffingtonpost,com if you have an animal story to share!