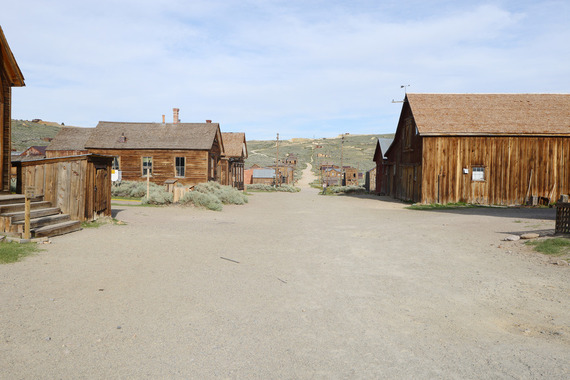 The LinkedIn groups are the communal backbone of the site. Designed with engagement in mind, these interactive forums seek to bring like-minded individuals together to expand their networks and their horizons. However, after a massive overhaul of the LinkedIn group platform in Q4 2015, engagement in the groups is way, way down. The sense of abandonment is palpable. Listen carefully and you can hear crickets chirping along with the gentle wisp of a tumbleweed rolling across a desolate digital plain.

On LinkedIn, the groups constitute a vast interactive space where members go to grow their networks, crowdsource new ideas, and express a point of view. Some communities are more vibrant and better managed than others. Yet as the site has evolved, the LinkedIn groups seem to have lost their luster, almost as if they have been forgotten. Many have dried up altogether, taking on the feel of a ghost town.

Whereas the LinkedIn groups remain an important piece of social networking strategy, the activities that support them are on the wane. Since October 14, 2015, when LinkedIn initiated a massive overhaul of its group interface, I have noted a significant drop-off in group activity, both within my own groups and in those of many of my LinkedIn connections. Insightful contributions to group discussions, which are traditionally recorded on the home page, are few and far between. The interest is simply not there.

A large piece of this avoidance behavior can be attributed to the demands imposed on users by LinkedIn itself. The site has become increasingly complex, forcing many to relearn basic practices and continually integrate new site features and functions. As the size of user's networks increase, there is increasingly more information to process, and the groups can easily slip through the cracks of conscious awareness.

The growth of LinkedIn groups--in numbers and in scope--has been nothing short of phenomenal. As this post goes to press, there are in excess of 2 million groups. As an early adopter of LinkedIn, I still view the groups as viable channels through which one can increase connectivity, demonstrate thought leadership, and conduct valuable market research. However, it is difficult to achieve those objectives without the feedback of others.

Throughout the years, I have spent considerable time exploring the LinkedIn groups. I have rotated in and out of dozens of them, even managed a few. My inclination to initiate and participate in group discussions has always been strong. The liveliest exchanges, some of which went on for months, often gave fresh impetus to my blogging and brought scores of insightful professionals into my network. Yet today, as I scroll down the group discussion boards, I notice little if any play on the postings.

There seems to be a pervasive notion that, despite the best efforts by group owners and managers, the forum has devolved into a bottomless pit of shameless self-promotion. Nowadays, the majority of submissions that make it to the discussion boards consist of nothing more than a URL to that person's blog post, latest media mention, lead capture page, or webinar registration site. People got turned off and left.

[To gauge the downward spiral of group activity, I casually surveyed the 65 LinkedIn groups to which I belong. I have retained membership in most of these groups for years. The preponderance of posts was self-directed; seldom did I come across an actual question that was intended to spark a discussion. Few if any submissions garnered at least one "like" from other group members; almost none elicited more than one "like" or a comment.]

The Progressive Withdrawal from LinkedIn Groups

In January 2013, LinkedIn imposed internal controls on group posts and implemented what came to be called by users as the SWAM (Site-Wide Automatic Moderation) policy. As hinted by the acronym, any LinkedIn group member who contributes content that is flagged or marked for moderation in one group will be subject to the same treatment in all other LinkedIn groups to which they belong. This move was met with disapproval from group members and moderators alike.

Eleven months later, with an eye toward increasing engagement in the groups, LinkedIn implemented a Top Contributor designation. This status was bestowed upon those members whose discussions elicited a high number of respondents and generated greater shelf lives. This was inherently a good strategy that incentivized participation while also measuring the collective value of an individual's contribution to the group. Top Contributors were given special mention on the group page, which enabled them to raise their profiles within the community.

However, with the proliferation of SWAM practices came a decline in LinkedIn group activity. Although seen as a means of purifying the group experience, the blocking or deleting of a member's content represented a level of restriction that was, by definition, censorship. If users knew that their submission in one group could be flagged for moderation, resulting in moderation of future submissions across all groups of which they were a member, they figured 'why bother?'

A Case Study of a Successful LinkedIn Group

The Great LinkedIn Group Makeover of 2015 threw a wrench at the process by which many owners grew their memberships. Bringing people into groups has become a tougher sell, forcing a greater organic effort on the part of those who operate them. People become aware of groups less from traditional LinkedIn searches and more through the recruiting efforts of owners, managers, and evangelists.

One group that has seemingly withstood the changes--in fact, is thriving on them--is Step Into The Spotlight. The group is run by Tsufit, a seasoned marketing strategist and professional speaker who engages her constituents on LinkedIn daily. She offers thought-provoking questions and comments that are designed to help members artfully and appropriately promote themselves. Since joining this group, I have marveled at the ways in which she keeps her community involved.

According to Tsufit, who regularly nurtures her network through off-LinkedIn conversation, the whole point of a LinkedIn group is engagement. "The groups provide a vehicle through which people can stand out and get known as experts in the marketplace. This helps them make key connections and grow their businesses." She adds that once a connection is made, you cannot rely exclusively on LinkedIn to develop the relationship. It must move offline.

Tsufit actually serves in the role of a recruiter for her group, identifying good candidates through LinkedIn Pulse and other online media. "I seek out influencers, thought leaders, heads of organizations, speakers, and authors who are community-focused. Once in, they are not to do the old teach-and-preach. Instead, I encourage them to pose questions that will evoke a response." 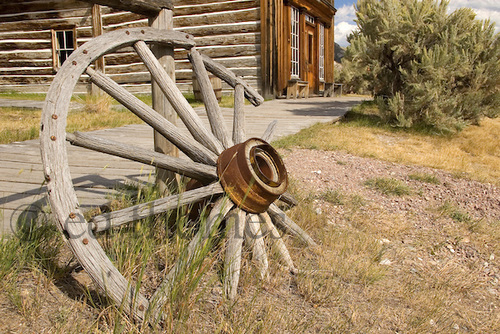 What Will Revive the LinkedIn Groups?

Despite the mass exodus, the LinkedIn groups are by no means a barren wasteland. Whereas LinkedIn has preserved the infrastructure of the groups, heightened the aesthetics of the platform, and curated the content for easy access, at least for now, the ghost-town metaphor is unfortunately apropos. The appeal of the group platform has clearly diminished, and revitalization is going to be an unquestionably challenging proposition.

The first step in bringing people back to the groups is to let them know that their voices are important. The route to an enriching group experience begins with each member contributing some measure of value. Enhancing one's presence on LinkedIn is not tied to overt promotion or status-seeking behaviors; rather, by supporting others. and feeling part of a community that places a premium on quality intellectual exchange.

A reconsideration of the SWAM mandate, too, is in order. LinkedIn group owners would be well-served to take a page or two out of Tsufit's playbook, and selectively moderate contributions after they have been posted. Any post stricken from the record necessitating future moderation would be confined to that group alone. This will drive meaningful interactions between group members who sincerely want to get to know each other and nurture the relationship off-LinkedIn.

LinkedIn group digests, the typically-ignored email recaps of daily or weekly activities, which were discontinued at the start of the changes, need to be reinstated. Inbox clutter notwithstanding, people need to know what is going on in their groups if they are to participate on a meaningful level. Enticing members to weigh in on discussions in a manner that truly drives conversation will create more enriching group experiences.

♦ People join LinkedIn for various reasons, primarily to cultivate meaningful professional relationships, learn more about the people and companies they serve, and position themselves for economic opportunities. The groups are still excellent sources of quality first-degree LinkedIn connections and offer outlets for constructive social listening. In the war for top talent, the groups also provide an ample grid for recruiters and job candidates looking to find one another.

♦ LinkedIn continues to recognize group activity as an important visibility strategy, a means of driving one's footprint deep and wide on the site. There is a strong upside to group participation, one that LinkedIn is going to need to effectively communicate to its user base from here on out.

♦ It is disconcerting that so many LinkedIn users have dissociated from the groups.
I believe that this displacement is temporary, and that LinkedIn groups can still provide an important outlet for users to build a presence on the site and achieve a wide range of social networking objectives. But it is going to take time.