Professional networking site LinkedIn has kicked up a controversy after it took down ads from a small company that featured photos of female web developers.

It all started in late July, when Breanden Beneschott, the chief operating officer of TopTal, a Palo Alto-based company that connects web engineers and designers with employers, noticed that nearly all of the company's ads on LinkedIn had been mysteriously turned off.

According to a blog post by TopTal CEO Taso Du Val, the company wrote LinkedIn to ask why its ads had been taken off the site. Du Val posted LinkedIn's email response, which said that the ads had been rejected because LinkedIn members (presumably the everyday folks who belong to the site) had "complained about the women images" the company was using.

Du Val posted an example of the "women images" that LinkedIn had shut down to give his readers an idea of the type of content the social network deemed unfit:

LOOK: One of the TopTal ads LinkedIn shut down (story continues below)

A better resolution of the woman featured in the ad: 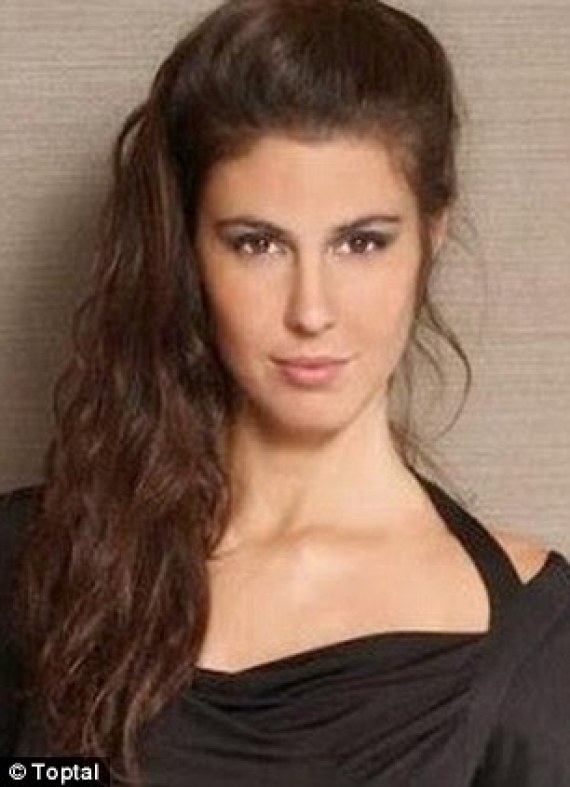 According to Du Val, LinkedIn asked TopTal to edit the ads to use different images, "related to the product advertised."

Going a step further, after TopTal attempted to turn the ads back on (but without changing the photos), LinkedIn disabled its entire account, saying (again) that access could only be reinstated if TopTal changed the pictures in its ads, according to Du Val's blog post.

LinkedIn maintained the account shutdown was a mistake. "While our customer service was going through a standard process of reviewing LinkedIn Ads, TopTal’s ads were rejected in error," said LinkedIn spokeswoman Fenot Tekle in an email to HuffPost.

In the hours following Du Val's blog post, news sites around the world picked up the story.

While Du Val told HuffPost the company sometimes uses stock pictures in its ads, the woman pictured above, Florencia Antara, is a real-life engineer with extensive experience in web development.

Eventually, LinkedIn not only reinstated TopTal's advertising account, but also allowed the company to reinstate its former ads with the same photos as before, including the one of Antara.

A source close to the story said LinkedIn customer service representatives made "a bad call" while assessing the ads. The source said that ads on LinkedIn are "constantly" being assessed for a variety of reasons, including to ensure their accuracy.

Antara spoke to HuffPost by phone on Monday from Argentina, where she works. She said she was shocked and saddened by LinkedIn's removal of the ads. "I've never felt anything like this before in IT, or in any work department." she said.

Women have "the same rights" as anybody to be eligible for web development jobs, she pointed out, including the right to have "a nice picture."