This is what it looks like to stare danger in the face.

Pakistani photographer Atif Saeed captured this incredible image of a lion at a wildlife park outside of Lahore by slowly creeping out of his car's open door. The 38-year-old told NDTV he sat on the ground, "a stone's throw" from the animal, and snapped a couple of photos, but was forced to retreat "within seconds" when the lion noticed him and leapt in his direction. 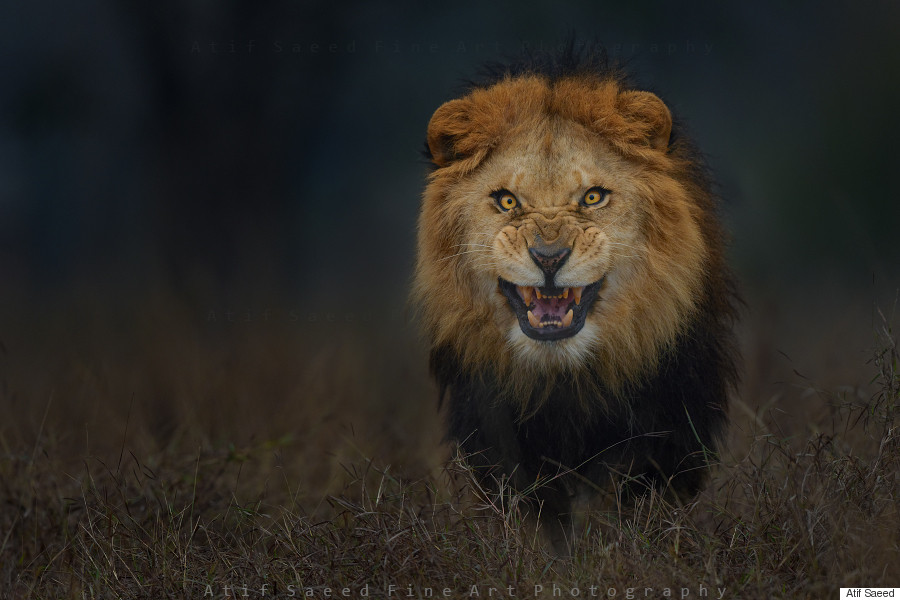 "The Ghost and the Darkness."

"It was a pretty close encounter," Saeed conceded to ABC News. "I was laughing afterwards at the time, but I don't think I'd ever be able to do something like that again."

Saeed retreated to his car, where we hope he locked the doors.

Saeed took the photo in 2012, though it went viral earlier this month. Saeed shared the photo on Facebook in 2013, titling it "Angry king;" In January of this year, he shared it on 500px, calling it "The Ghost and the Darkness."