Even when you're talking about lions.

Jean-Francois Lagrot snapped these incredible shots of a lioness rescuing her struggling cub, who seems to be holding on for dear life. The perilous position of the young lion seems to have it within inches of losing its life, just before its mother comes to the rescue.

It's touching, to say the least.

The shots were taken at Kenya's Maasai Mara game reserve in August, according to MSNBC. The reserve is world famous for its astounding population of big cats, as well as zebras and gazelles. However, in recent years, the Mara has been in a bit of jeopardy as encroaching human populations have been posing a threat to the area, and closing in on animal populations.

You can see the lion cub drama play out in the slideshow below. 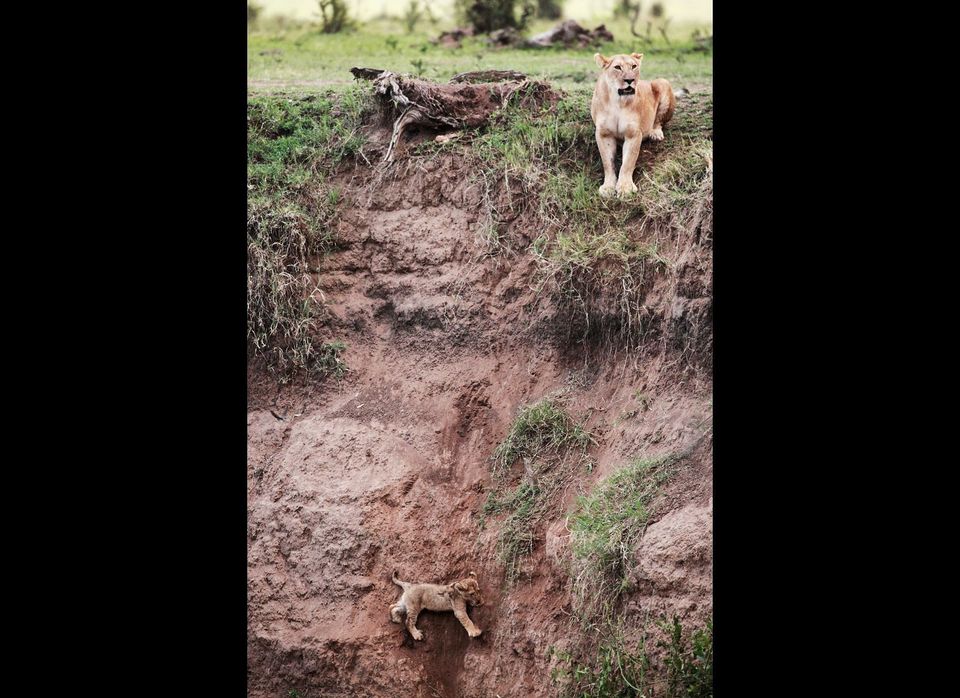